It wasn’t just you — July was hot. In fact, it was the hottest month ever recorded on Earth.

According to the National Oceanic and Atmospheric Administration, Earth’s temperature in July 2019 was 1.71 degrees Fahrenheit above the 20th-century average, the warmest month since record-keeping began in 1880. Of the the 10 warmest Julys on record, nine have occurred since 2005.

In the rapidly warming Arctic, sea ice melted to a record low for July to 19.8% below the 1981–2010 average. The rising temperatures are consistent with climate change, which scientists say is caused by humans burning fossil fuels and emissions of other potent greenhouse gases.

These pictures show how the record warming affected the globe this July. 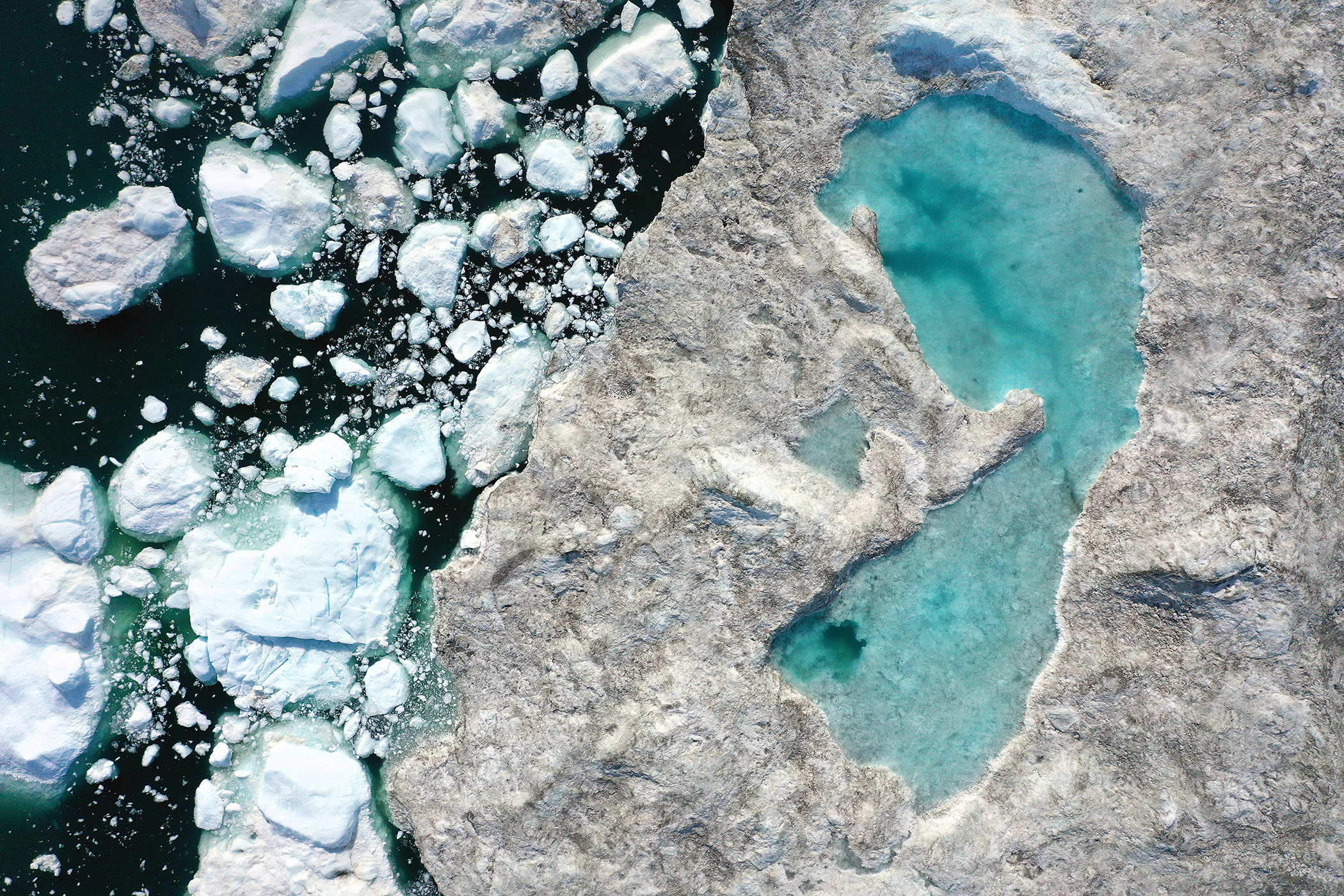 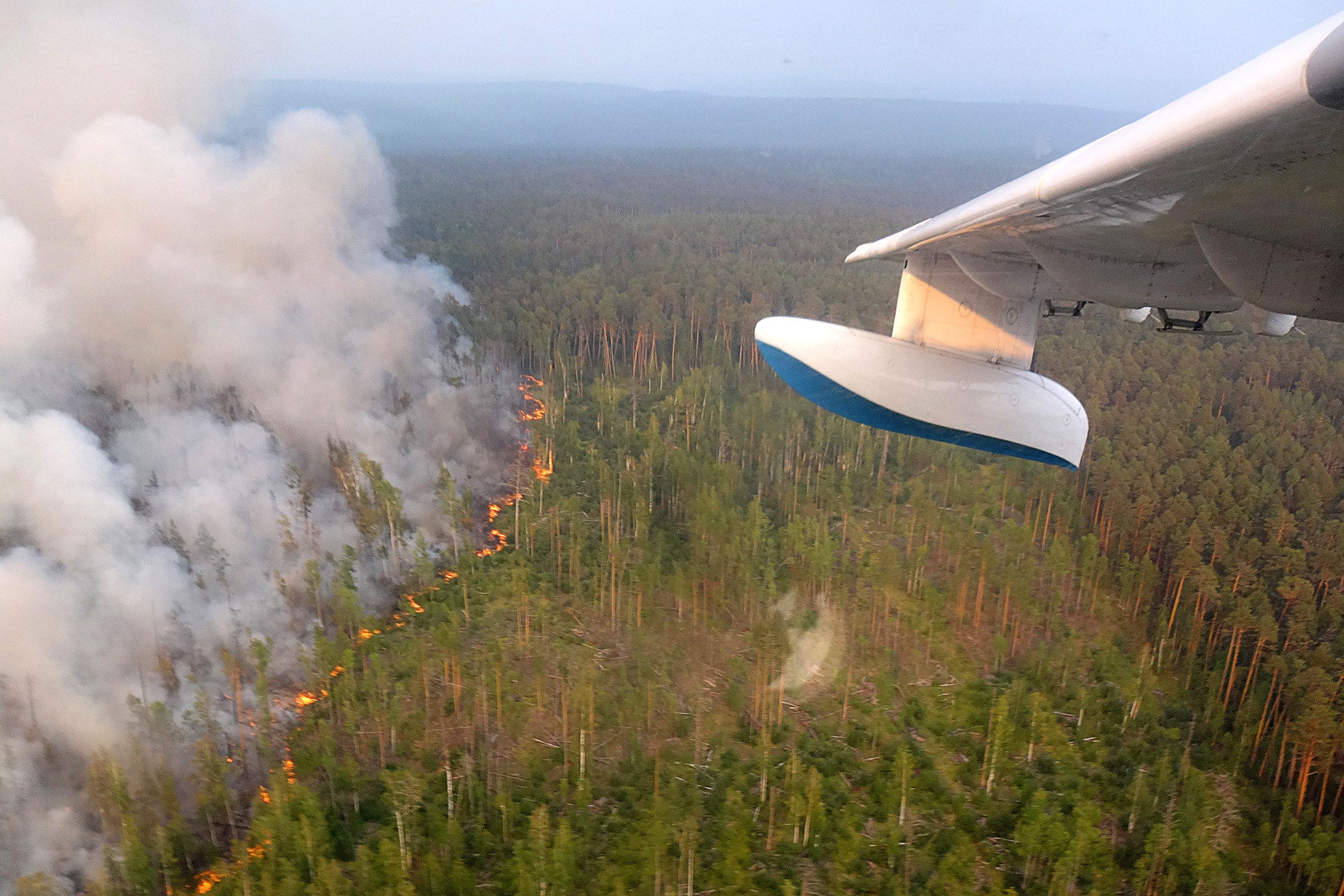 A wildfire burning across 1 million hectares of woodland in Russia’s Krasnoyarsk Territory, July 30. 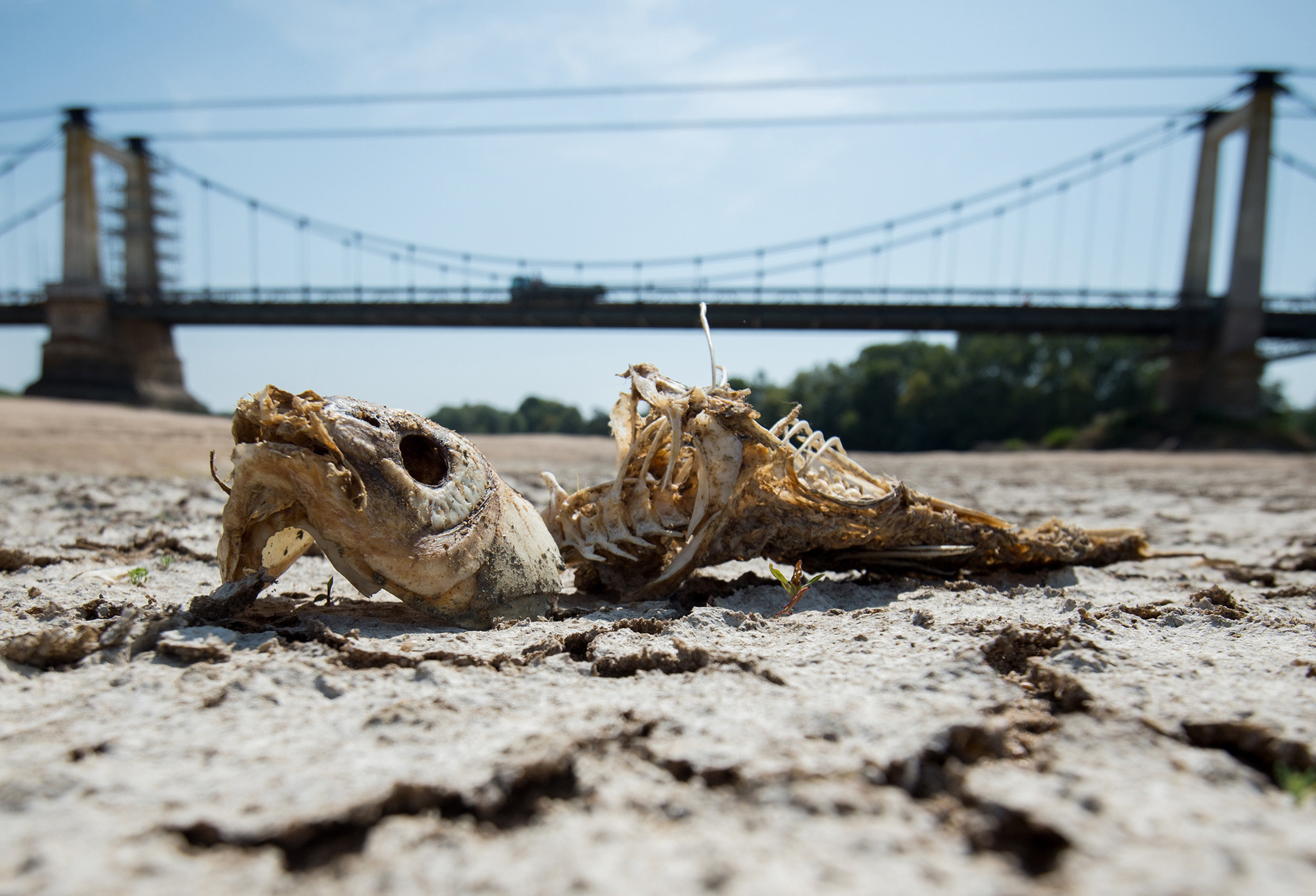 A fish skeleton lies on a dry part of the Loire River bed due to drought, July 25. 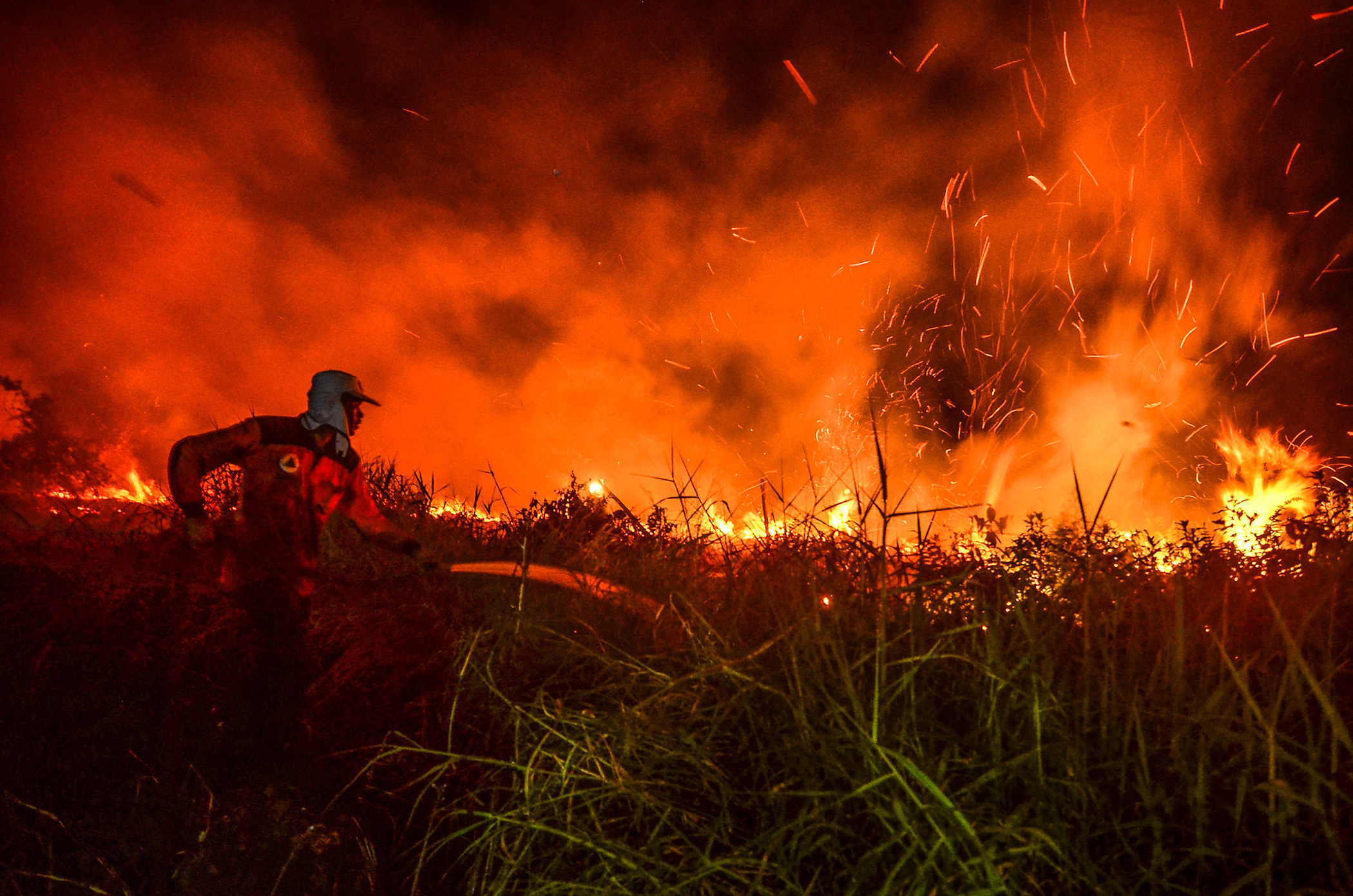 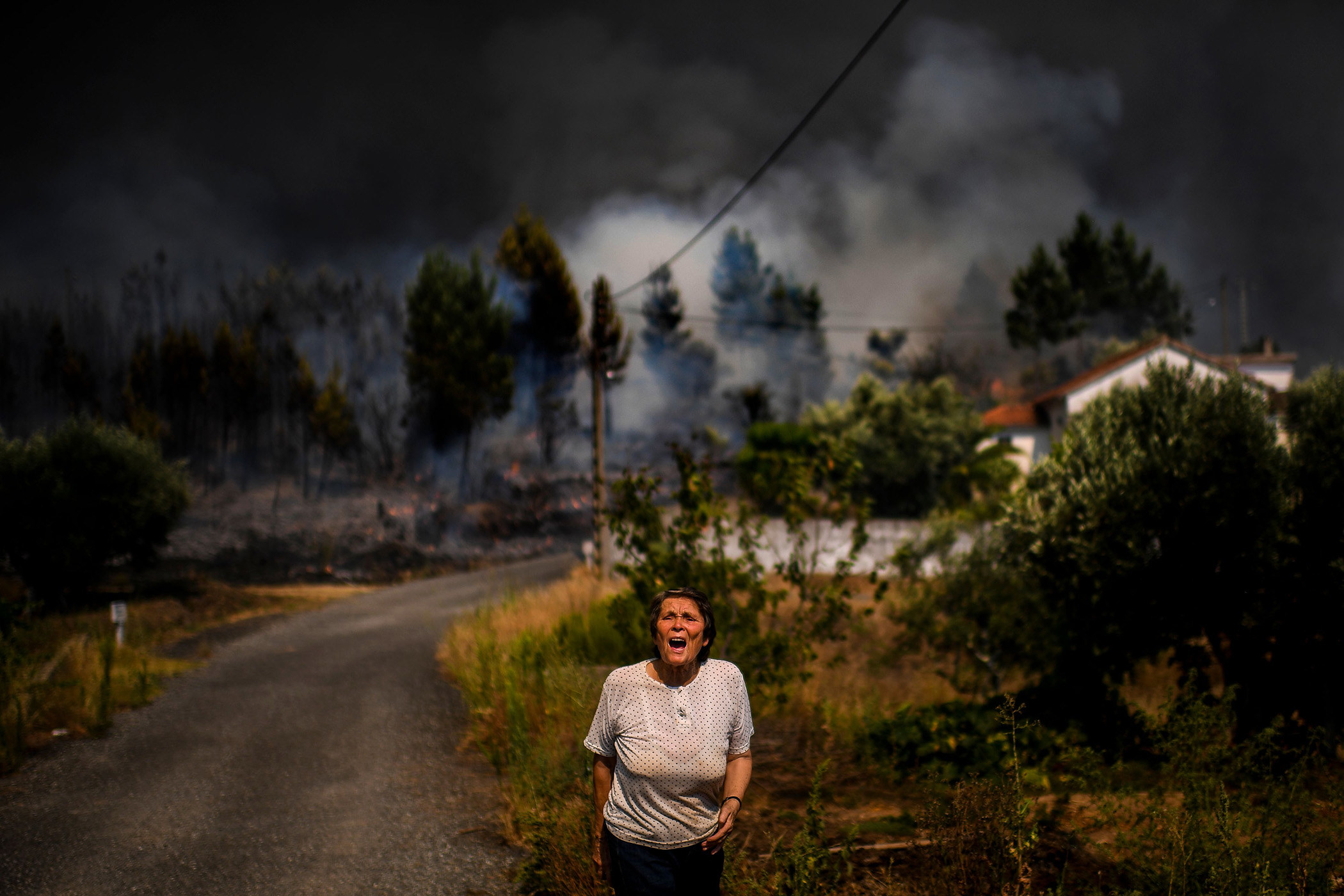 A villager shouts for help as a wildfire approaches a house, July 21. 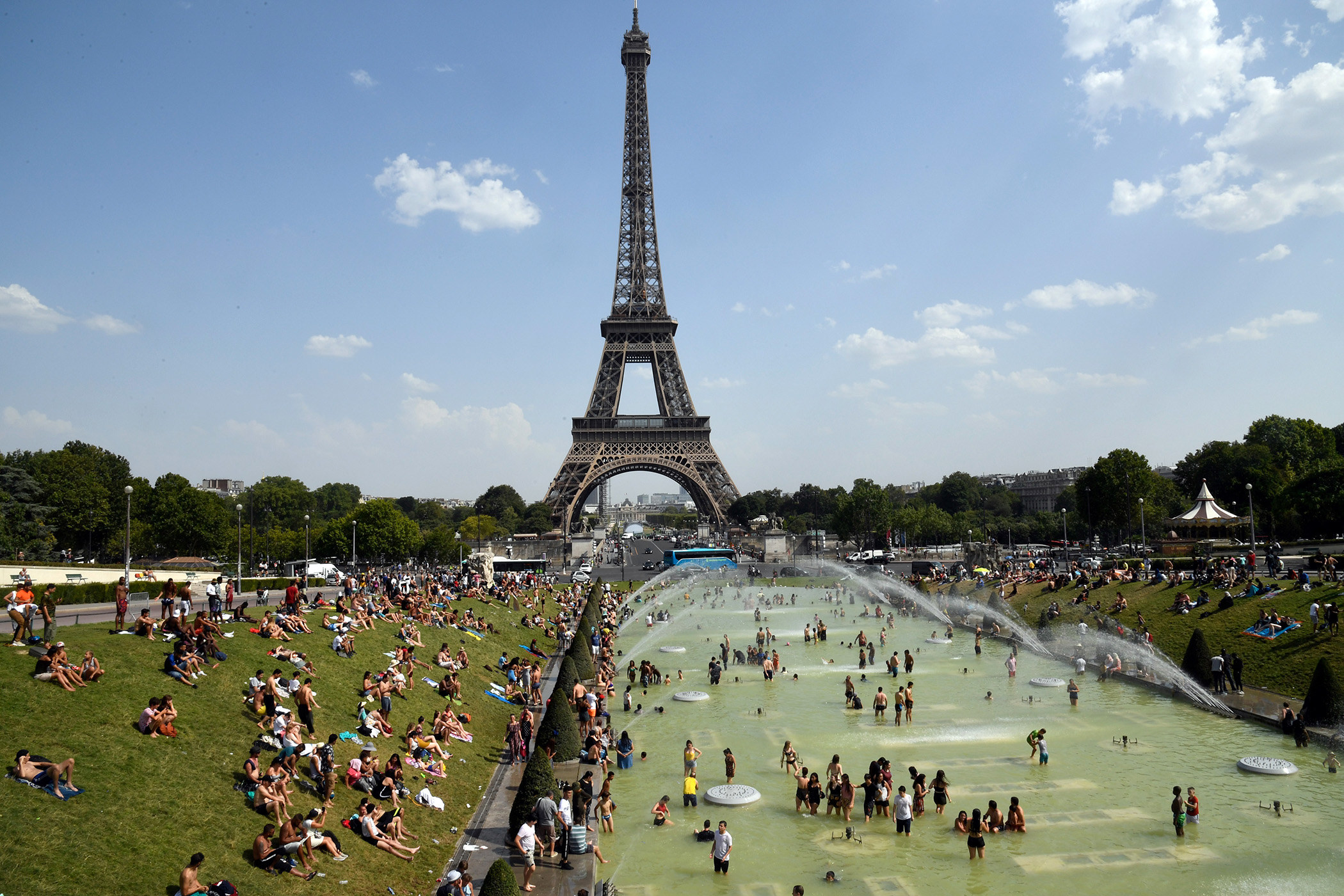 People cool off and sunbathe by the Trocadero Fountains next to the Eiffel Tower, July 25. 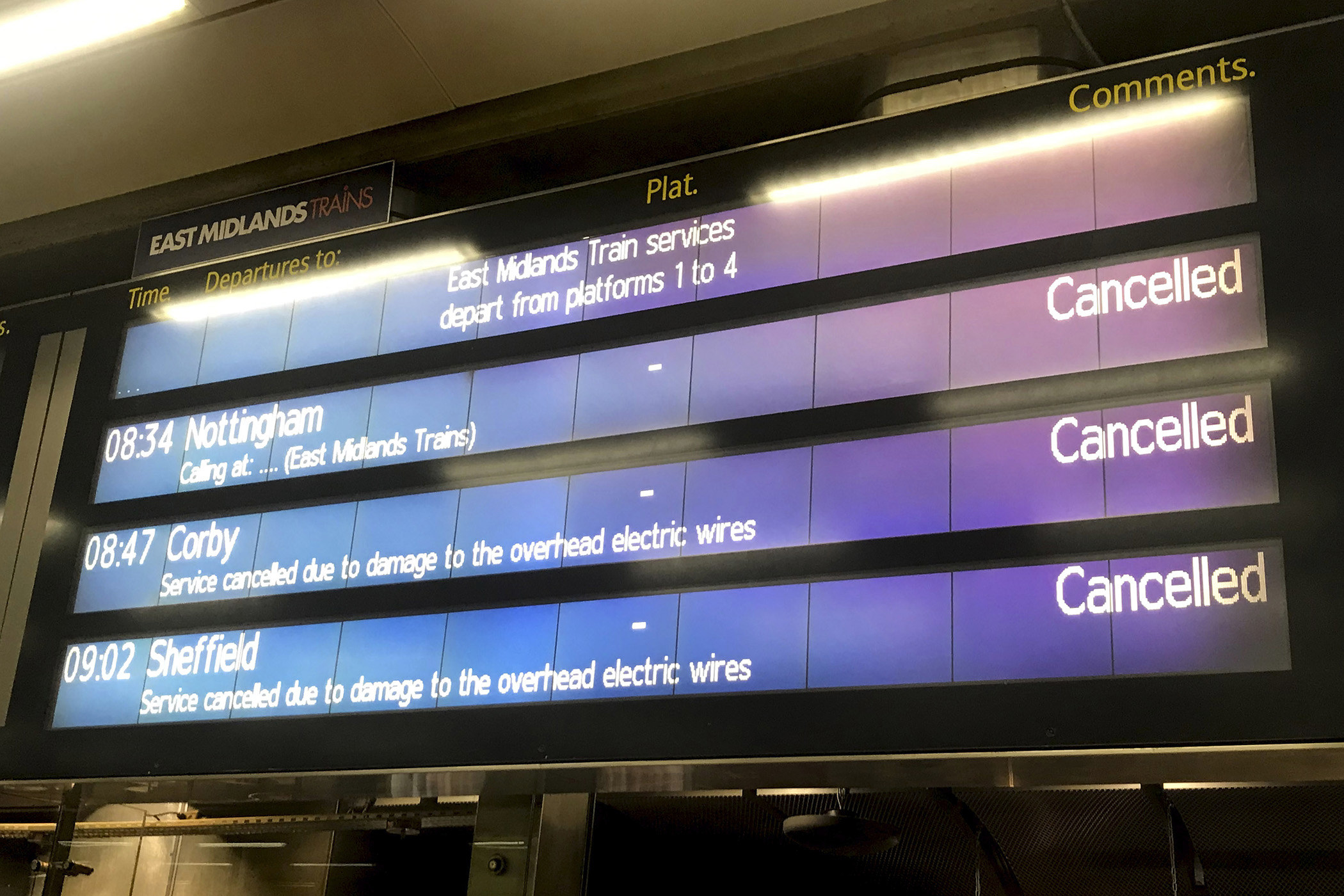 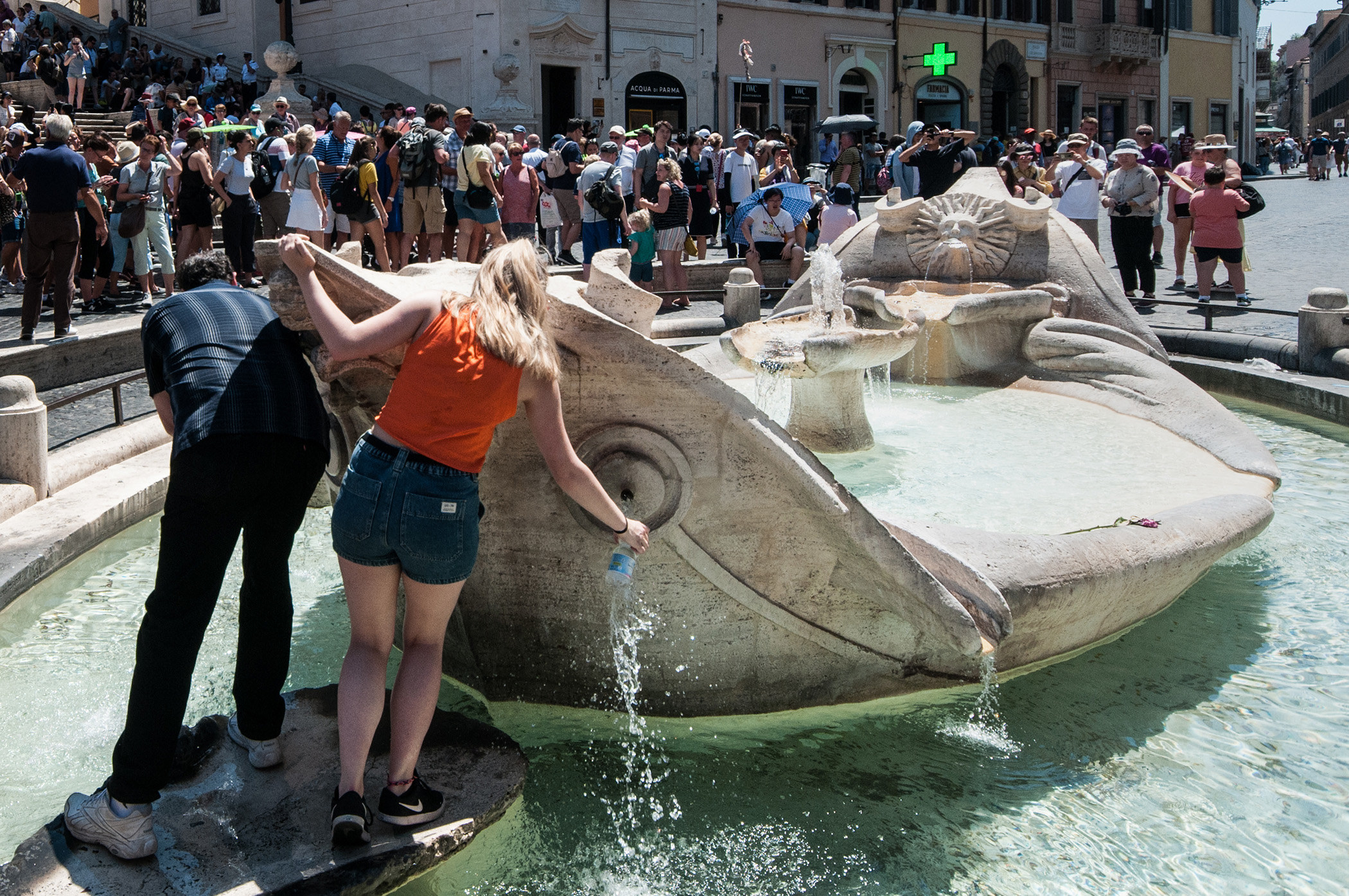 People cool down at the Fontana della Barcaccia, July 1. 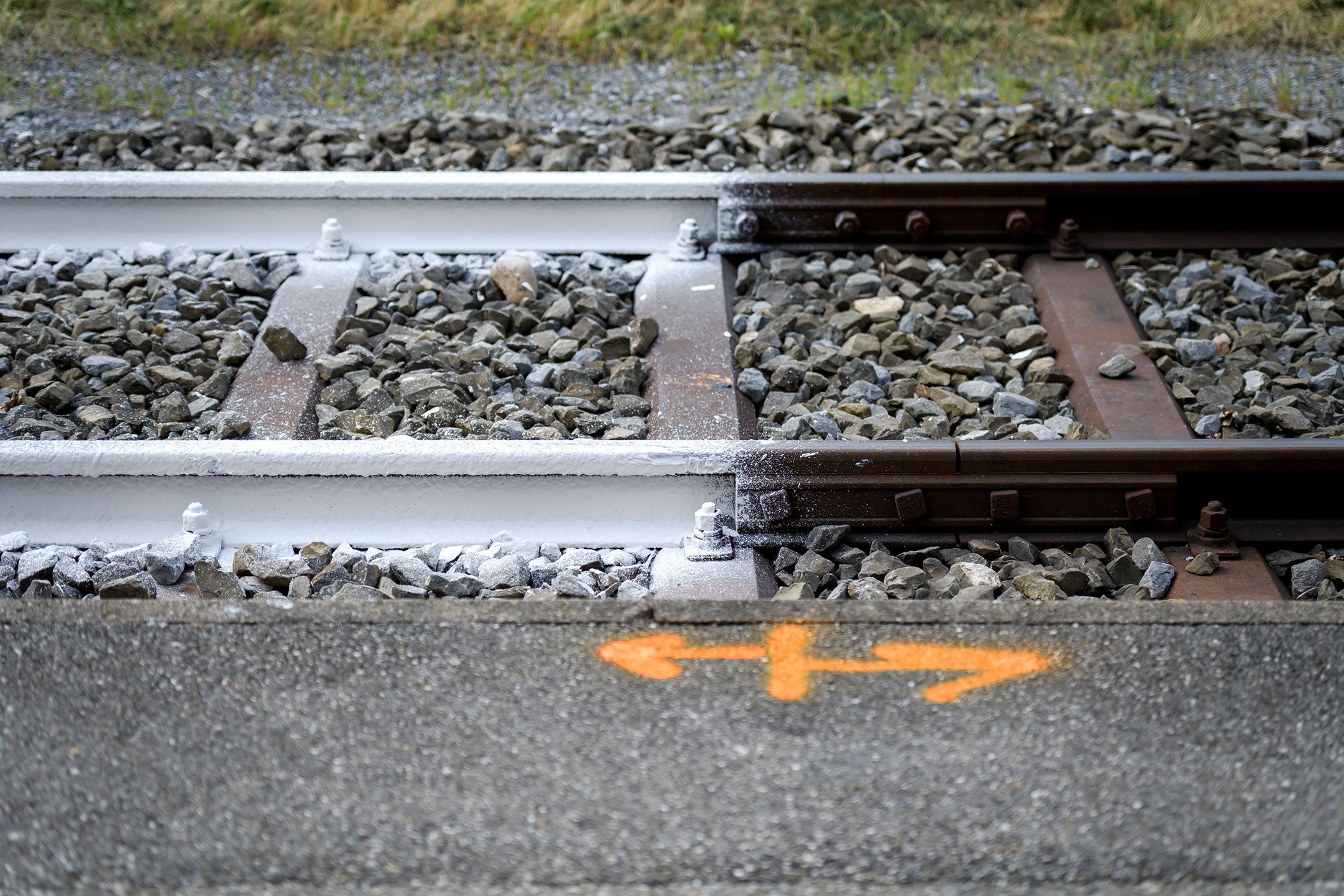 Train rails are painted white to lower the temperature, July 26. 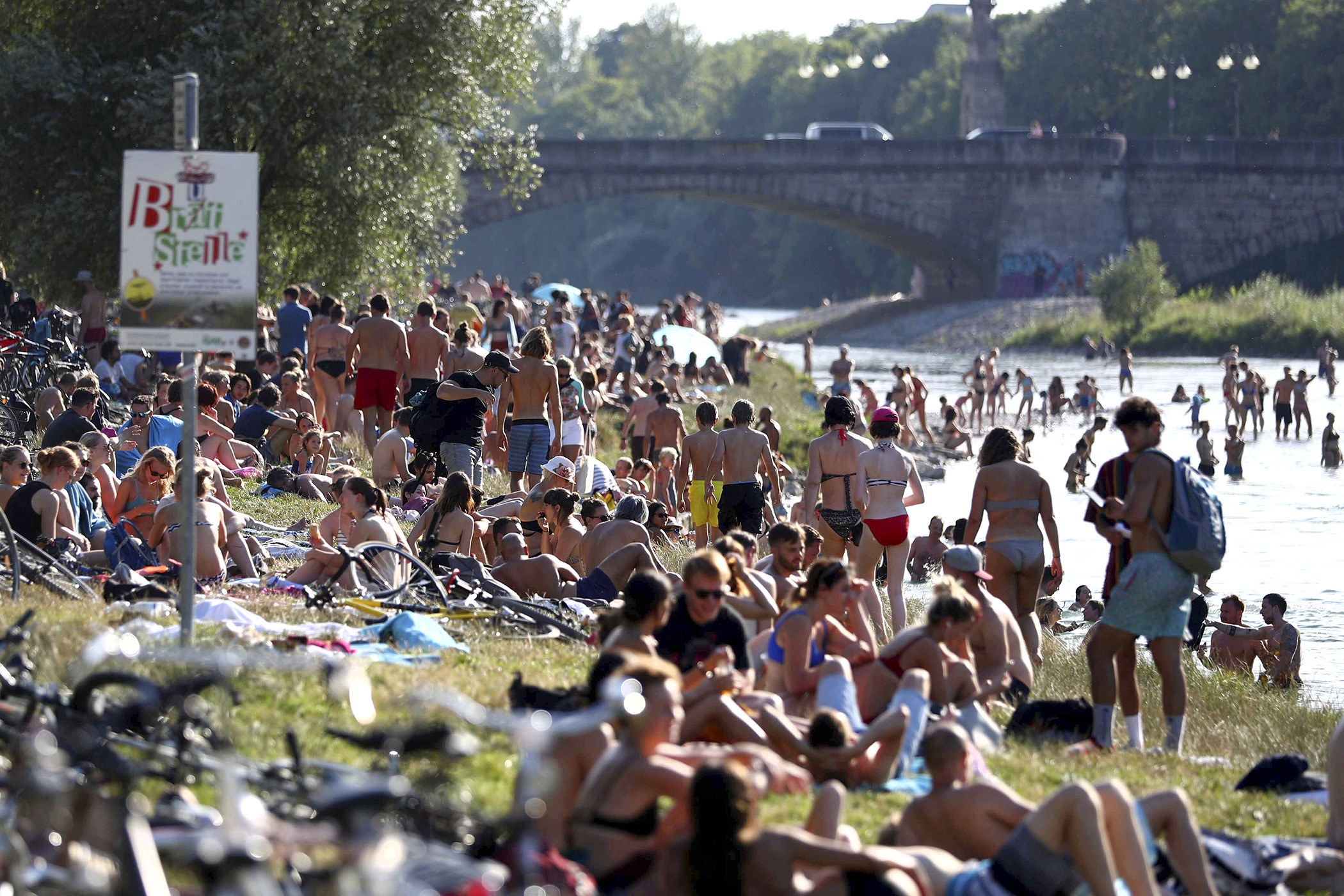 People sunbathe in the hot summer weather at the Isar River, July 25. 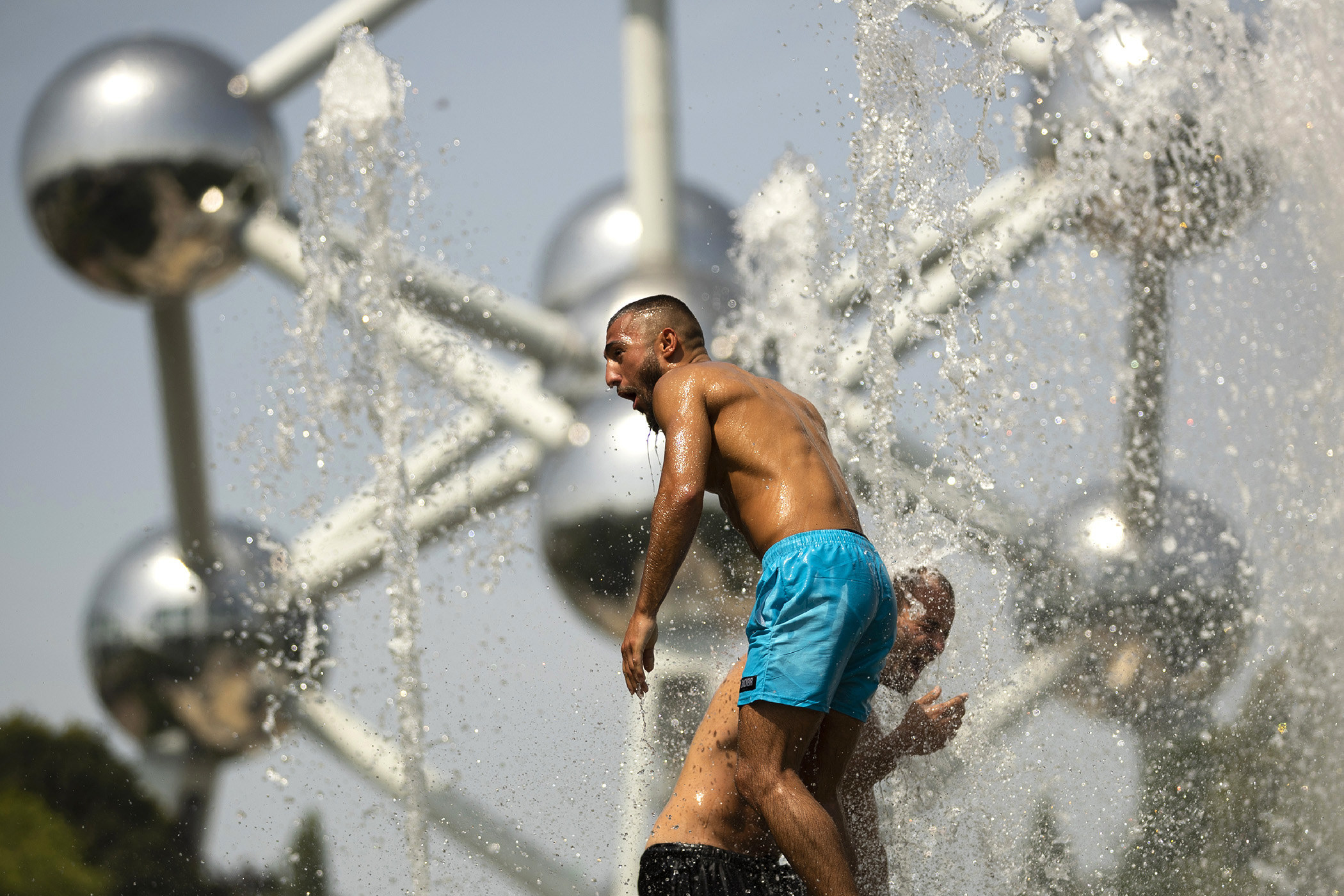 Two men cool off in a public fountain near the Atomium, July 24. 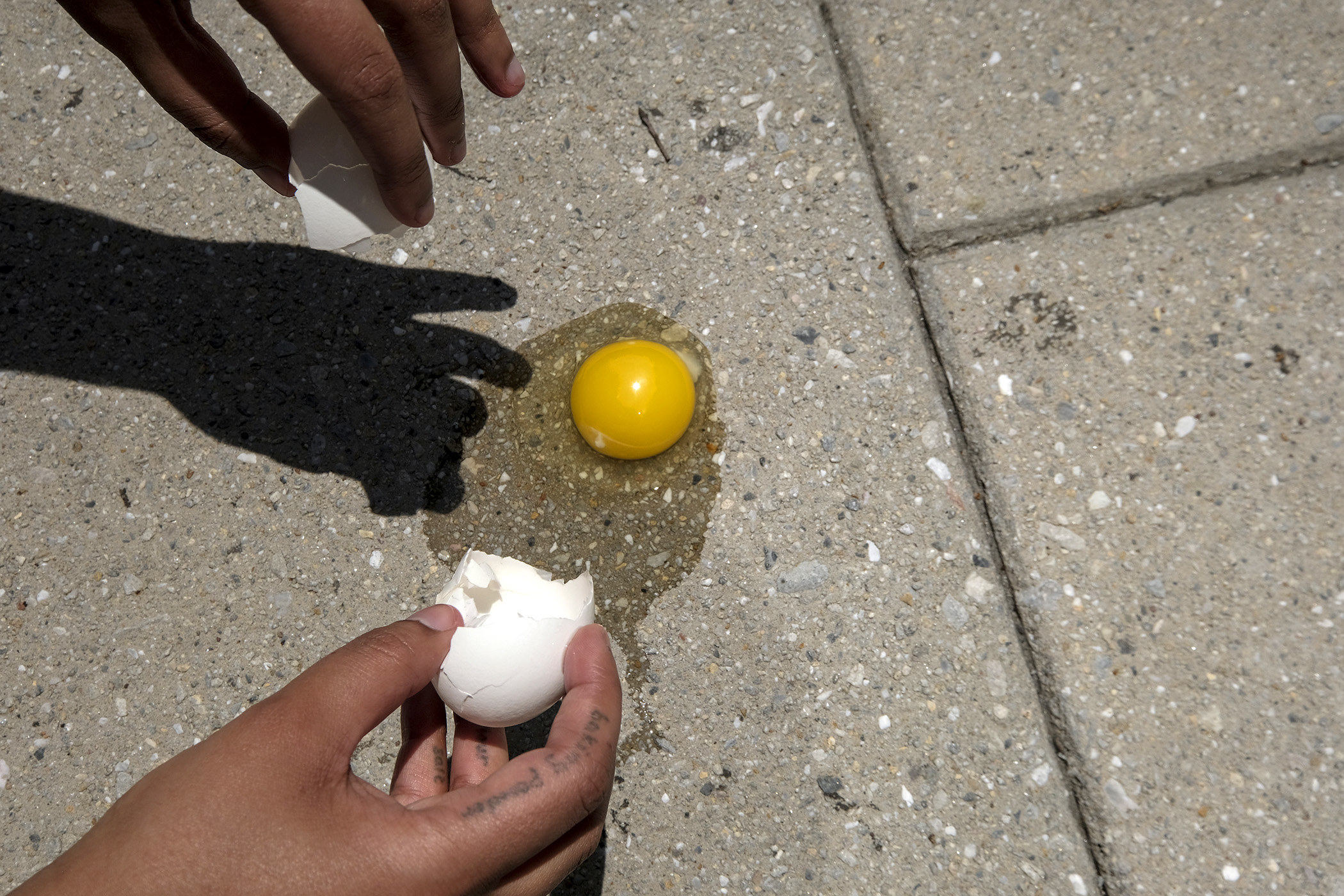 A person cracks an egg to cook on a hot sidewalk, July 19. 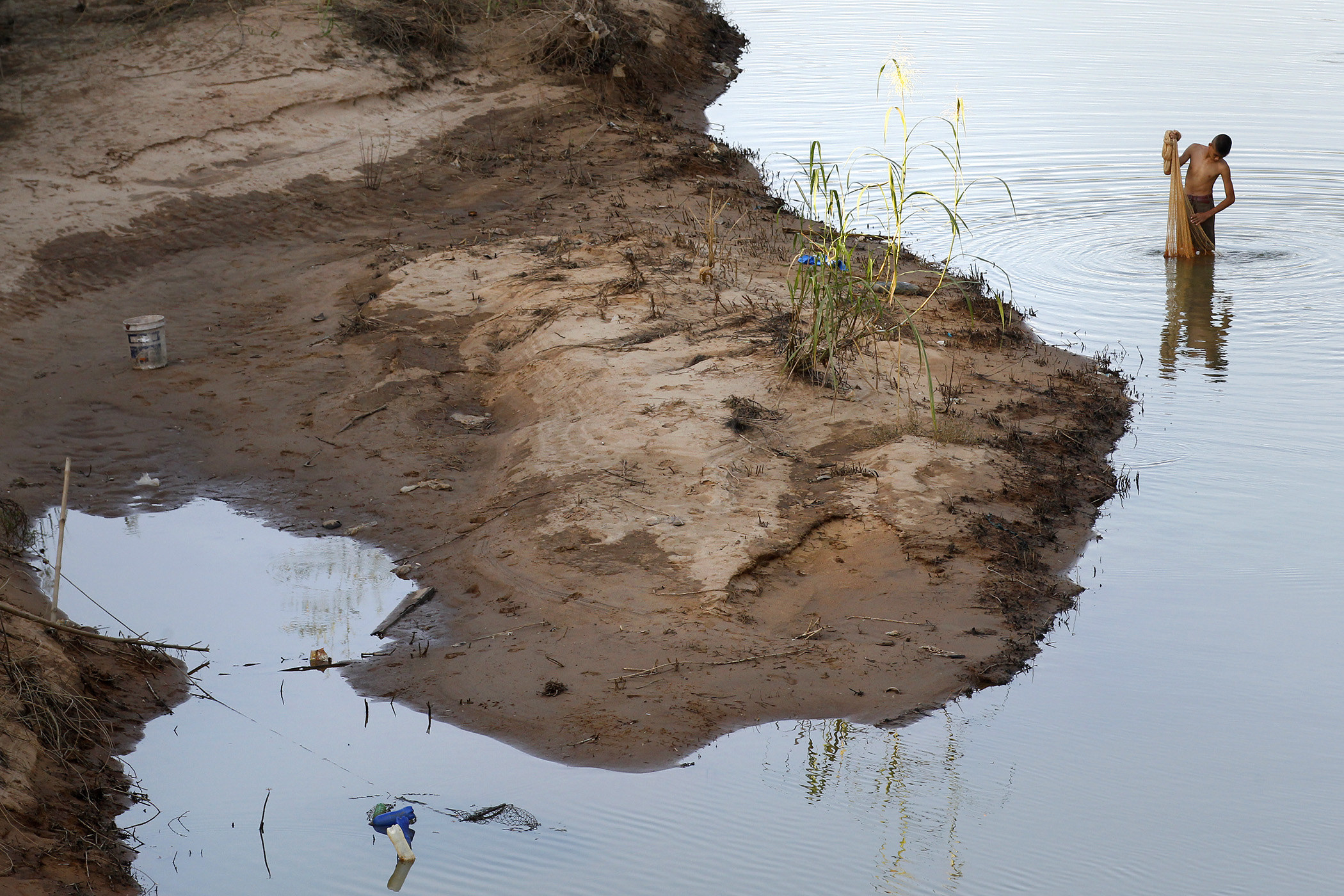 A boy clears his fishing net in the Yom River during the drought season, July 19. 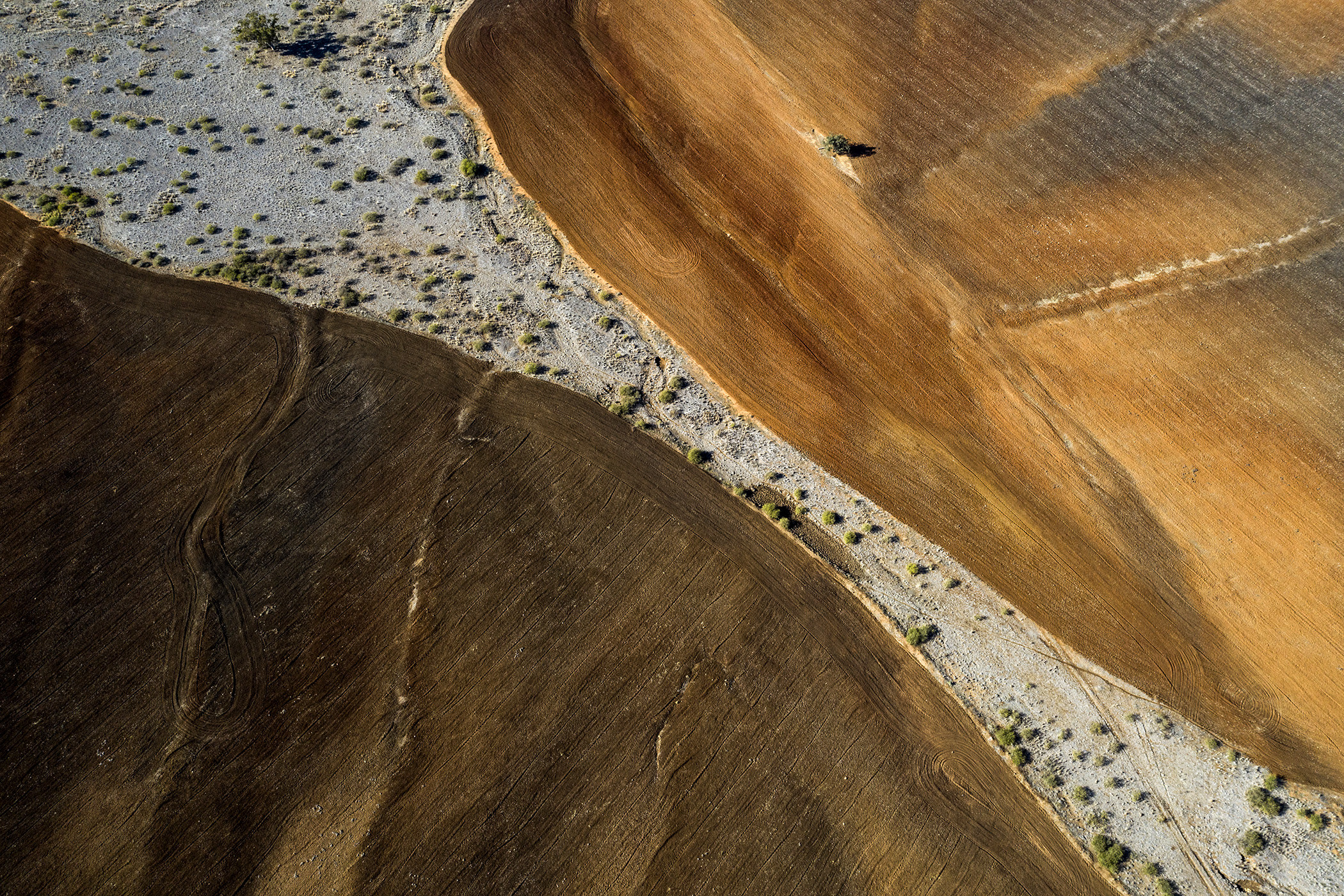 An aerial view of farmland during severe drought, July 13. 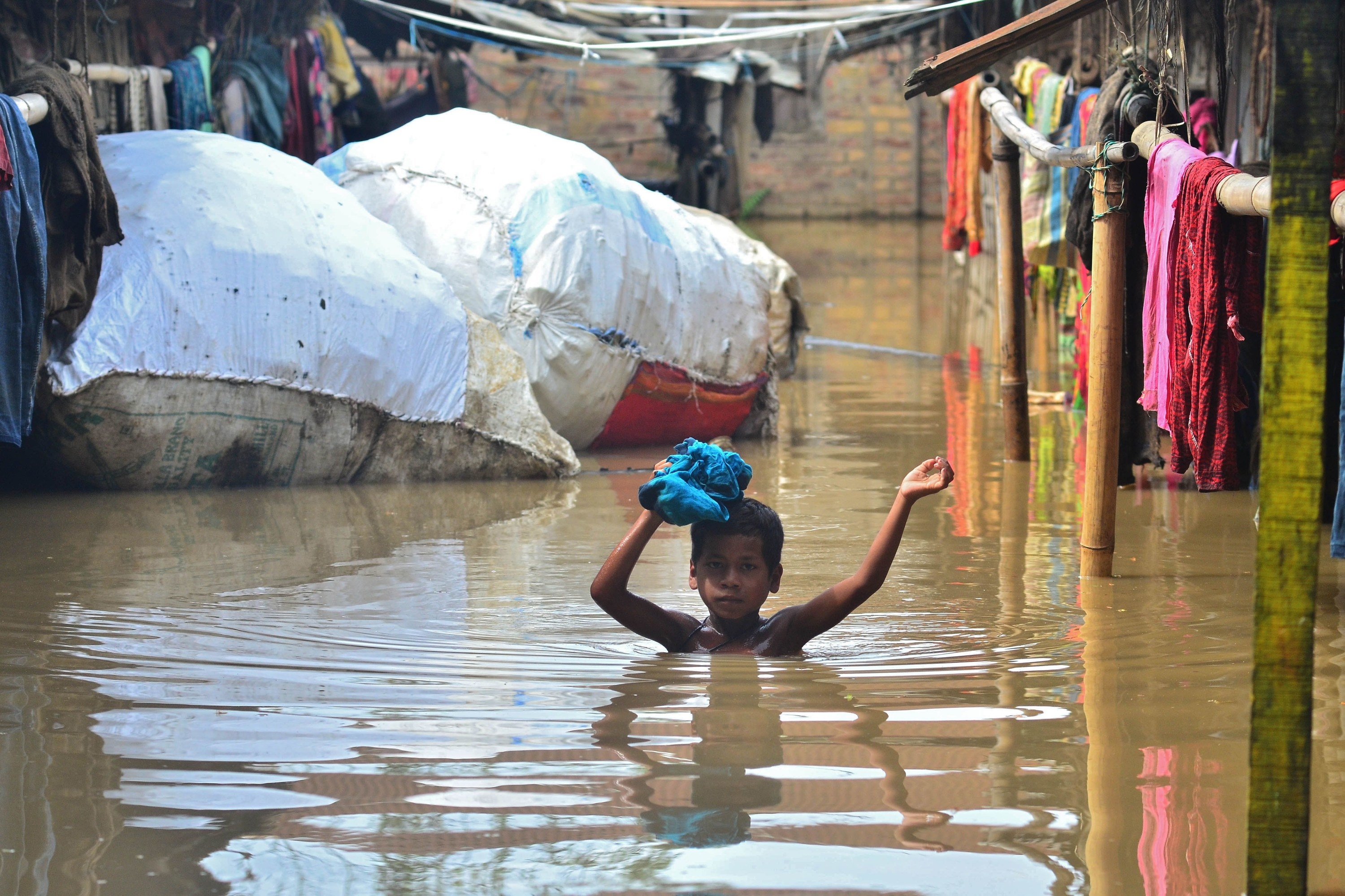 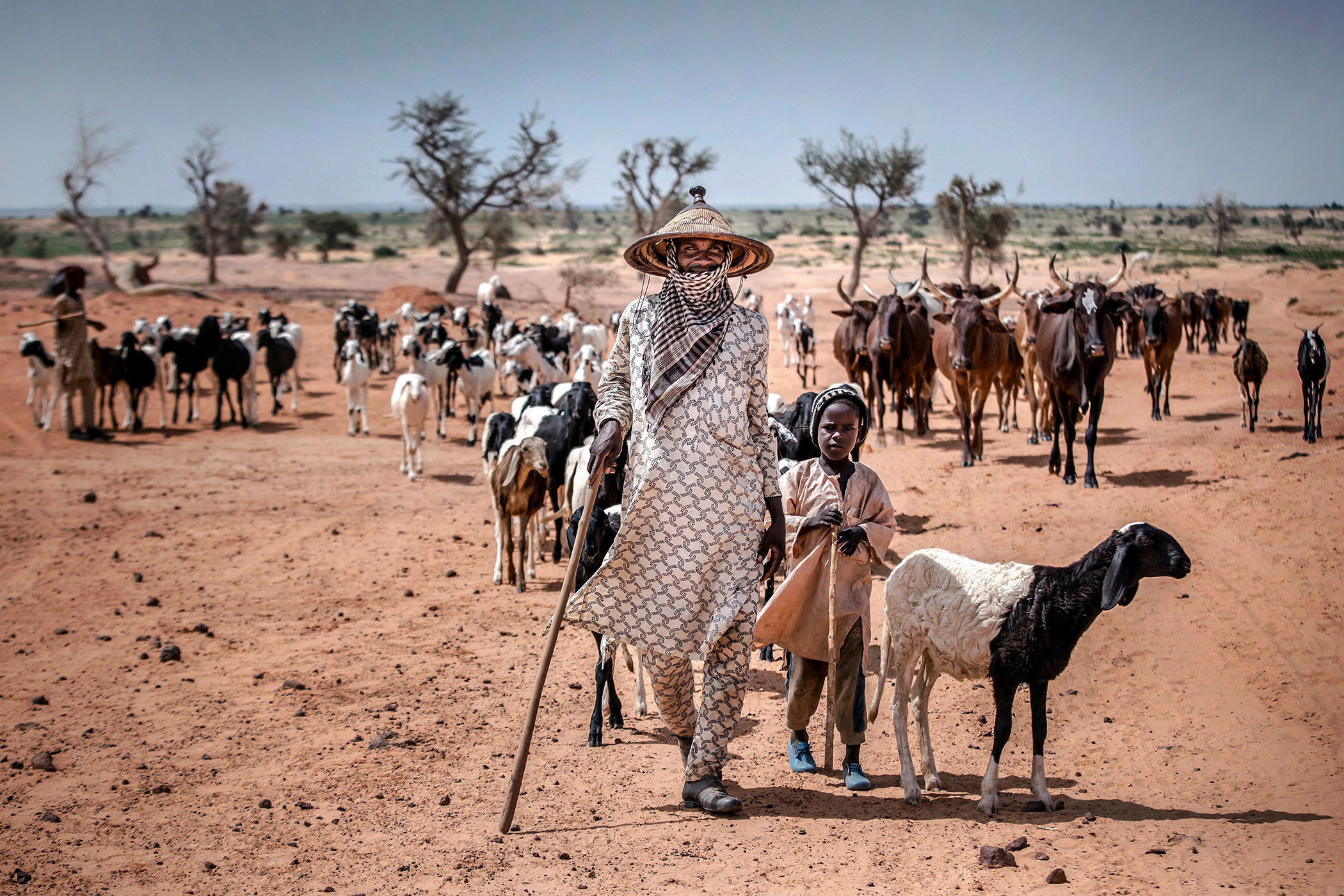 A nomadic Fulani man and his son walk with their cattle on the way to Nigeria during a prolonged drought, July 29. 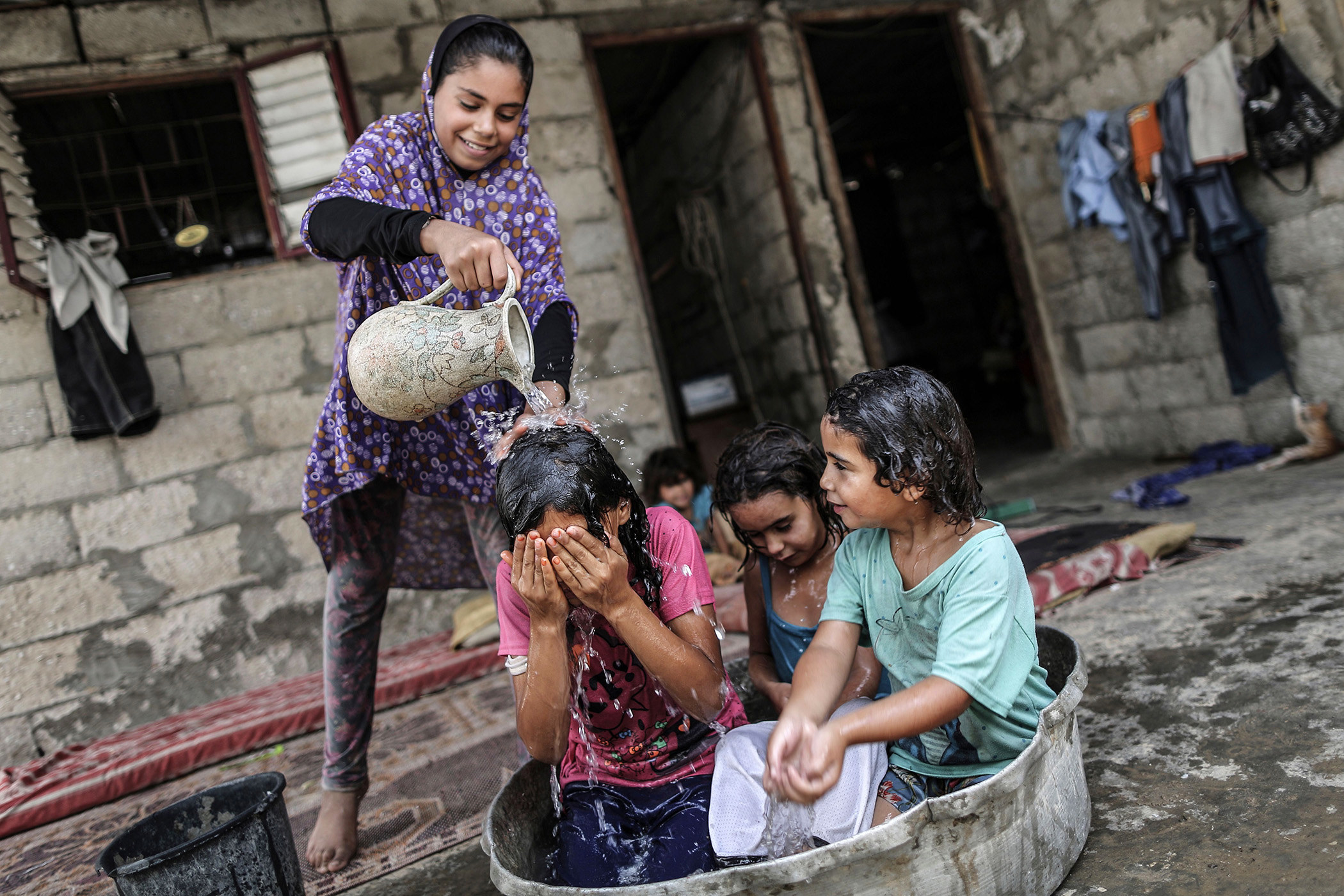 Palestinian children take a bath on the outskirts of the Khan Yunis refugee camp, July 17. 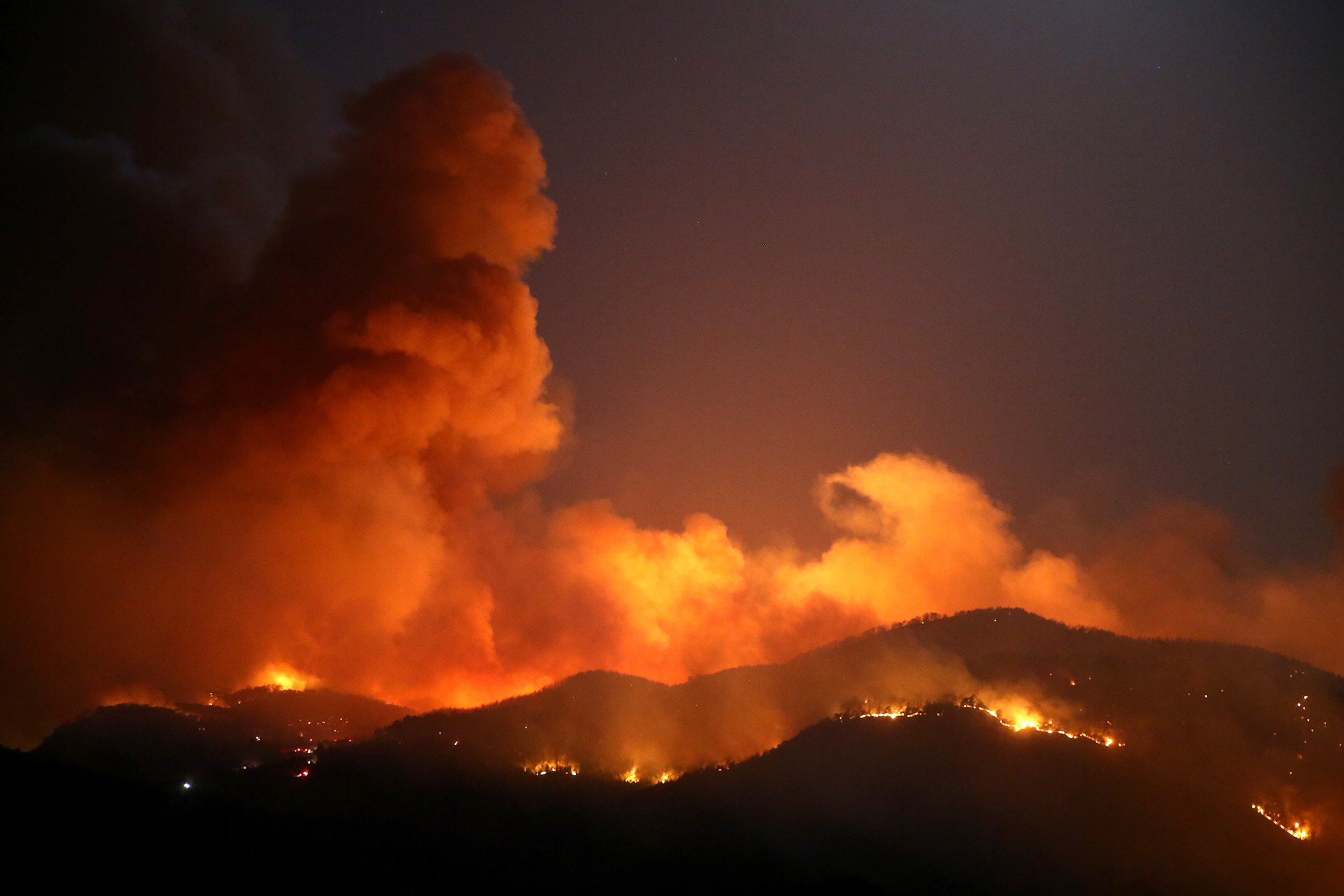 Flames and smoke rise as firefighters try to extinguish a blaze that broke out in a forest in Muğla’s Dalaman district, July 11. 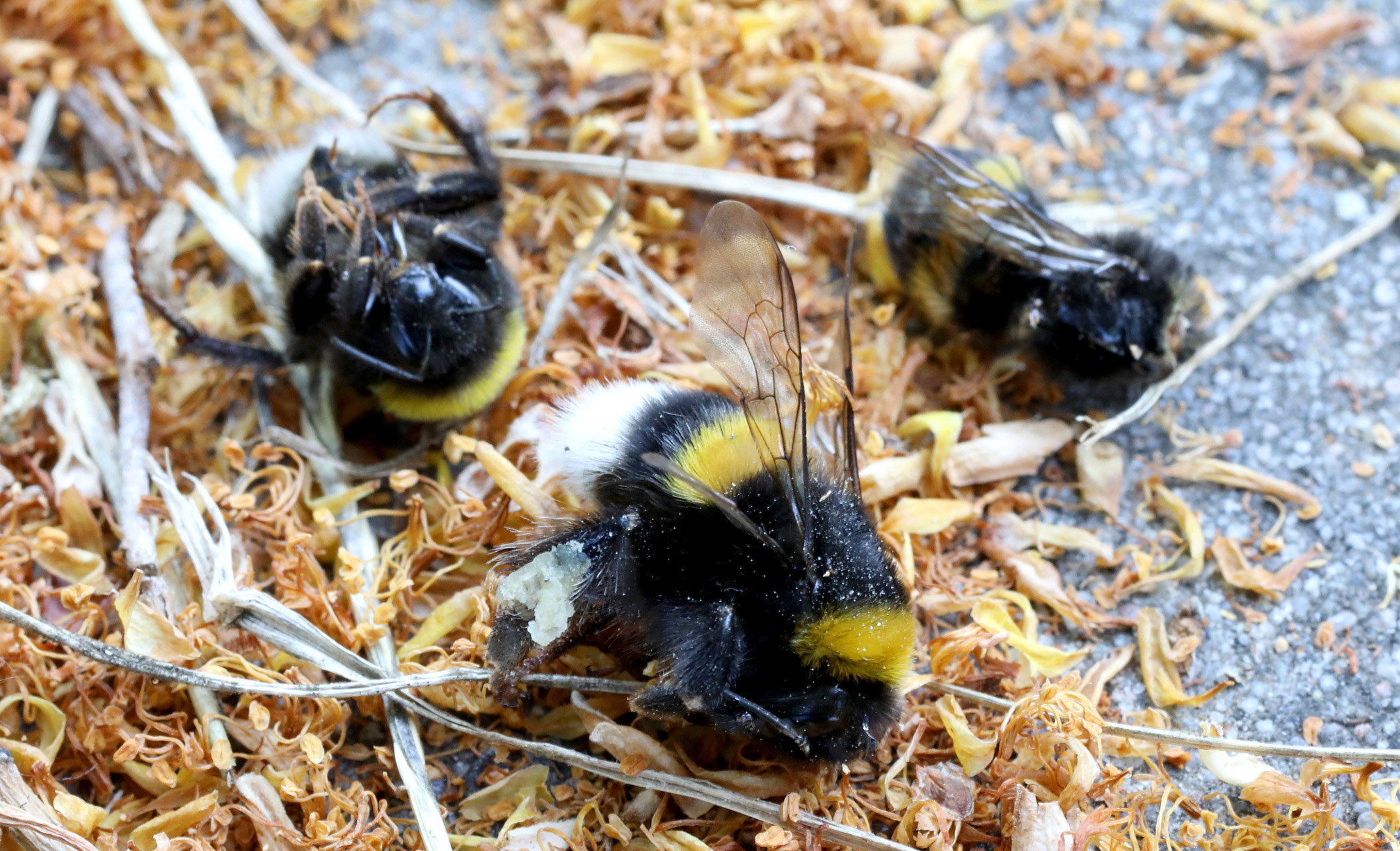 Dead bumble bees lie on a footpath under a lime tree, July 18. The main reason for the death of the bumblebee is the lack of nectar in midsummer. 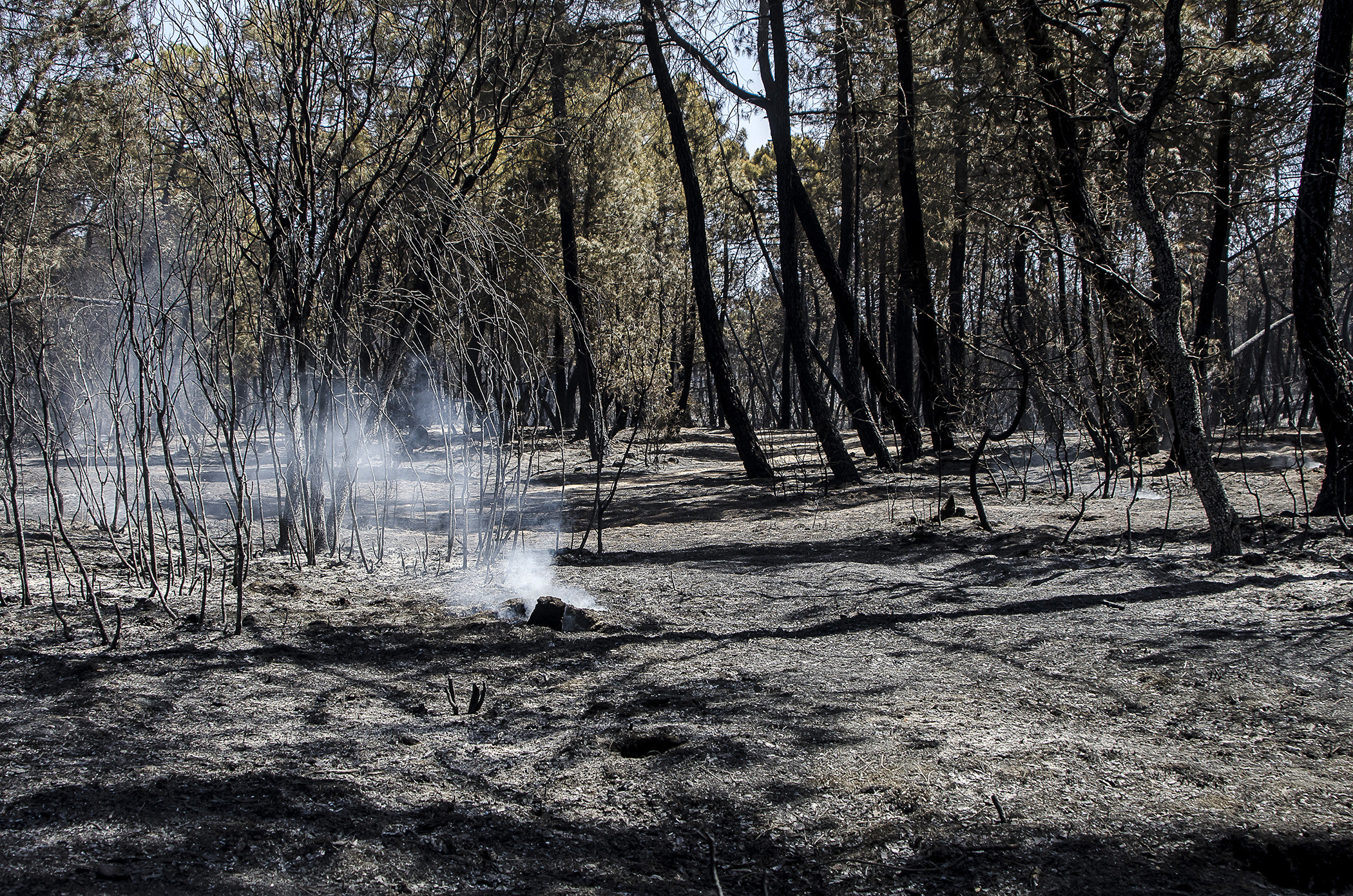 Burned woodland smolders three days after of a forest fire destroyed over 2,000 hectares of land, Aug. 1. 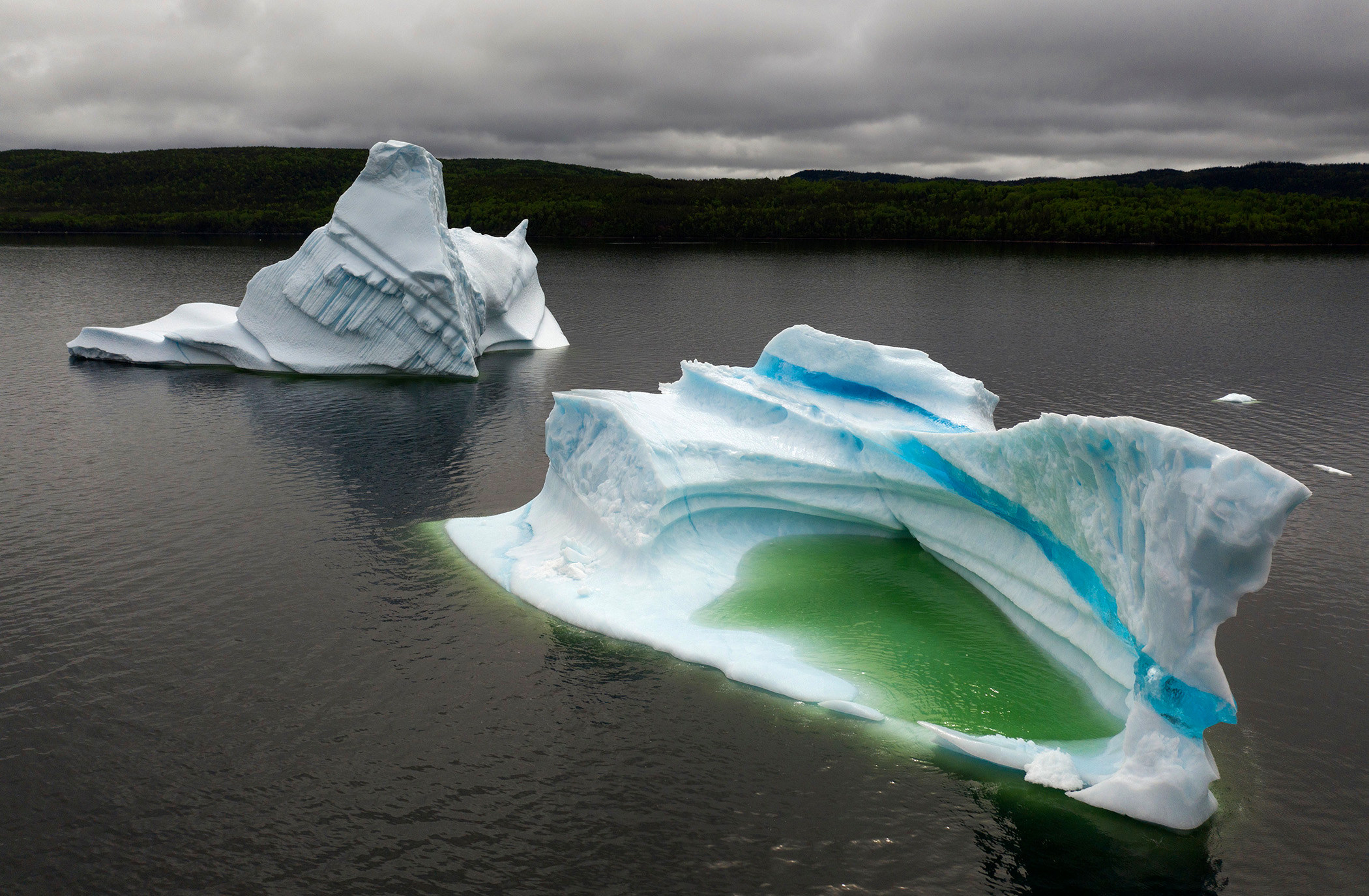 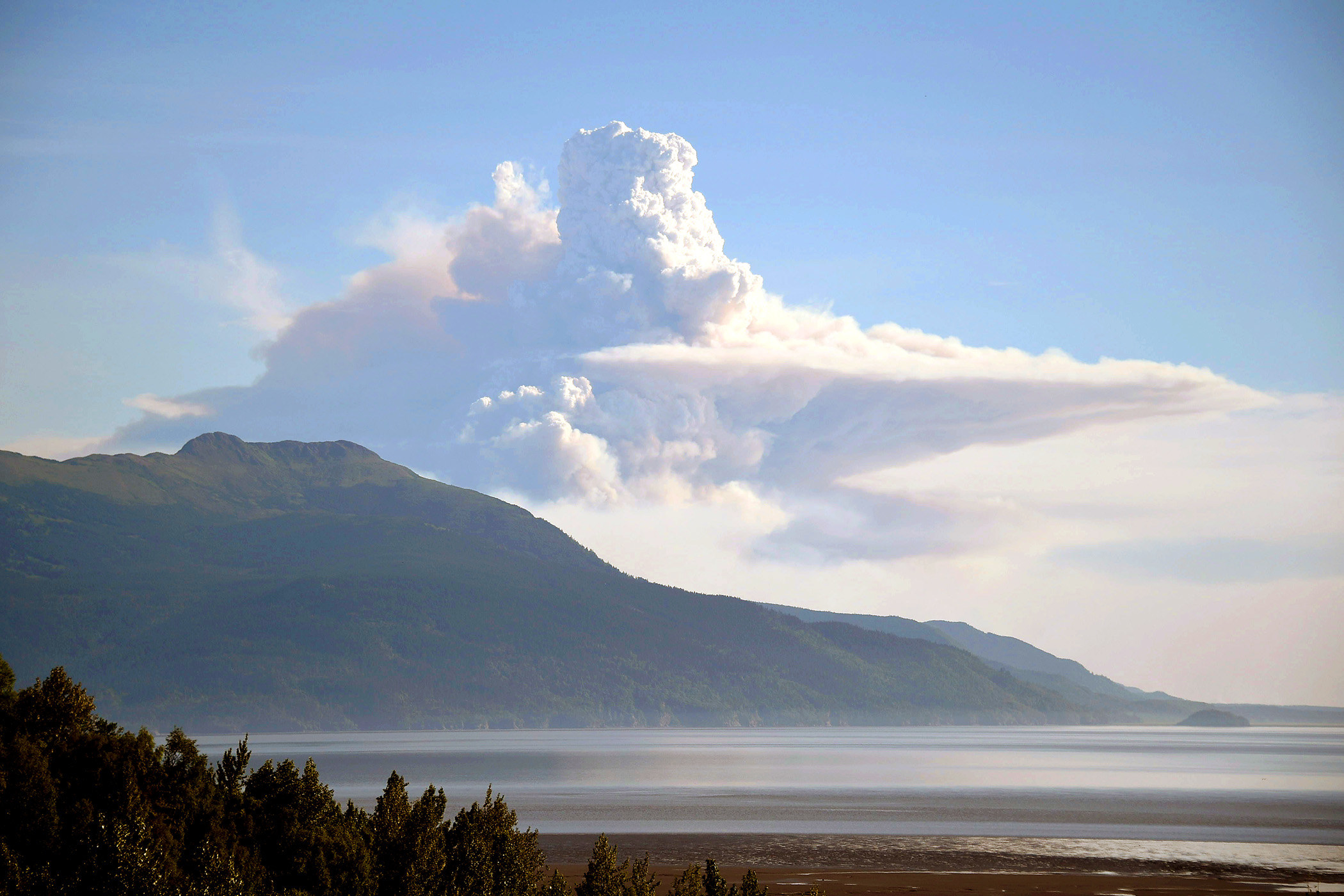 Smoke rises in the air from a wildfire near the Cook Inlet area, July 4. 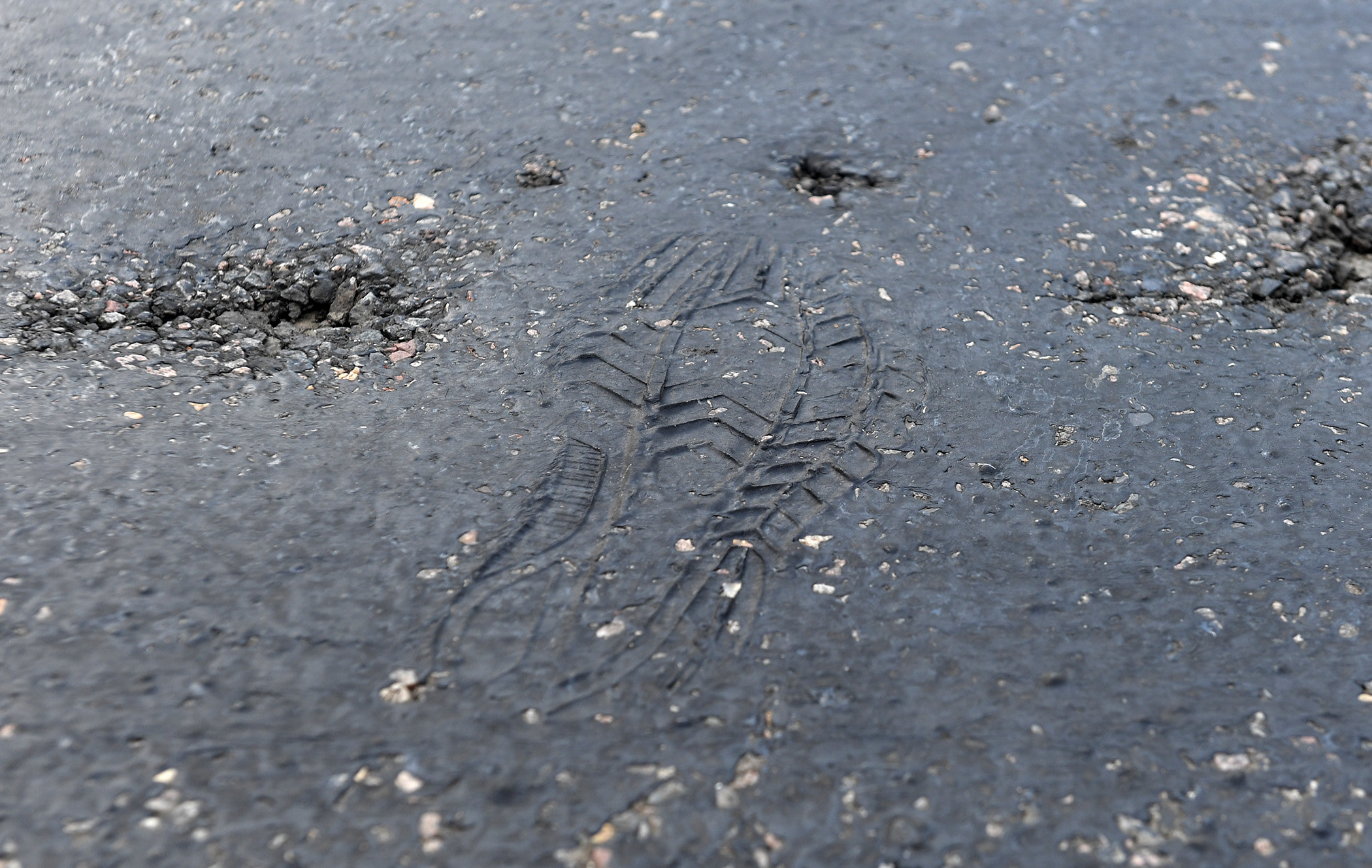 A footprint can be seen on a road where the tarmac has started to melt, July 25.