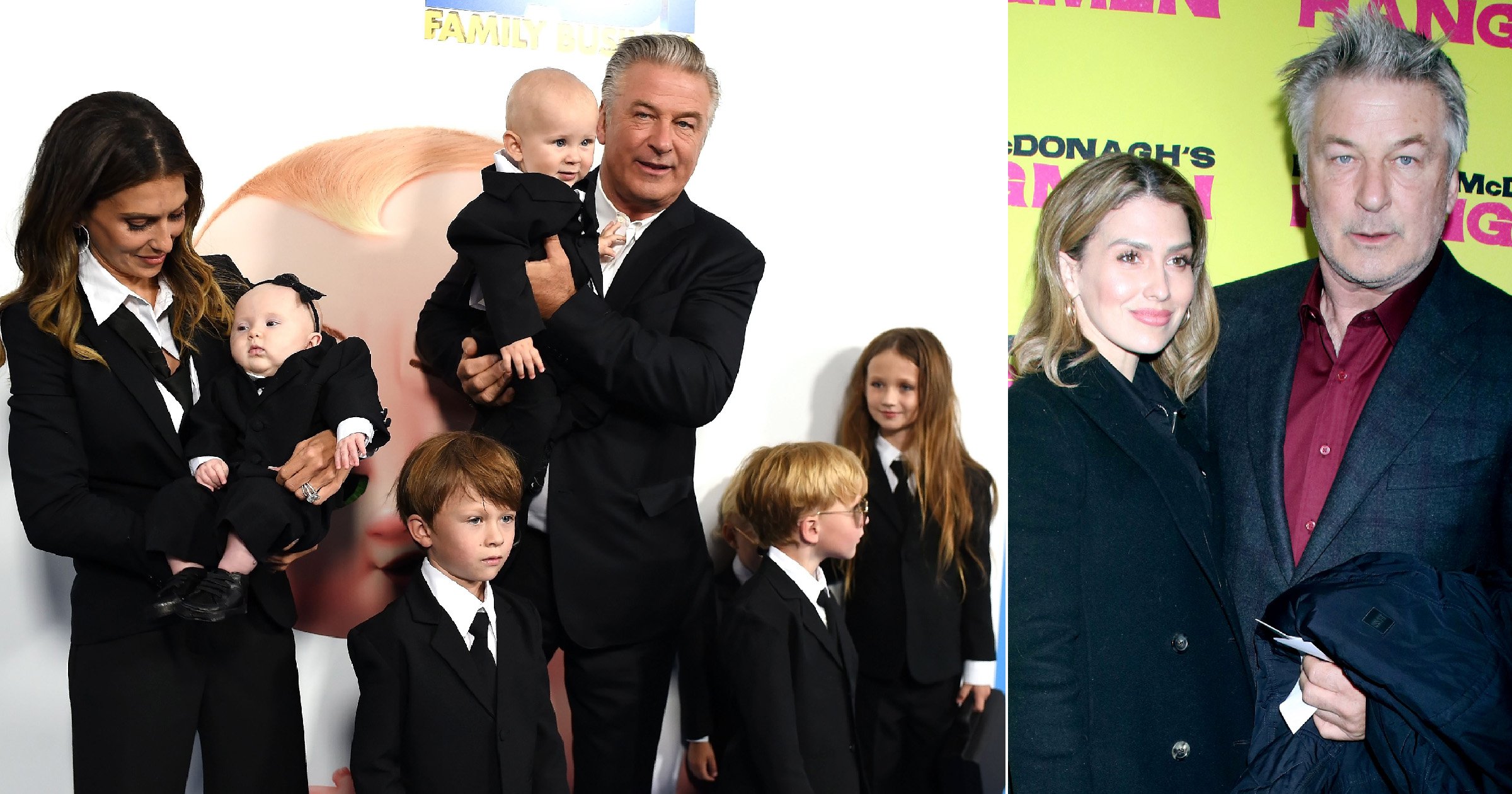 And while the wellness guru is known for her large brood, she thinks it might be time to call it a day. That being said, she’s not ruling out the pitter patter of tiny feet one day in the future.

‘I would have said before [that I’m] definitely done,’ she began.

‘Seven kids in, I feel like I am, but it’s Alec and me — so, time will tell!’, the Living Clearly Method author told Us Weekly while promoting her new Witches Anonymous podcast.

The Massachusetts-born mother-of-seven also spoke about Ilaria’s arrival, explaining that, actually, not much has changed in their house since she was born.

‘I have to say that once I passed three kids, I just embraced the chaos,’ Hilaria added.

‘We have a wild and super fun house. Always something going on.’

And while the Mom Brain podcast host loves being a mother, she also admits that it isn’t always easy.

‘Being truly present for each one of them is hard, and I obviously don’t get it right all the time,’ she said. ‘My two oldest have nightly homework that I do with them, and to balance play with the younger ones, breast-feeding the youngest — it can get to be quite a juggle.’

Hilaria confessed to experiencing ‘guilt’ every day as a parent, but she tries to not be so hard on herself, especially after giving birth just over a month ago.

‘It doesn’t matter if you have one kid or a million, I think many parents feel like we are never enough,’ she spoke candidly.

‘This is where I’m trying to lean into self-compassion, realising that I’m only one person trying her best, and by being kind to myself, I set a healthier example for my kids to be kind to themselves too.’

They described their newborn as ‘just as magical and filled with love as every other little person we have been blessed with.’

Hilaria and Alec added that her ‘Baldwinito siblings’ are ‘so excited’ to have another little one in the house, and keep discussing ‘who she looks like the most.’