Even in trying times, Robin Williams’ friends could always count on him to crack a joke. After Christopher Reeve fell off a horse in May 1995 and was left quadriplegic, one of the first people who visited him in the hospital during his recovery was none other than his pal Williams. 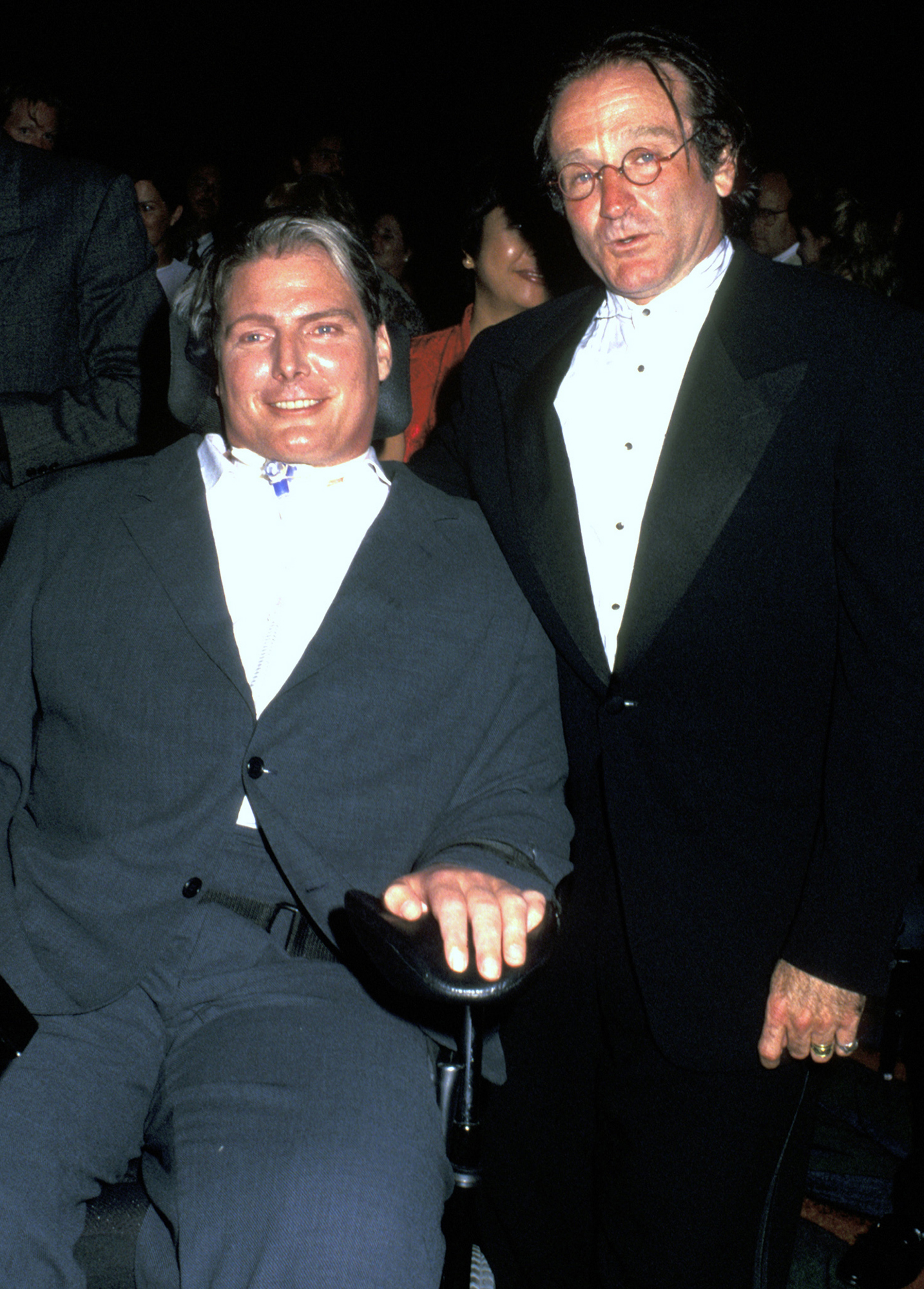 “Robin felt partially responsible for not having done enough to save his friend [John] Belushi, so when he entered the hospital room for Christopher Reeve, he dressed up as a German doctor. He had a thick accent,” National Enquirer columnist Rob Shuter recalls in a sneak peek of Robin Williams: When the Laughter Stops.

“He insisted that Christopher Reeve turn over and have an exam, a proctology exam,” Shuter says. “Reeve was really, really surprised. He couldn’t figure it out. Then, he finally realized this was his mate, this was Robin Williams. The two of them had a great laugh, maybe the first laugh since the accident occurred.”

Although Reeves was left paralyzed from the neck down and unable to breathe without a portable ventilator after the accident, he pressed on, lobbying for stem cell research and founding the Christopher Reeve Foundation, among other notable accomplishments. He died at the age of 52 in October 2004.

Williams, for his part, died at age 63 in August 2014 in a suicide by hanging after being diagnosed with Lewy body dementia. The upcoming REELZ documentary chronicles how the actor-comedian, with his raucous energy and spitfire style of telling jokes, battled alcoholism and drug abuse throughout his adult life.