When the cast reunited about halfway through the Beverly Hills, 90210 quasi-revival, Gabrielle Carteris made a comment about how excited she was that “we are all here.” In a somber moment, Jason Priestley then responded, “I wish that were true.”

Later in the episode, Tori Spelling pointed out that they were all a family. “We’re not all gonna be here forever, “ she said to the group. “But we made something that will be.” With that, Priestley, 49, raised a champagne glass with a toast: “To Luke.” 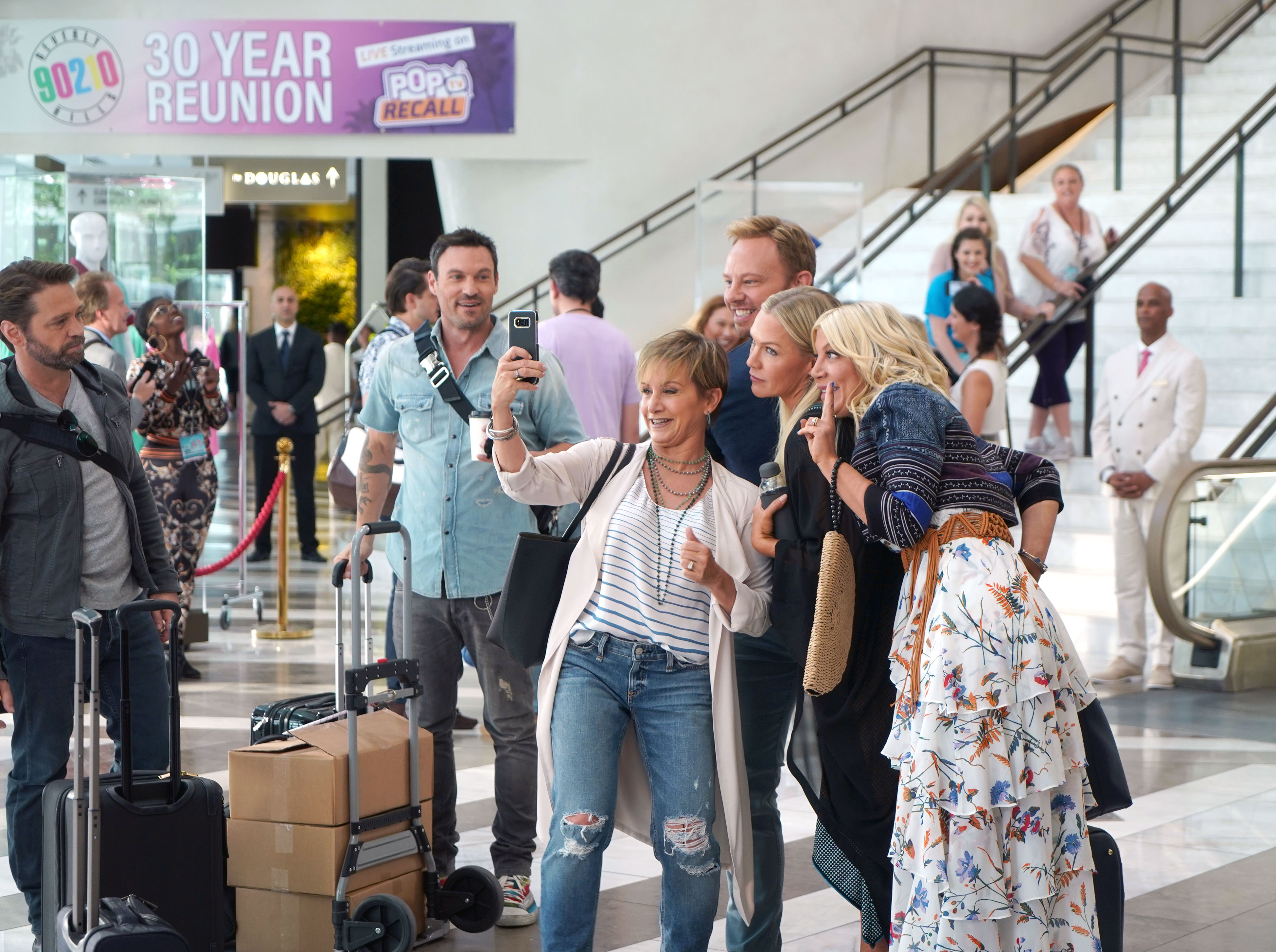 The episode ended with Jennie Garth and Spelling, 46, watching an old episode of Beverly Hills, 90210. Spelling laid her head on Garth’s shoulder as they watched a scene of Dylan McKay and Brandon Walsh.

“Welcome to paradise man,” a very young Perry said in the scene. “Welcome to your dream come true.” The new show then zoomed in on the frame, with “For our friend Luke Perry. 1966 – 2019) below the still.

Garth and Spelling, who developed the new series together, opened up about their late costar on the Today show on Monday, August 5. “The timing was something that seemed horrific, but in a weird, sort of universal way, it was a way for us to all be together during an incomprehensible, painful time,” Garth, 47, said. “I think that that was really good for all of us actually and he was with us every second of the time.” 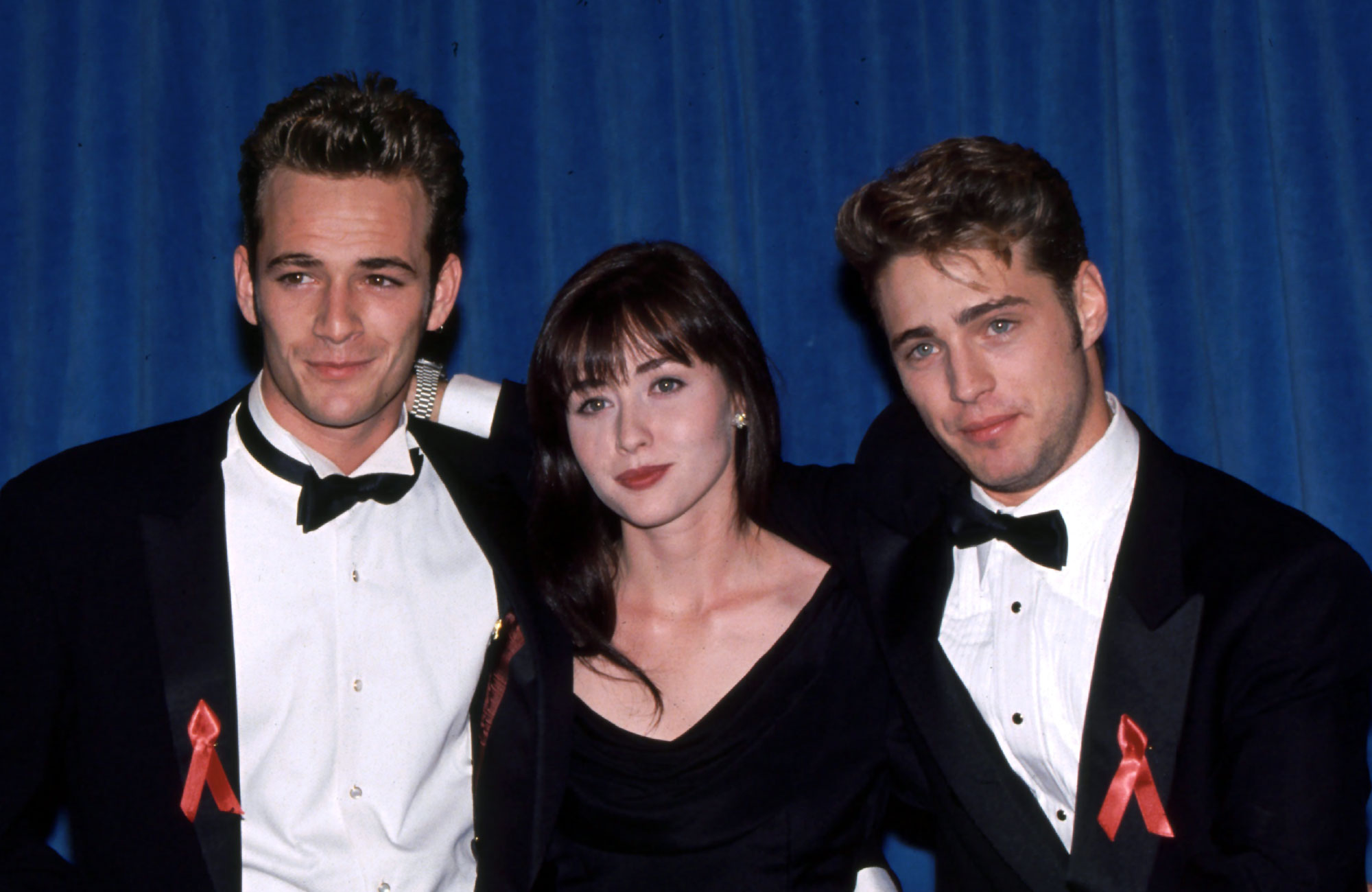 Us Weekly spoke with Spelling at the Peach Pit pop-up in Los Angeles on Sunday, August 3, who added that the cast “really wanted to honor him and to pay tribute” to their dear friend they all miss.

“We didn’t want to make it a spectacle or kind of make it feel like it was capitalizing on anything unfortunate that happened,” the sTORI TELLING author said. “What plays out in the first episode is a little bit based on the story that played out in real life.”

Perry died at age 52 in March after suffering a massive stroke.