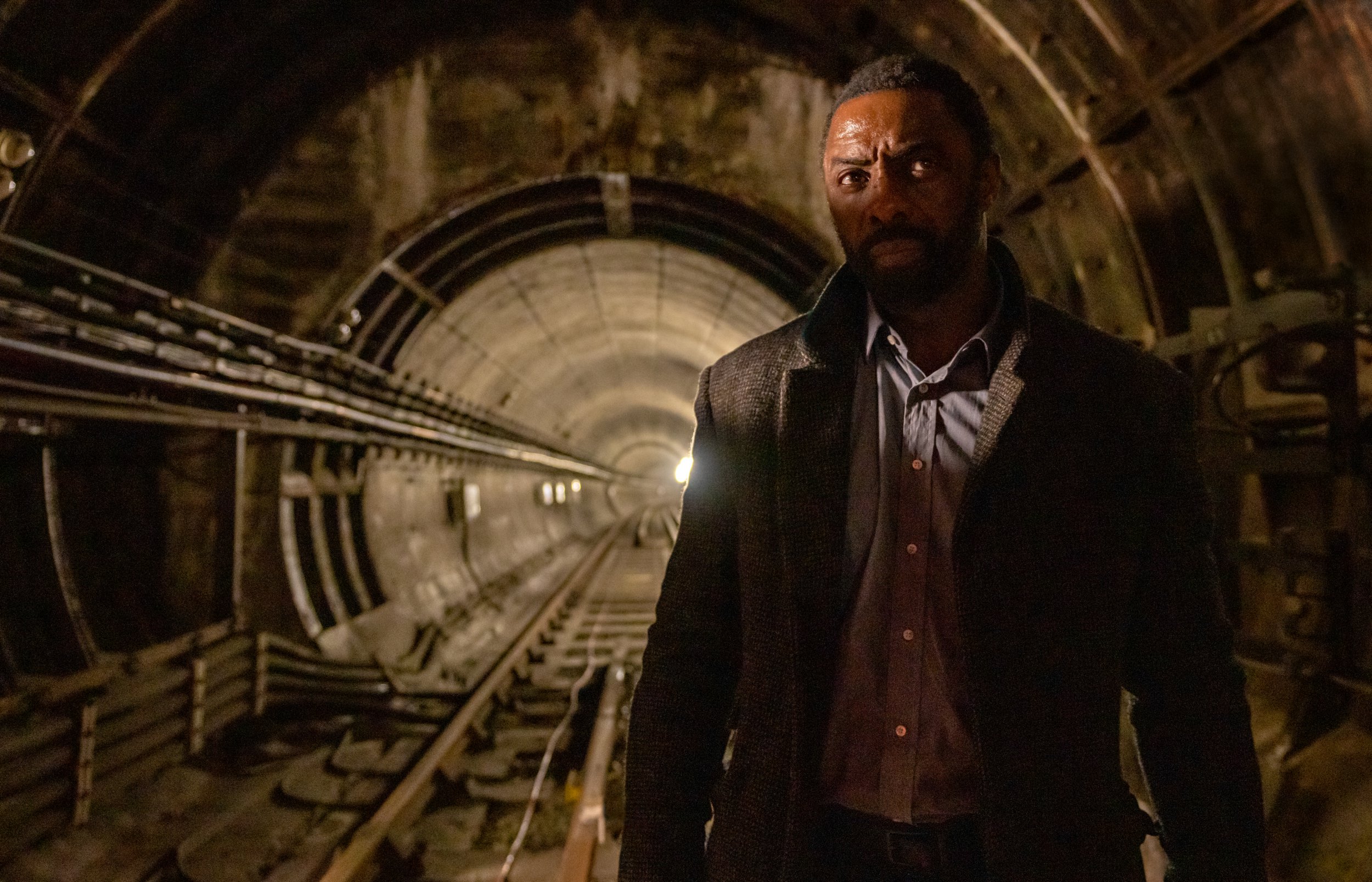 Having run 20 episodes over five seasons, the hit BBC drama Luther now has a film spin-off – and it’s coming our way in February and on Netflix in March,

The film will pick up where season five left off in 2019, in which Ruth Wilson’s psychopathic (but endlessly entertaining) character Alice Morgan was seen falling from a tall building, seemingly to her death.

While it’s not been confirmed whether Alice survived for a comeback, others acting alongside Idris (who is also producing the film) will be the genius behind Gollum in The Lord of the Rings that is Andy Serkis, as well as Cynthia Erivo and Jess Liaudin, among others.

Dermot Crowley will be returning as Martin Schenk.

It’s safe to say we can hardly wait, especially as the 50-year-old actor revealed his very ambitious plans for the film to turn it into a James Bond-esque franchise.

Talking to The Mirror, Idris said: ‘It’s not a competition but I reference Bond as a template for the type of film we’re going for.

‘John is a leading character in a film that he’s the hero of. That’s the comparison I’m making.

‘But my ambition is for it to have that sort of scale, that reverence.

‘I want people to be like, “Ooh! Luther, the first film? Wicked.” And to continue that.’

This comes after Idris said last year that, against all the (pretty convincing) odds, he would not be the new James Bond – cry.

The actor was hotly tipped for the role alongside Aaron Taylor-Johnson, The Witcher’s Henry Cavill, and Bridgerton heartthrob Rege-Jean Page, who are all still big contenders.

But Idris’ 007 dreams are not completely over, as he envisages the role of Luther to go down the same prestigious route as that of Bond, where actors squabble to fill the character’s iconic shoes.

‘Maybe later down the line, when I’m too old, someone else will step in to play John,’ said Idris.