Couldn’t get enough of Netflix’s Bridgerton? It’s safe to say you’re not alone.

Following its premiere on Christmas Day last year, the show quickly became Netflix’s most successful series premiere ever, with more than 82 million households tuning in, according to Entertainment Weekly. Set in Regency-era Britain, the Shonda Rhimes-produced series follows the Bridgerton family as they navigate high society and eldest daughter Daphne tries to secure a husband for herself — thus securing her and her family’s future standing. 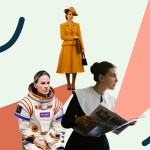 
76 Incredible Shows on Netflix You Should Be Watching Right Now

While the plot itself is absolutely addictive and chock-full of the kinds of juicy twists and turns that have made Shonda Rhimes a household name in binge-able TV, part of what’s really set the show apart is its diverse casting. Unlike the numerous period pieces set in Britain that have come before it, Bridgerton isn’t the usual whitewashed story where the only black people are side characters who are barely on screen (and that’s when they exist at all). The ever-so-angsty (and ever-so-dreamy) Duke of Hastings Simon Bassett is the male lead and is portrayed by a black actor, as is the literal queen of England and numerous other characters. Not only that, their race isn’t central to the plot; they’re allowed to simply exist, as white characters so often are.

Since it’s premiere in January, Bridgerton has won over audiences with its modern, fresh take on a classic story and has left fans eager for more. While you’d be hard-pressed to find a period piece that’s just as diverse as Bridgeton (unfortunately!), there are a number of options to consider if you’re looking for another bingeable series — or at least a quality movie night pick — to fill the Bridgerton-shaped hole in your heart.

Read on for our favorite period pieces that feature casts almost as diverse as Bridgerton‘s.