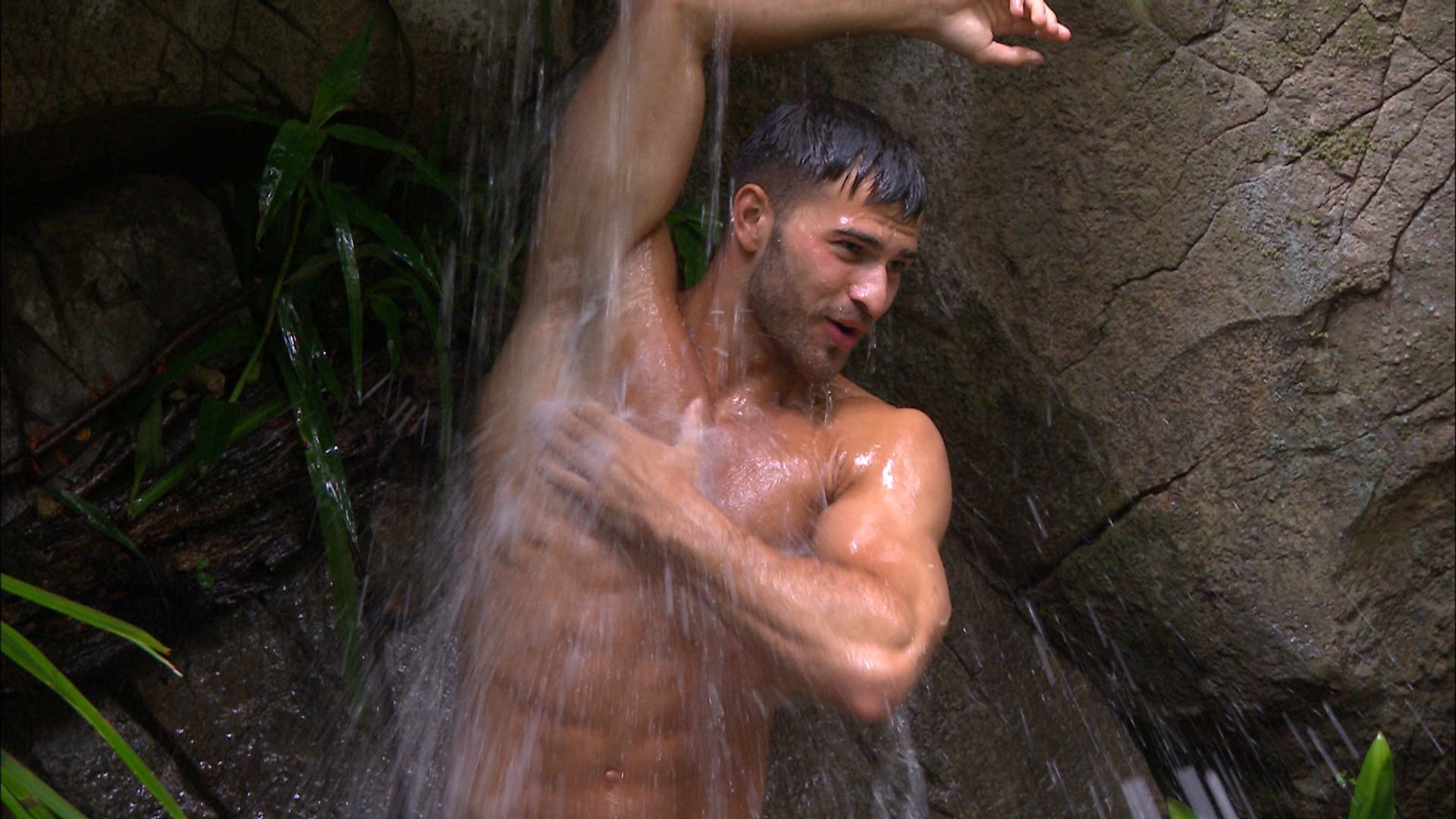 I’m A Celebrity…Get Me Out of Here! campmates have to go without a lot once they enter the jungle, but Scarlette Douglas says Owen Warner was most concerned about a lack of mirrors at the beginning.

The A Place In The Sun presenter was sent packing earlier this week, becoming the second famous face to be eliminated after Loose Women journalist Charlene White was the first sent home.

But getting out so early means she can dish some of the goss that we might not have seen on camera, and she has delivered.

Taking over the Hollyoaks actor’s Instagram while he’s locked out, Scarlette let audiences in on some secrets, including that Owen struggled not being able to see what he looked like while living in the jungle.

‘I thought I’d tell you a little secret about Owen. When he got in the jungle all he was doing was trying to find mirrors, everywhere he went.

‘He found these tiny squares high up in the trees that nobody else could see and he was standing there like, “Yeah, I look good”.’

Despite poking a little bit of fun at him, Scarlette says she’s behind him and urged people to keep voting for him to stay.

‘He is smashing it in the jungle, make sure you all keep voting for him because he’s an absolute legend,’ she said.

But the longer he’s kept in, the more we might see him desperate to go back to enjoying life on the outside.

After failing to help answer a question about which world event out of the 2020 Men’s World Cup Final, the Queen’s Funeral and the 2022 Women’s World Cup Final drew in the most viewers, the campmates chose the wrong answer and were left heartbroken over the fact they missed out on a gooey chocolate brownie each.

But none more so than Owen, who was totally deflated.

‘I’m a simple man, my life is four F’s,’ he told the Bush Telegraph.

‘Friends, family, football, food. This place has taken all of those away.’

I’m A Celebrity… Get Me Out of Here! continues tonight at 9pm on ITV.