If you loved The Missing and The Fall, then prepare to become properly obsessed with BBC One’s star-studded new TV thriller, The Tourist.

Updated 25 November: We can finally start getting excited for the premiere of BBC One’s high-tension thriller drama The Tourist as, after months of waiting for the release date, we finally have news of when that will be.

That’s right – the BBC has confirmed that The Tourist, which stars Jamie Dornan as the lead, will be coming to our screens as part of BBC’s Christmas programming. Although a specific date is yet to be confirmed (and we’ll update you as soon as it is), it does mean that we can look forward to getting swept up in the drama before the end of the year.

Updated 18 May: We finally have the first images of BAFTA-nominated Jamie Dornan as ‘The Man’ desperately searching for his identity in new BBC One mystery, The Tourist – and our interest is certainly piqued.

Coming from Emmy-winning production company Two Brothers Pictures, this brand new look at the six-part thriller shows a rugged, raw and unshaven Dornan against the dusty, barren outback. It’s a far cry from the slick cityscape we saw him terrorise as Paul Spector in The Fall, and has us wondering what realness Dornan will bring to this character as he wrestles with how well we truly know ourselves, if at all.

Harry and Jack Williams have already dazzled us with their work on The Missing, aka the taut drama series about one father’s frenzied search for his missing son in France. Now, the critically acclaimed writers are joining forces with the BBC once again to bring us another nerve-jangling mystery thriller.

Here’s everything we know so far about The Tourist.

What’s the plot of The Tourist?

The Tourist throws us headfirst into the Australian outback, where a British man finds himself being pursued by a vast tank truck trying to drive him off the road.

“An epic cat and mouse chase unfolds and the man later wakes up in hospital, hurt, but somehow alive,” promises the official synopsis.

Jamie Dornan stars as “The Man” in BBC One’s The Tourist.

It’s an incredibly clever premise, especially as our nameless hero is still being hunted by a string of shadowy figures from his past. But why are they so intent on bringing him down? What has he done to attract their attention? And…

Well, who is he? Really? 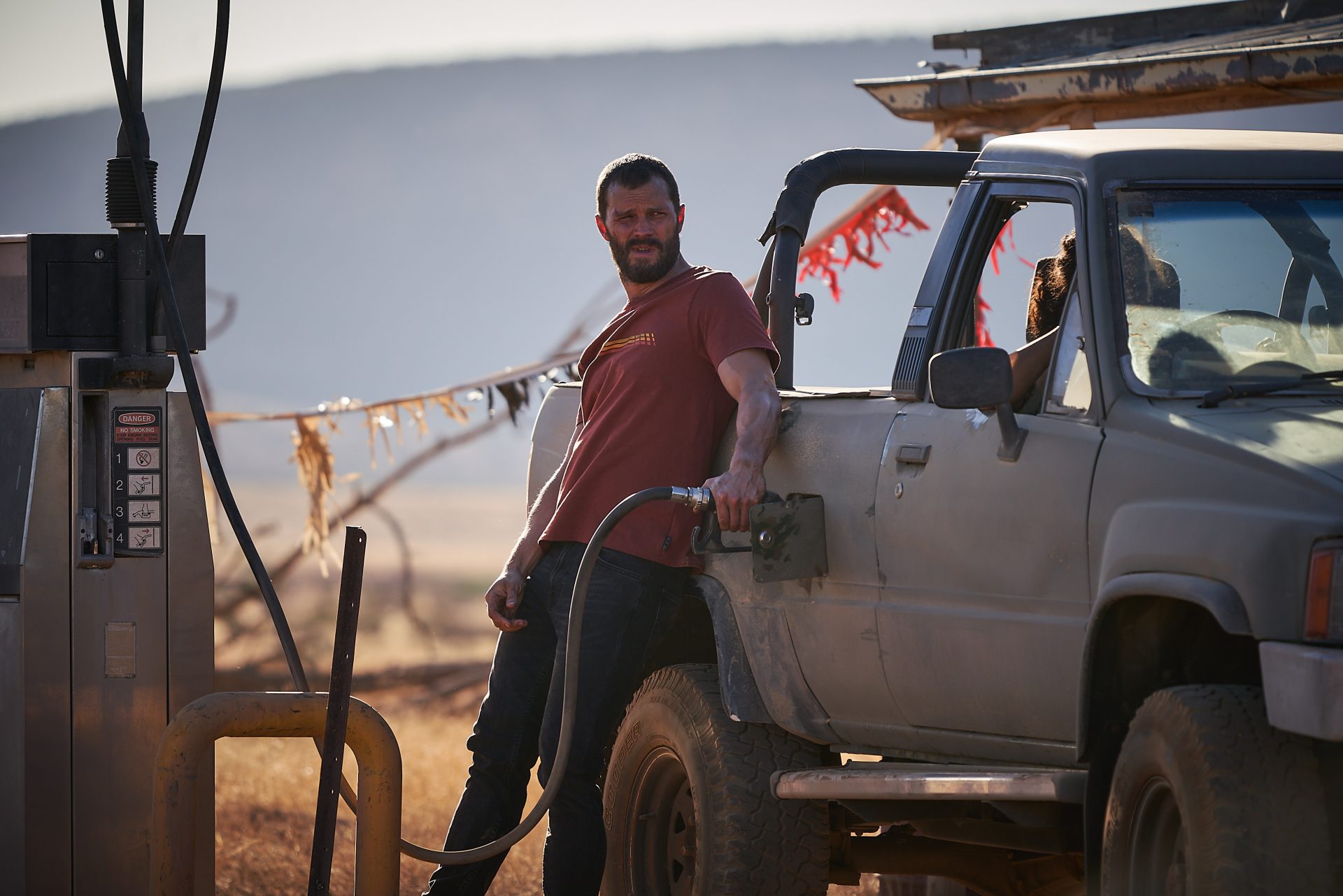 The Tourist: “The Man” is being hunted by a string of shadowy figures from his past. But why are they so intent on bringing him down?

Naturally, the man’s quest for answers soon propels him back into the vast and unforgiving outback. But whether he’ll find what he’s looking for, let alone come back alive, remains to be seen.

Who stars in the cast of The Tourist?

Jamie Dornan takes the lead in The Tourist, starring as the unnamed man at the story’s centre.

Danielle Macdonald, meanwhile, will star as Helen Chambers, a fledgling probationary constable, and Line Of Duty’s Shalom Brune-Franklin is set to play Luci, a waitress who finds herself unexpectedly swept up in our main man’s journey for answers.

Shalom Brune-Franklin will star as Luci in The Tourist.

And, as if that weren’t enough star power for you, none other than Hugo Weaving himself will be taking on the role of Agent Lachlan Rogers, one of the most highly regarded detective inspectors in Australia.

What are people saying about The Tourist?

While the series has yet to begin production, the cast and crew are incredibly excited about the TV project.

“We’re hugely excited about this show. It’s tonally breaking new ground for us, and having Jamie Dornan on board is the icing on the Australian cake,” the Williams brothers have said of their new series.

“The Tourist is one of the most exciting scripts I’ve ever read,” adds Dornan.

“I can’t wait to go to Australia with such a talented group of people.”

Hugo Weaving promises that The Tourist will be “dark and shocking.”

Best TV dramas based on true stories: 26 brilliant series to watch, from It's A Sin to Special

Macdonald, meanwhile, notes: “Helen is a fascinating and intriguing character, I fell in love with her on page one. I ended up reading all the episodes in one sitting because I couldn’t put them down!

“I’m so excited to get to be a part of this incredible project and I can’t wait to start filming alongside the amazing cast and production team.”

Brune-Franklin has promised: “This story is really unique and I’m excited to be a part of bringing it to life with this brilliant team. I’m looking forward to adding to the thrilling mystery of these scripts with the wonderfully intriguing character of Luci.”

Danielle Macdonald will star as Helen Chambers in The Tourist.

And Weaving, piling praise upon the “dark and shocking” drama, has said: “I’m very excited to be slipping into the skin of one of the fabulously idiosyncratic characters who people the desert landscape of The Tourist.

“The scripts are… surprising and hilarious and always very human. This is a tonally unique project and should be an unforgettable ride and shoot for us all.”

New on Netflix: 39 truly brilliant original films to watch on the streaming platform

When will The Tourist be available to watch on BBC One?

Hold your horses, everyone; casting is still in progress and production isn’t due to begin on The Tourist until the spring, so we imagine the show won’t be hitting our TV screens until at least winter 2021 – if not the early half of 2022.

It’s also worth noting that The Tourist is a joint venture between HBO Max, so it remains to be seen whether or not episodes will air in the US before coming to the BBC, or whether they’ll opt for a global premiere.

To be honest, though, it doesn’t matter; we’re well and truly on board for this one and are more than willing to wait.

We’ll bring you more details as and when they become available.

All other images: Getty