For Haley Stevens, watching The Bachelorette is far from a fun activity! The Nashville singer, who is one half of the group Sweet Leah, claims she was dating Jed Wyatt up to the moment he entered Hannah Brown’s season of The Bachelorette. In fact, Haley says that the 25-year-old songwriter went on the show to help his music career about four months after they started dating – and they agreed they’d be together when he got home.

The potential of him going on the show was “looming over the relationship” from the beginning, Stevens told Us Weekly in an exclusive interview. “When we met, it was very much just a possibility. … As you know, in show business, you sign contracts and casting things go on for months and months and months and they maybe happen. But as a fellow musician and as somebody that just loves this person I’m like, ‘Why would I hold him back from this opportunity?’ I know the premise of the show. Even though that’s not an ideal situation for our current relationship, when you’re not in it, it seems like a movie. It seems like it’s just a TV show. You don’t necessarily think about the fact that hearts are going to get involved, there are going to be feelings involved.” 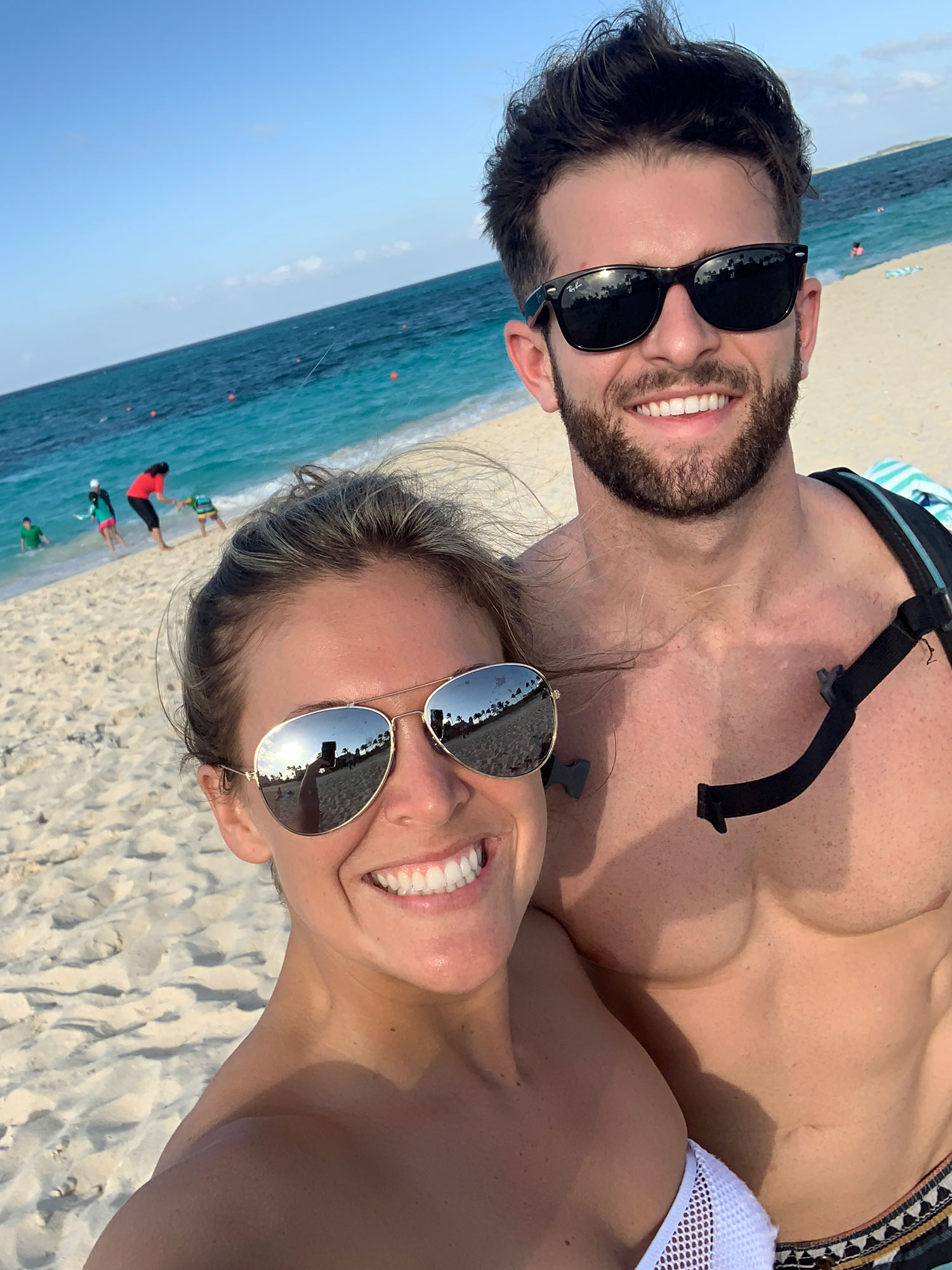 She compared the situation to a song lyric from Sean McConnell’s song, “Shotgun.”

“It says, ‘Love is taking turns riding shotgun.’ And so to me, I was riding shotgun, you know? I had to take a step back and make a sacrifice for a couple of months or a number of weeks for him to be able to have this opportunity,” she shared. “I was like, “OK, I love him. I can do anything for six weeks. We can do anything for six weeks, two months.’”

Stevens wasn’t allowed to share any photos of Wyatt while he was on the show – so they allegedly agreed she’d tell friends that they were putting the relationship “on hold.” However, she claims, right before leaving, he was texting her, “I love you. Don’t forget that.” The text message below is from March 12, right before producers took away his phone.

“In hindsight, I’m embarrassed that I let myself be on the back burner that way. I’m still a strong, independent woman,” she told Us. “I look back now and I’m like, ‘Why did you do that, Haley? Why did I not just walk away?’ But when you’re in the thick of it, it seems you’re doing the right thing for the person that you love.”

It didn’t take long for her heart to begin breaking once the season began, When she saw photos of Wyatt on the one-on-one date in Boston with Hannah, which aired June 3, she broke down. “I went in a hammock in my backyard and just lost it. … But even then, I was convincing myself, ‘I don’t have any affirmation from him. I can’t speak to him.’ I was still, like, ‘You knew this was coming. You have to trust him.’”

The exes ran into each other earlier this month at CMA Fest, as they both played sets on the same day. “He came up after, and his family was there, which was tough, because I’ve seen his family. These are people that I’ve met and I love. Everything in me wanted to speak to them, and I couldn’t. But anyway, he walked up and just basically said, ‘Y’all sounded great,’” she recalled. He then asked if she was OK. “I’m standing in a group of people. I can’t really just say, ‘No, I’m devastated.’ So I was like, ‘Yeah, I’m fine. How are you?’ And he said, ‘It’s weird … everything that’s happening, and it’s all happening so quickly.’ And in my brain, I’m like, ‘Is he talking about Spain right now? Is he talking about being on this show?’ That’s what’s weird?”

Us obtained the exclusive text message exchange below from December.

While Stevens tries not to watch the show, it’s hard not to see things online. “The woman part of me and the person that loves [and] is still getting over it part of me is like, ‘I hope that he was thinking of me the whole time,’” she shared. “But now I’m like, ‘I hope that my hurting is worth it. I hope that it’s good and it’s real and I hope that it was real for them.’ Feelings change. People fall in love, people fall out of love, feelings change. I’m not naïve to that fact at all.”

During the premiere, she saw Hannah send home Scott for having a girlfriend back home – something that made her feel “terrible” about. “She’s just so genuine. I feel guilty for that because while on the front end, I was just loving this person and doing what was best for him, now it’s like, there’s this other person and this other heart that’s involved in this,” Stevens said, adding that she has no ill-will toward Brown. “There’s no good that could ever come from me warning her off or telling her to run. All that I can say is, I have seen and have felt in the past few days, a tiny taste of what she has dealt with being in the public eye. She made all of these decisions and she has to stand by these decisions on the show, and she is so strong. The comments that you read about her and the decisions that she’s made, the fact that she holds her head up high and stands by that and has handled everything with grace, that is a strong woman that will make the best decision for herself, no matter what that decision is.”

With reporting by Travis Cronin