Jeremy Renner is continuing to share updates from his hospital bed, this time posting a video of himself being wheeled into a hospital room with an MRI machine.

Following his recent snow plough accident, when the Marvel actor was ‘crushed’ by the vehicle while helping a stranded family member in the snow, he’s been cared for in the ICU at the Renown Regional Medical Center in Reno, Nevada.

The 52-year-old’s sister, Kym, recently spoke out on her brother’s condition, saying that he was ‘crushing all the progress goals’, adding: ‘We couldn’t feel more positive about the road ahead. If anyone knows Jeremy, he is a fighter and doesn’t mess around.’

In a new post shared on his Instagram Story, the Hawkeye star filmed himself while lying on a hospital bed, as a masked medical attendant wheeled him from his feet into a room.

He wrote in the caption: ‘I wish you all a special night,’ while appearing to say in the clip: ‘Once again.’

The video showed a Canon MRI scanner in the room, as other hospital workers were seen present in the room to help him with his treatment. 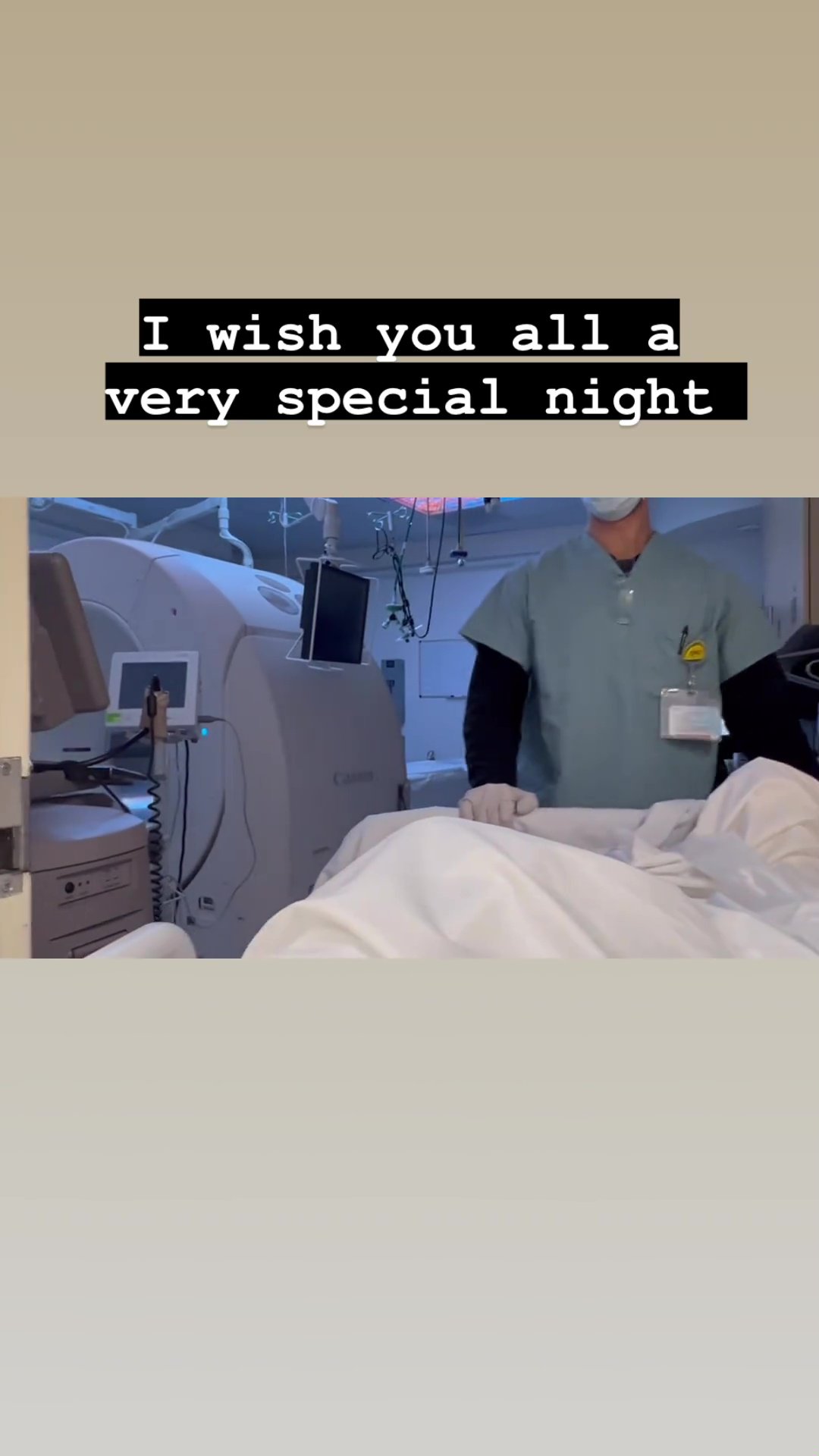 While he remains in hospital, Jeremy has expressed his excitement over the return of his TV series Mayor of Kingstown, with the new season set to premiere tomorrow.

He uploaded a photo of a billboard poster featuring himself in character as Mike McLusky on his Instagram Story, writing: ‘Spotted while I was sleeping.’

The Oscar nominee also shared a post promoting the Paramount Plus show, writing in the caption: ‘Spotted around town today !!! Excited to share this next season !!!’

In the 911 call log from Jeremy’s accident, which was obtained by TMZ, it was said that he was ‘completely crushed’ by his 14,000-pound Snowcat.

The actor was said to have bled heavily from his head while also sustaining other injuries, and experienced ‘extreme difficulty’ breathing when his upper torso was crushed, with the right side of his chest having collapsed.

Last week, he expressed his gratitude towards the medical staff at the hospital for looking after him as he begins his road to recovery.

He uploaded a photo on his Instagram Story of himself with members of his family and hospital workers, writing: ‘Thank you Renowned Medical ICU team for beginning this journey,’ alongside four praying emojis.