Kimmel agreed with Michael Cohen, the former president’s longtime personal lawyer, who said in an interview that Trump would turn on anyone to save himself. 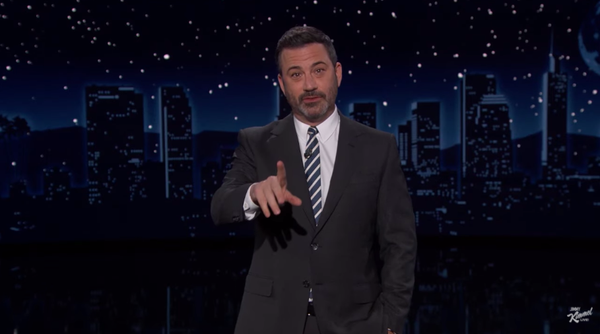 Michael D. Cohen, the longtime personal lawyer for Donald J. Trump, said in an interview this week with MSNBC that the former president would turn on anyone to save himself, including his own children.

On Thursday, Jimmy Kimmel referred to Cohen as “the guy who mortgaged his own house to pay Stormy Daniels, only to be cast aside by Mr. Wonderful.”

“Michael Cohen, who knows Donald Trump as well as anyone, believes that in the end, the snake will devour his own eggs,” Kimmel said.

“The saddest part is going to be when Trump forgets to pin a crime on Tiffany.” — JIMMY KIMMEL

“Can’t believe I’m saying it, but I think prison was great for Michael Cohen. Came out with a new attitude and a quiver full of zingers, got rid of that baby blue jacket.” — SETH MEYERS

“Last night, the House voted 252 to 175 to form a commission that would investigate the Jan. 6 Capitol riots. But that’s right, that’s almost half of the House voted ‘no’. It’s like playing a game of Clue and half the players are like: ‘I think we just let this one go, right? With the pipe and the library — we’re good.’” — JIMMY FALLON

“Yeah, not only did 175 Republicans vote against the commission, they also want to make Jan. 6 ‘Bring your insane rioter to work day.’” — JIMMY FALLON

“The bill now heads to the Senate, where it needs support of 10 Republicans. Come on, there’s a better chance of 10 dentists supporting Mtn. Dew Cake-Smash.” — JIMMY FALLON

“Republicans seem to think that if they don’t talk about Jan. 6, no one else will, either. It’s all laid out in the new movie, ‘A Riot Place.’” — STEPHEN COLBERT

“We were all watching it live — we saw it happen. You can’t just wave your hand in front of our faces and tell us it didn’t happen like you’re starring in some new Disney+ spinoff called ‘[expletive] Jedi.’” — SETH MEYERS 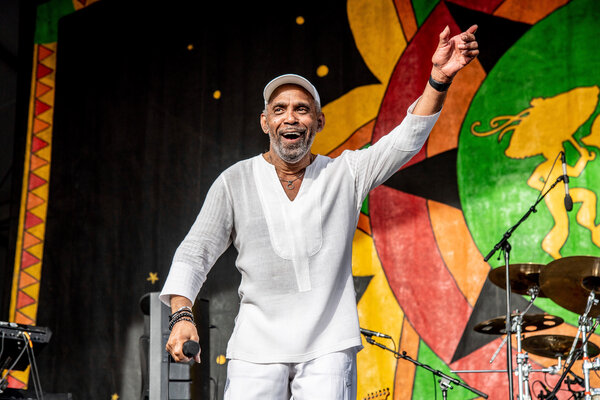 On the new episode of “Still Processing,” the co-hosts Jenna Wortham and Wesley Morris discuss the continued relevance of the 1981 Black anthem “Before I Let Go” by Maze featuring Frankie Beverly.