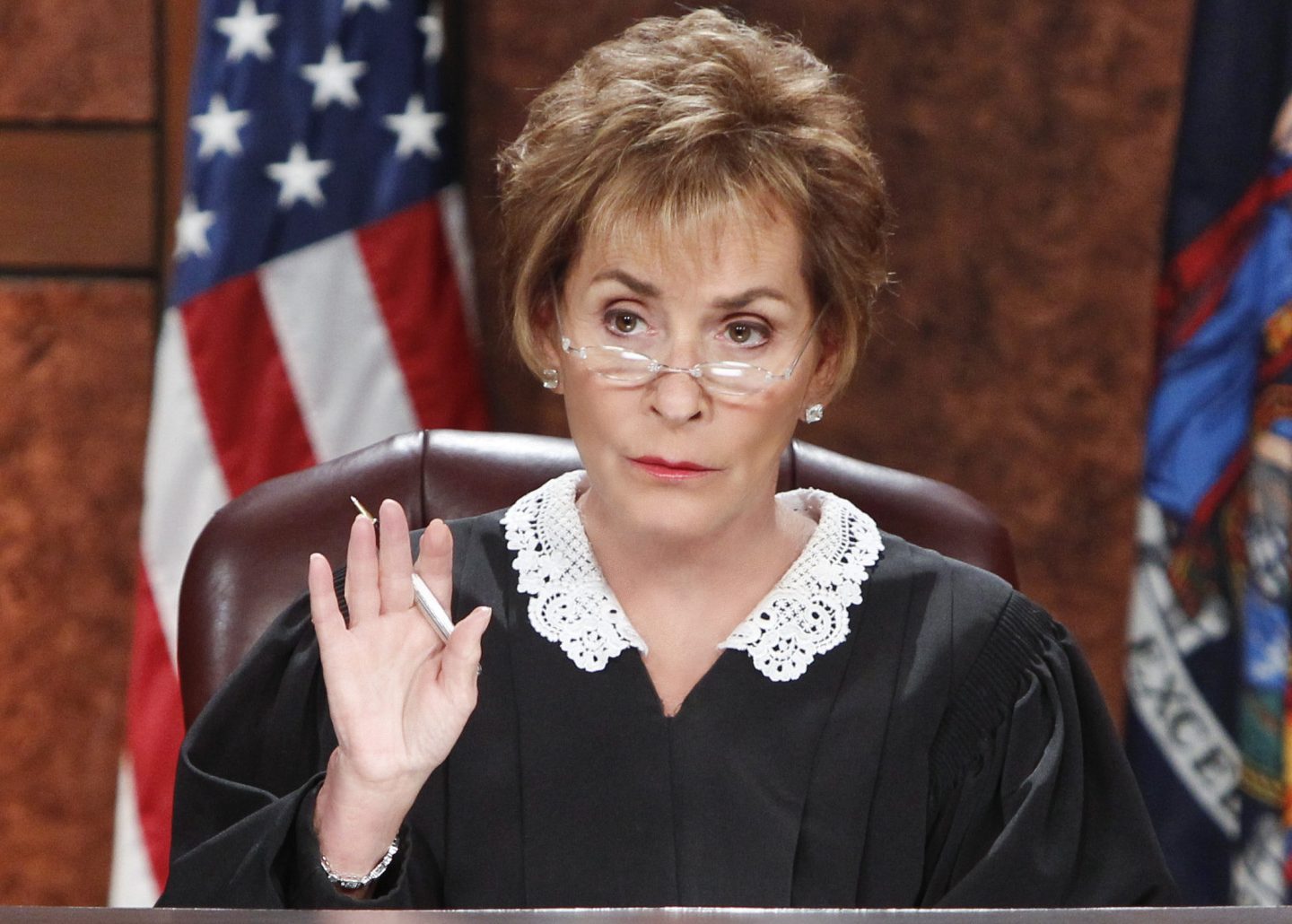 Judge Judy may not have been Justin Bieber’s biggest fan in the past – but she is proud of the pop star for turning his life around.

It appears the TV legend is a big (ahem) Belieber in giving folks a second chance, having previously criticised former neighbour Bieber for his reckless behaviour.

In 2014, Judy (nee Sheindlin) threw down her gavel in the court of public opinion following the wild child’s arrest for drink-driving.

‘Being a celebrity is a gift. You could either treat it reverently, or you could make a fool out of yourself, and he’s doing a very good job of making a fool of himself,’ she said at the time.

Meanwhile, in a more recent interview, 80-year-old Judy claimed Bieber was afraid of her when they both had apartments at the Montage Hotel, in Beverly Hills.

‘He’s scared to death of me. There was a period of time before he grew up, when he was foolish and doing foolish things,’ she told Access Hollywood, before alleging he paid staff to keep track of her movements.

‘I must have said something about it, and then I understood that he was paying the front door people to let them know when I was there, coming and going, so he wouldn’t have to bump into me.’

However, gay icon Judy has since had a change of heart as she reflected on 28-year-old Bieber’s growth as a person – and no, she doesn’t think it’s baloney!

‘I have not [spoken to him] but I’ve seen him, and he looks wonderful. He seems happy, so I’m happy. I’m happy for him,’ she gushed.

Asked by US outlet TMZ if she played a part in setting him on the straight and narrow, Judy replied: ‘No, no, he did that all by himself!’

Canadian Bieber, who also once settled a lawsuit for egging an ex-neighbour’s house, credited his faith in God for helping him to change his ways.

In October, the chart-topper postponed his world tour shortly after being diagnosed with Ramsey Hunt syndrome, a rare disorder that causes facial paralysis.

Things seem to be on the up for Bieber, though, as he rang in the New Year by hitting the ski slopes with his model wife, Hailey – don’t get too piste, Biebs!