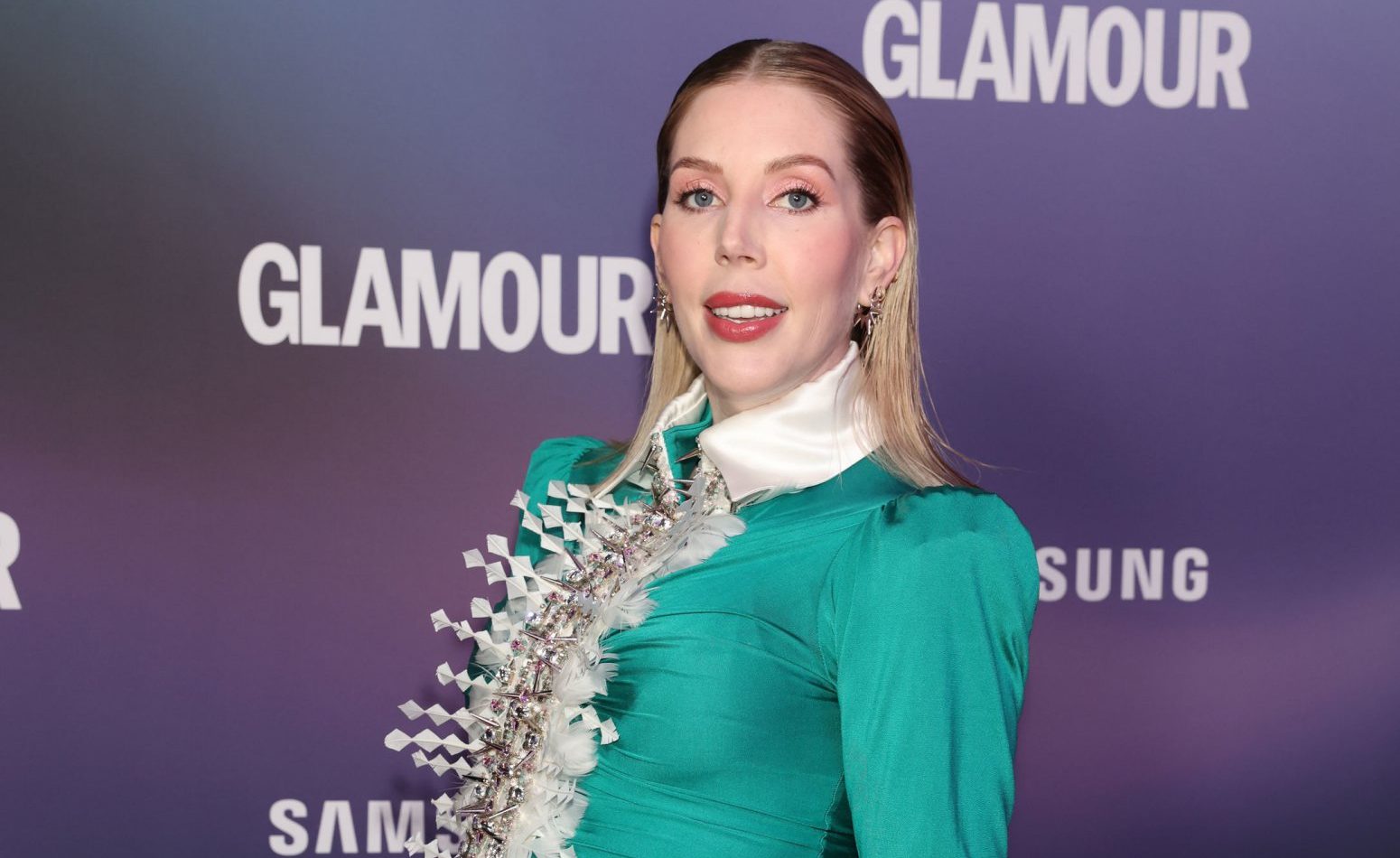 Katherine Ryan has spoken about a vulgar incident in which a man she was dating ejaculated on her face while she slept.

The Canadian comedian was the latest subject of Louis Theroux’s Interviews, which aired on Tuesday night.

In it, she shared her experience of dating someone who displayed increasingly abusive behaviour.

‘It is kind of disturbing now but it surprised me because at the time I normalised all of it,’ she said.

Speaking about the relationship, Katherine labelled him ‘The Overlap’, a reference to the fact he was someone she started seeing as her relationship with the father of her daughter Violet was breaking down.

‘Anytime you are in a vulnerable position is a bad time to get into a relationship,’ she added.

‘I had lots of anxiety back then and lots of feelings of inadequacies.

‘I moved to another country, far away from my family, had a grandchild they never got to see and I was going to have to go back to my small town with my tail between my legs where everyone expected a lot from me.’

She recalled meeting the man in question on a train.

‘I felt so low about myself, and I let myself meet this random dude on a train who insisted that I take my headphones out and my initial reaction to meeting him was to think “what an asshole, f*** off”,’ she explained.

‘All of a sudden someone was very interested in me and was really romantic and kind and made me feel like maybe it wasn’t the end of my romantic life and maybe I wasn’t damaged goods because I was a single mum, and I could date this exciting musician guy and then he started treating me quite badly.’

She went on to say that he started showing controlling behaviours and would start to ‘get upset’ when she started having career success.

At the same time, he was cheating on her and openly bragging about it.

‘He could be really loving, and we would have loving moments, but they became few and far between,’ she said.

She then detailed the incident to Louis.

She went on to say that he took explicit photos of himself multiple times, which he wanted ‘adoration and praise’ for.

After weaving details of their relationship into her stand-up and saying she had broken up with him to her audiences, she eventually had an ‘epiphany’.

‘I thought he was horrible and I don’t want to be with him,’ she said.

‘I knew enough times after saying on stage his behaviour was wrong, that it convinced me I knew what to do.’

Victim Support offers support to survivors of rape and sexual abuse. You can contact them on 0333 300 6389.