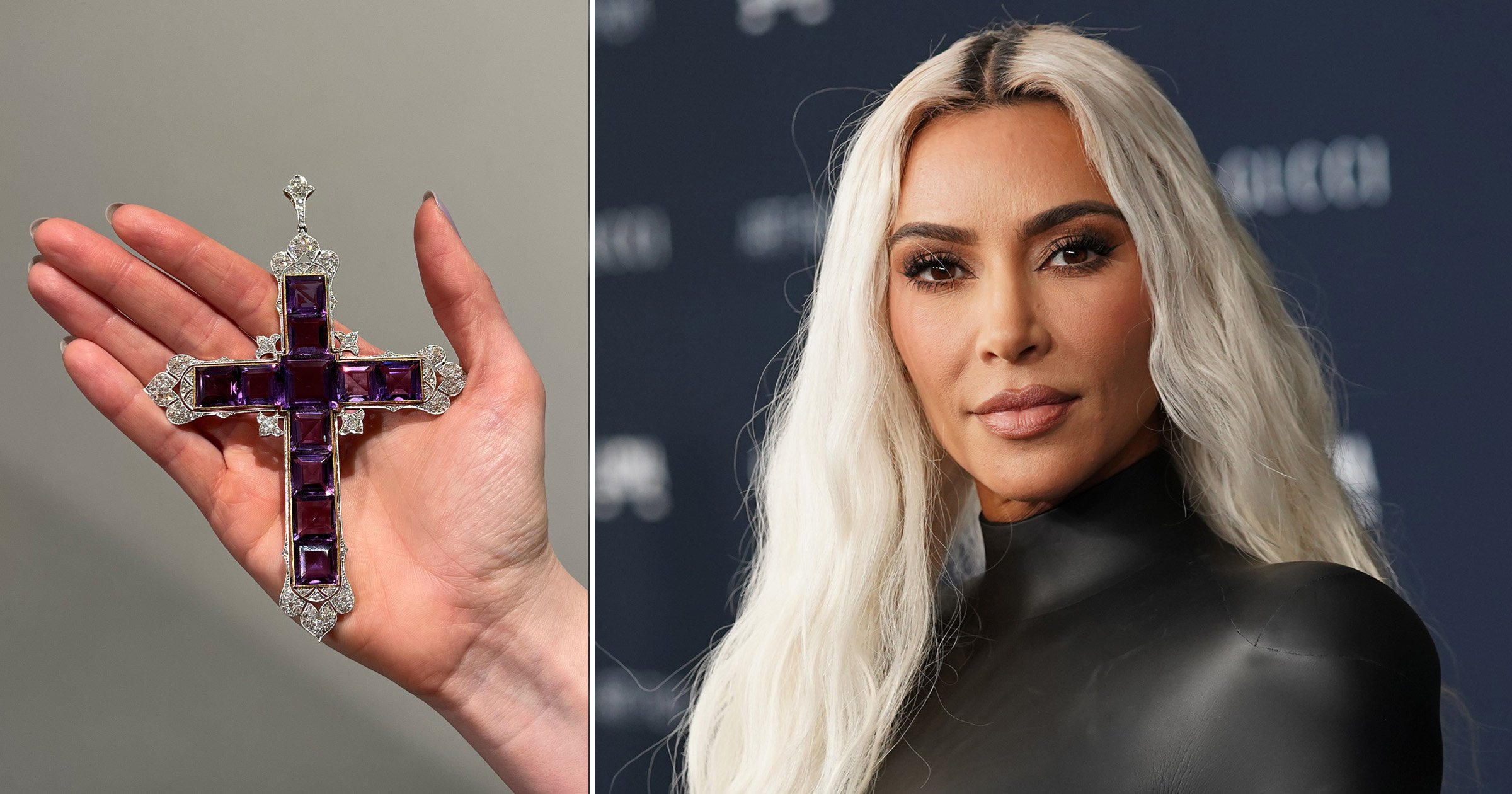 Kim Kardashian has put her money where her mouth is and snapped up a famous pendant worn by the late Diana, Princess of Wales.

The Keeping Up With the Kardashians star apparently had her heart set on acquiring the Attallah Cross, which was memorably worn by the Royal in 1987, when it went on sale at Sotheby’s London on Wednesday.

However, Kim, 42, didn’t fly the 3,000 miles from her California home to attend the auction in person, but instead sent a representative to do her bidding.

It’s probably best the Skims boss didn’t attend herself as it appeared to be a tense auction, with four bidders reportedly competing for the pendant in the last five minutes of the sales, before Kim’s rep bought it for £163,800 – more than double its pre-auction estimate.

The piece was created in the 1920s by luxury jewellery designer Garrard and features an amethyst cross and circular-cut diamonds.

Diana, who died in August 1997 aged 36, famously wore the jewellery several times, including at a London charity gala in October 1987.

The princess paired the pendant with a Catherine Walker dress as she attended the gala in support of Birthright, a charity working towards the protection of human rights during pregnancy and childbirth.

The cross was first bought from Garrard by businessman Naim Attallah in the 1980s, and through his friendship with Diana, Attallah was able to loan it to her on several occasions over a number of years.

The cross has a total diamond weight of approximately 5.25 carats.

Diana wore a number of pieces from Garrard throughout her life, including during her last public appearance, when she wore what has come to be known as the Swan Lake necklace, a diamond and South Sea pearl necklace which the jewellery house made in collaboration with her.

Speaking ahead of its sale, head of jewellery at Sotheby’s London Kristian Spofforth said: ‘Jewellery owned or worn by the late Princess Diana very rarely comes on to the market, especially a piece such as the Attallah cross, which is so colourful, bold and distinctive.

‘To some extent, this unusual pendant is symbolic of the princess’s growing self-assurance in her sartorial and jewellery choices, at that particular moment in her life.’

Kim has a penchant for acquiring famous items in pop culture history; in 2019, she bought daughter North, now nine, an iconic velvet jacket once worn by Michael Jackson on a night out with Elizabeth Taylor.

Last year, the reality star also faced heavy criticism for wearing Marilyn Monroe’s famous nude-coloured dress to the Met Gala, and shedding 16 pounds to fit into it after Ripley’s Believe It Or Not agreed to loan it to her for the red carpet.