Save the Rainforest (Cafes)

“Earth Day started back in the ’70s with very lofty goals and has kind of turned into, ‘Guys, please, just for one day try not to light garbage on or near a panda bear, OK?’” Jimmy Kimmel joked.

“There are so many amazing things from Earth. I mean, we have oceans and mountains, and shaving cream, and pine cones and the iPhone. We’ve got monkeys; we’ve got chocolate-covered raisins. Ryan Gosling, we’ve got Ryan Reynolds. We’ve got the Aurora Borealis. Pens are good. ‘Property Brothers,’ Magic Johnson, tennis rackets, yoga pants, poodles, tacos, yarn, marshmallows and Mr. T. I mean, that is a diverse portfolio of things that we should be grateful for.” — JIMMY KIMMEL

“Of course, Earth Day is like prom in that every year has a theme. This year’s is ‘Restore Our Earth.’ Yes, we have to, or pretty soon the theme’s going to be ‘Enchantment Under the Sea.’” — STEPHEN COLBERT

“I’m kidding around, but protecting the Earth is serious. I mean, can you believe that in 1999, we had nearly 50 Rainforest Cafes, and now we’re down to almost 20?” — JIMMY FALLON

President Biden’s climate summit was a related hot topic, with late-night hosts touching on the president’s announcement that the United States will cut its carbon emissions in half by 2030.

“Added Biden, ‘Of course that responsibility will ultimately fall to President the Rock.’” — SETH MEYERS

“Other countries are cautiously optimistic now. They’re like, ‘OK, but last year, weren’t you the guys saying climate change isn’t real? Which America are we talking to?’” — JIMMY KIMMEL

“The science is absolutely clear that it’s necessary to avoid a worldwide catastrophe. No one should be against this, so naturally, almost every Republican is against this.” — JIMMY KIMMEL

“Climate change is getting harder to ignore. Last year, wildfires blazing in the Arctic Circle set new emissions records, the Atlantic hurricane season raged stronger than ever, and we reached the end of the hottest decade ever recorded. Most of that came in the last year due to the rise in ‘Bridgerton’ butt.” — STEPHEN COLBERT

“The tone of the summit was that we’re all responsible. But you know, Costa Rica was looking at the U.S. and China like: ‘Yeah, this is all our fault, right? Yeah. We’re all to blame.’” — JIMMY FALLON

“Happy Earth Day! Everyone is in the spirit. This morning at 7-Eleven, I saw a rat drinking a Big Gulp with a metal straw.” — JIMMY FALLON

“That’s right, today was Earth Day even though I didn’t planet.” — SETH MEYERS

Desus and Mero caught up with a friend of the show, Issa Rae, about her official new status as media mogul after Ms. Rae, the “Insecure” creator and star, signed an eight-figure deal with WarnerMedia. 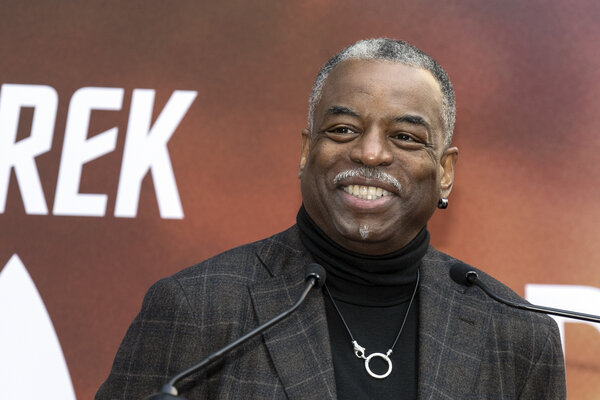