Bye, haters! Lil Nas X was rightfully proud of his performance at the 2021 BET Awards, so when someone tried to insult it online, he wasn’t afraid to clap back.

The “Old Town Road” rapper, 22, made headlines with his Sunday, June 27, performance of “Montero (Call Me by Your Name),” which included a kiss with a male dancer. While many fans reacted positively to the moment, some viewers responded by sending homophobic messages to Lil Nas via social media. 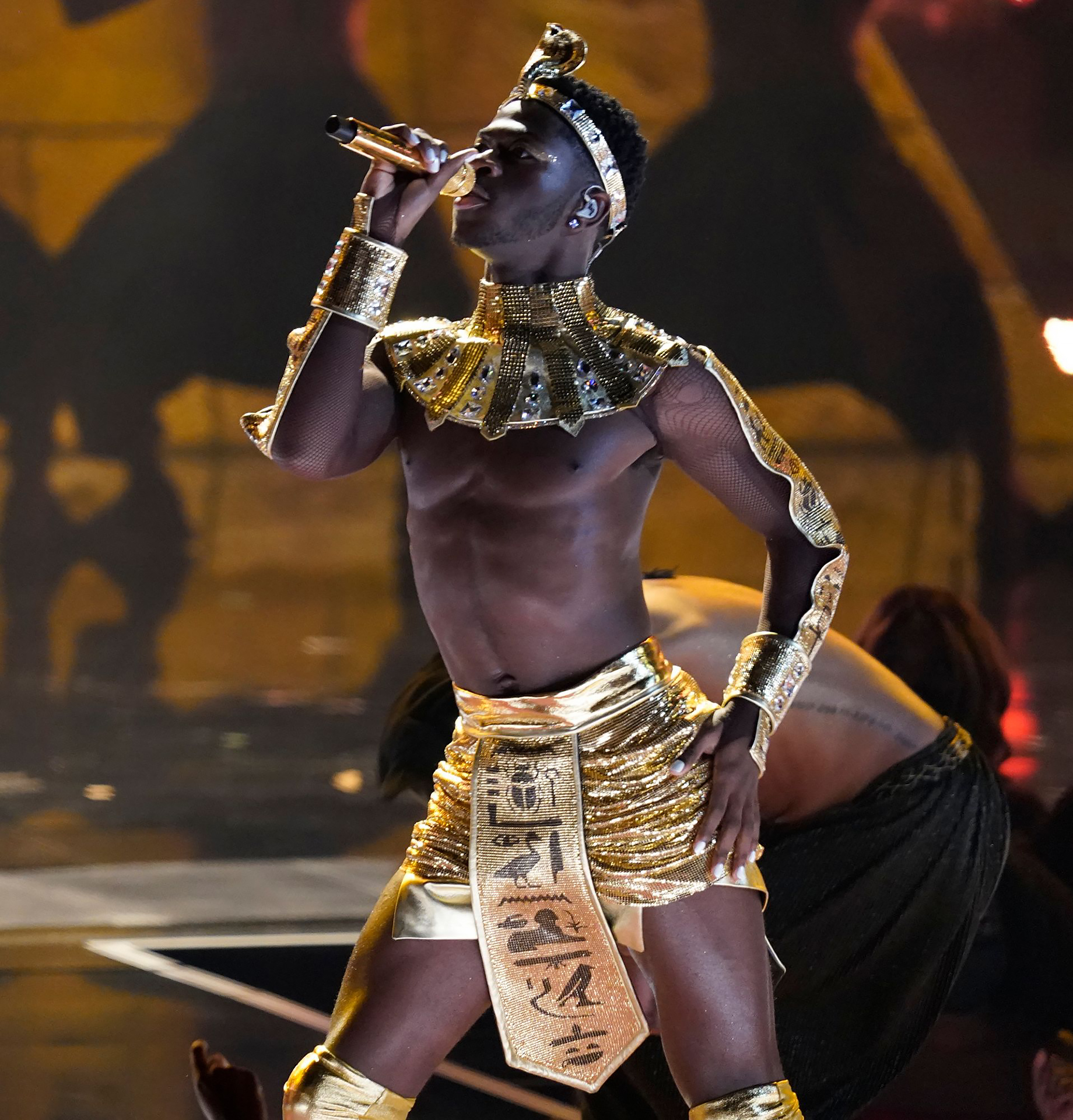 After one Twitter user wrote, “DONT USE AFRICAN CULTURE FOR S–TS LIKE THIS!!!!!!! RESPECT OUR ANCESTORS,” the Georgia native replied, “Y’all really like to pretend homosexuality didn’t exist in African culture.” (The performance drew inspiration from ancient Egypt, as well as Michael Jackson’s “Remember the Time” video.)

The “Holiday” singer also reacted to internet commentators who tried to mock one of his red carpet looks, which was an elaborate ball gown designed by Andrea Grossi. After another Twitter critic shared a photo of the outfit with a comment about how they “hate seeing men emasculated,” the Grammy winner replied, “Please use better pictures next time,” adding three higher-quality photos of his look. He added, “We causing the emasculation of men all 2021.”

Celebs Fight Back on Social Media

Though Lil Nas took some time to respond to his critics, he also retweeted messages of support from celebrity fans including Diddy, who tweeted, “Lil Nas X did that!! Be fearless!!!” After seeing the tweet, the CMA Award winner replied, “WHATTTT.” He also retweeted praise from Brockhampton’s Kevin Abstract and a photo of himself with Flo Milli in his other red carpet look, designed by Richard Quinn.

Earlier this year, the musician talked about why it was important to him for “Montero” to include references to gay sex. “At first I was really afraid of alienating any of my straight fans,” he told Entertainment Weekly in May. “But then it was kind of like, if they feel offended, they were never really here for me. They were here for whatever version of myself they made up in their head.”

In the same interview, he explained why he often retweets and comments on messages sent by social media users insulting him or accusing him of being a poor role model for young people. “I kind of live for when somebody tries to get me and I’m ready to throw it back at them tenfold,” he told EW. “Do I feel bad about it sometimes? Every now and then, but I feel less bad knowing that I didn’t start it. I try to never throw stones, but if somebody throws one at me, I’m throwing an entire house.”