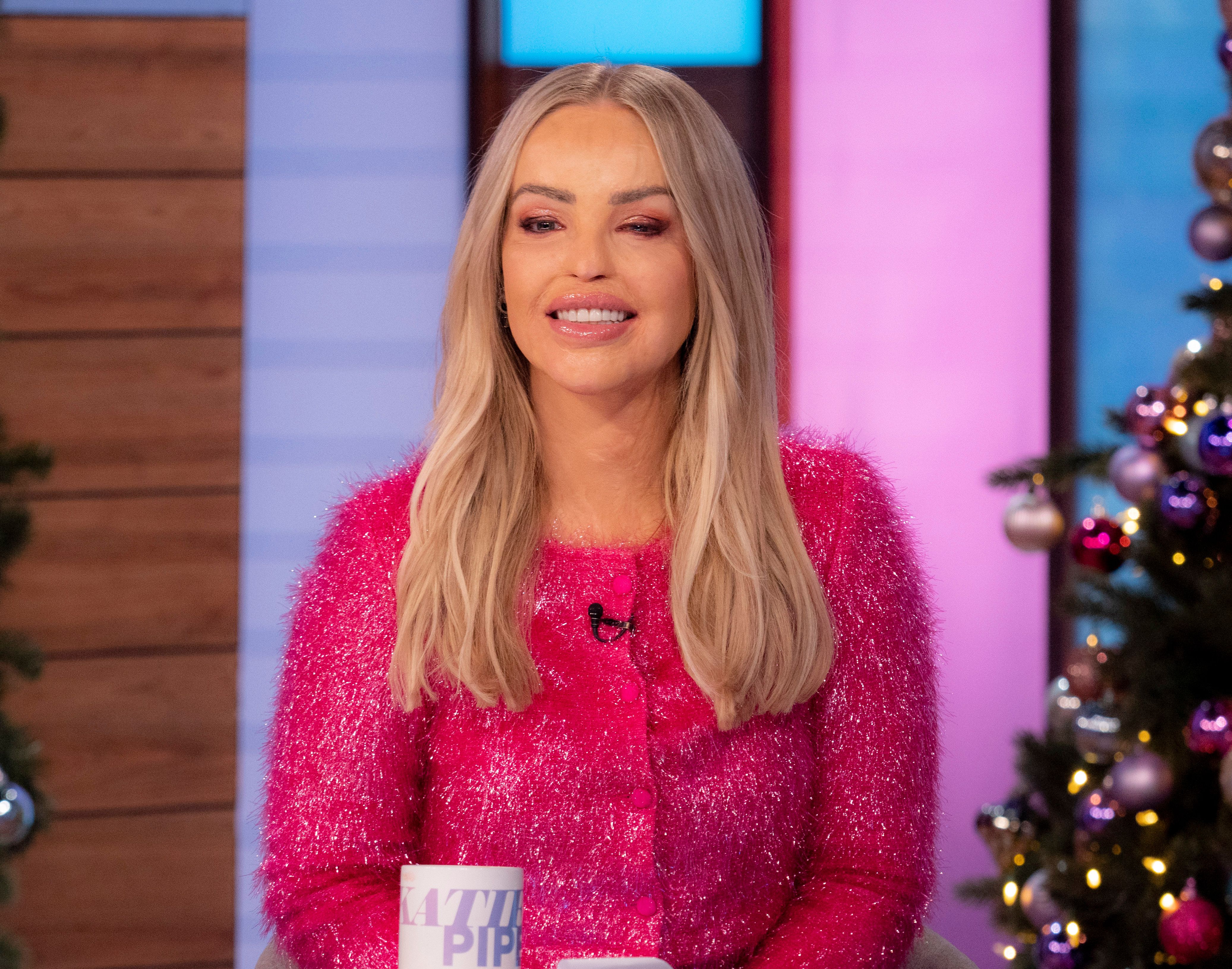 During an episode that aired on December 22, the panellist, 39, discussed whether parents should impose their lifestyle choices on their children.

She was joined by fellow co-stars Kaye Adams, 60, Judi Love, 42, and Nadia Swahala, 58, and the group focussed their attention on a mum, Reby Hardy, who had transformed her home so it resembled that of the Addams family mansion following the release of Wednesday on Netflix.

After a clip revealed the woman’s revamped house in all its glory, Katie didn’t hold back her opinion.

‘The cots are tomb. You can’t put your baby in a grave.’

Katie’s comments sparked uproar on social media at the time the episode aired, with one viewer writing: ‘Lost all respect for Katie Piper after her comments on Loose Women.’

Another fumed: ‘Goths are some of the nicest people, often more accepting of others and super friendly. Shame on you @loosewomen, especially @KatiePiper_ for spewing rubbish on such a platform, encouraging ridiculous stereotypes about a wonderful community.’

Television watchdog Ofcom has since confirmed that it received 62 complaints.

Last month, it was revealed that misogynistic and bullying behaviour on Love Island and Matt Hancock’s appearance on I’m A Celebrity… Get Me Out of Here! were the most complained about moments on television in 2022.

In Ofcom’s annual report, the two ITV reality shows topped the leaderboard, while the likes of Jeremy Vine and Good Morning Britain also racked up complaints.

In total, the television regulator received 36,543 complaints about more than 9,500 issues, with the regulator completing 74 broadcast standards investigations.