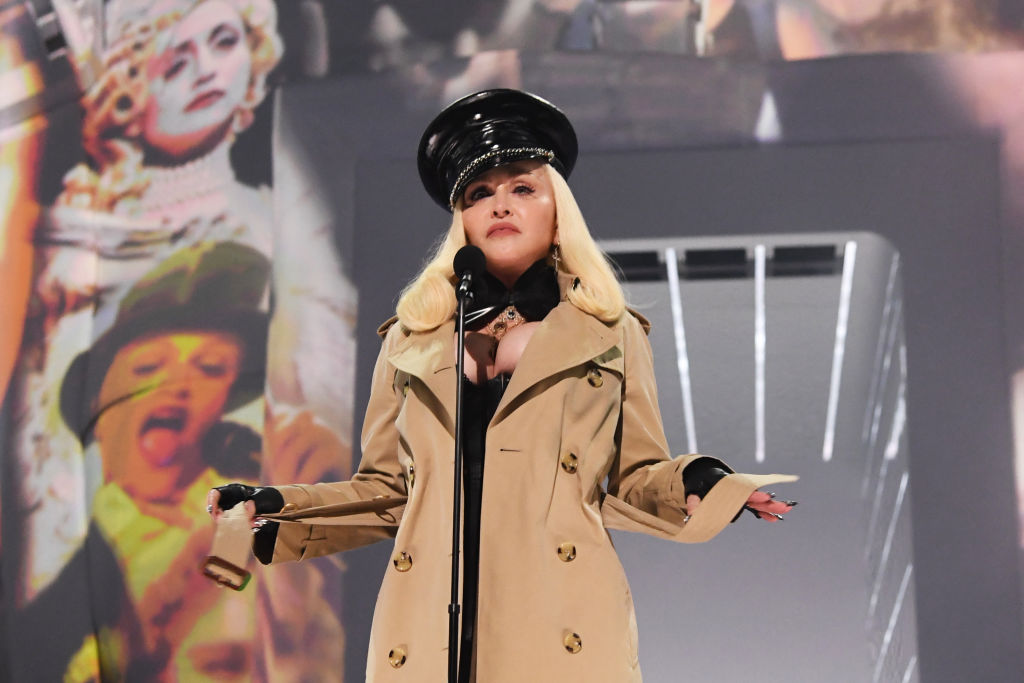 Madonna was only meant to play one London show on her global tour – but now she’s doing four due to ‘overwhelming’ demand for tickets.

The Queen of Pop, 64, initially announced she was adding a second date at London’s O2 Arena when seats went on sale on Friday (January 20), with fans complaining they were fighting to secure a ticket, and one saying it was like an ‘Olympic sport.’

Madonna added: ‘I am excited to explore as many songs as possible in hopes to give my fans the show they have been waiting for.’

A press release stated her Madonna: The Celebration Tour will take fans on her artistic journey through four decades and pay homage to the city of New York where her career in music began 40 years ago.

So, we can expect a set-list bursting with hits, meaning whether Holiday, Vogue, Material Girl or Like A Virgin is your fave, you won’t be disappointed.

Madonna is set to bring her shows to 35 cities, with the gigs kicking off in Vancouver in Canada on 15 July and continuing across North America.

The singer – born Madonna Louise Ciccone – will then cross to Europe, where she will perform in 11 cities this autumn.

Before the extra dates were added she was scheduled to only play London’s O2 on 14 October, as part of a European leg that will see her perform in Barcelona, Paris and Stockholm.

She is due to finish the tour at the Ziggo Dome in Amsterdam on 1 December.

Billed already as a ‘one-of-a-kind experience’, the tour will feature Bob the Drag Queen – real name Caldwell Tidicue – as a special guest on all dates.

Madonna announced the global tour on Tuesday (January 17) by posting a black and white video that featured DJ Diplo, actor Jack Black and rapper Lil Wayne, and ended with comedian Amy Schumer daring the singer to go on tour.

It is the first time Madonna has toured since 2019, when she performed across America and Europe mark her Madame X album, so fans will certainly be looking forward to this.

News of the extra tour dates came as Madonna fans were outraged with the prices of tickets for the tour, which marks four decades of her as a singer, with Mail Online reporting some were being sold for nearly £3,000 each.

Ever the controversial star, Madonna has also provoked controversy with a new religious-inspired photoshoot for Vanity Fair, which has been described as ‘blasphemy’ since it includes a photo of Madonna taking the place of Jesus in a recreation of the Last Supper, surrounded by 12 of her ‘disciples’.

Honestly, when it comes to this tour, expect the unexpected.