The London premiere of The Lion King took place on Sunday, and the event attracted serious star power. So much, in fact, it’s hard to believe one venue could hold it all. Case in point? Prince Harry and Meghan Markle met Beyoncé and Jay-Z and, by the end of the introduction, they were all hugging it out. To be clear, Queen Bey and her king befriending the Duke and Duchess of Sussex is a mood we are 100 percent here for.

Although she’s still technically on maternity leave after having baby Archie on May 6, Meghan has been stepping out for special occasions. Who can blame her for choosing the premiere of one of the most hyped movies of the summer, and an adaptation of a beloved classic at that? Per the norm, the new mom looked stunning, wearing a black Jason Wu dress with sheer long sleeves. Basically, she looked picture-perfect when she and Harry ran into Beyoncé and Jay-Z (not surprisingly, Beyonce also looked gorgeous in a custom gold pleated gown by Cong Tri).

The power couples seemed to get on well, chatting happily and even hugging before the screening. Perhaps Meghan and Harry congratulated Beyonce on her lead role as Nala in the Disney live-action remake. Or maybe they thanked Bey and Jay for the shout-out — during their 2019 Brit Awards acceptance speech, they gave a nod to Meghan by standing in front of a portrait of her decked out in jewels and wearing a crown. 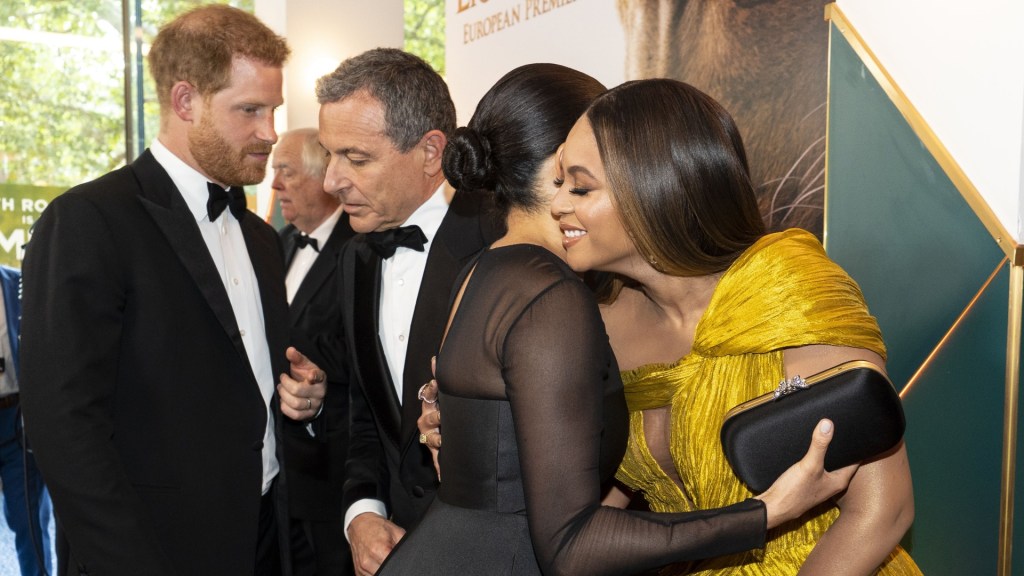 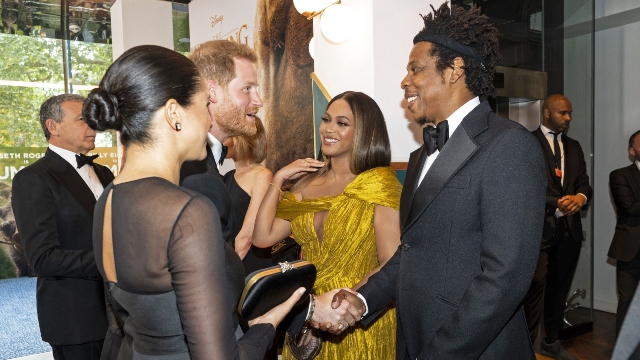 Of course, Beyonce and Jay-Z weren’t the only people at the premiere Harry and Meghan mingled with. The Duke and Duchess took time before heading into the screening to meet fans and shake hands. Per People, they also reportedly had run-ins with several other cast members.

Ever mindful of their role as global influencers, Harry and Meghan also carved out a few minutes to speak with representatives from organizations making great strides in conservationism. It’s a cause near and dear to the couple’s heart — in late June, Harry co-hosted a fundraising event for National Geographic’s Into the Okavango documentary, which “highlights the vulnerability of the critical ecosystem that is the Okavango Delta and its source rivers in Angola.”