It seems there’s no rest, even for a royal baby. Kate Middleton and Meghan Markle’s sons Prince Louis and Archie had a quasi-playdate at a recent polo match. The event marked the first public event for the royal cousins, with the excitement of the polo match acting as the perfect backdrop for the occasion. Prince William and Prince Harry were also at the charity event.

The royals made it a family affair at the King Power Royal Charity Polo Day on Wednesday, where the Duchess of Cambridge and the Duchess of Sussex supported their husbands, with children in tow. Middleton brought all three of her and Prince William’s children, Prince George, 5, Princess Charlotte, 4, and Prince Louis, 14 months, while Markle brought along 2-month-old baby Archie, who was christened just this past Saturday in an intimate, private ceremony. 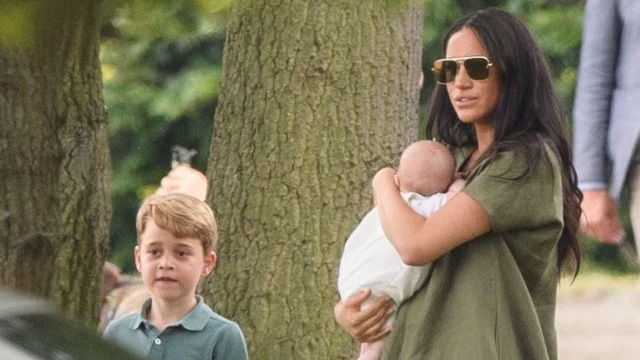 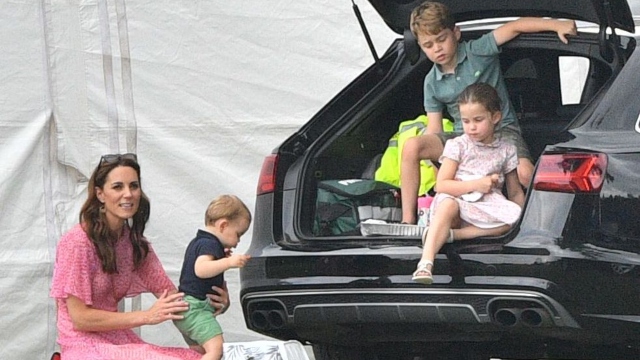 The polo match was set up to help raise funds and awareness for the various charities supported by Prince William and Prince Harry. Prince George, who turns 6 on July 22, and Princess Charlotte played nearby, while the Duchess of Cambridge toyed in the grass with Prince Louis. At 2 months old, baby Archie was carried in his mother’s arms from the parking lot to the field, giving him a tender kiss on the forehead along the way.

Prince Harry and  Markle have been enjoying every minute of parenthood these first few months. “They are basking in the glow and enjoying each day,” a royal source shared with People. “As most new parents are, they’re just so excited. There’s something new every day. They’re just really happy.” Polo is a major way of life for the royal family, and Prince George and Princess Charlotte have become accustomed to the sport at this point. “George was peering over some hoarding around the side of the pitch, grinning at the others, who were messing around with him,” the source continued.

There will definitely be more polo matches in the future for these royal cousins. And, who knows? Perhaps one day we will see one of these young royals on horseback, playing them game themselves.