Michael Jackson’s oldest son, Prince, 25, has been doing a good job of keeping his father’s legacy alive through ventures like MJ: The Musical on Broadway and sharing behind-the-scenes stories from his childhood. Now, the young entrepreneur is also talking about a very important friendship that his dad cherished with the late Princess Diana.

Prince spoke about the King of Pop with ITV’s Good Morning Britain and shared some intimate thoughts about Diana’s death in 1997. “Every time my father used to speak about his relationship with her it was filled with so much love,” he said. “But also at the same time sorrow, because he had lost a friend that was so near and dear to his heart.”

Michael and Diana met at Wembley Stadium in 1988 after his concert for the Prince’s Trust. Prince believes there was an instant “synergy” between the two of them because “he felt connected to her in a way that he didn’t really have those connections with other people.” Both of them at the time were wildly popular with their fans but also experienced great scrutiny by the press with every move they made. Prince added, “He loved how she loved, and he loved how she tried to be a great mom to her children and how she wanted to just be a good person.”

Despite their larger-than-life personalities, Michael and Diana cherished their private lives with their children more than anything. Diana was mom to Prince William, 40, and Prince Harry, 38, and Michael eventually became a dad to Prince, Paris, 24, and Bigi, 20. Now, the two pop culture icons live on through their kids after both lives were cut too short.

Before you go, click here to see photos of Michael Jackson’s kids over the years. 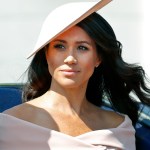