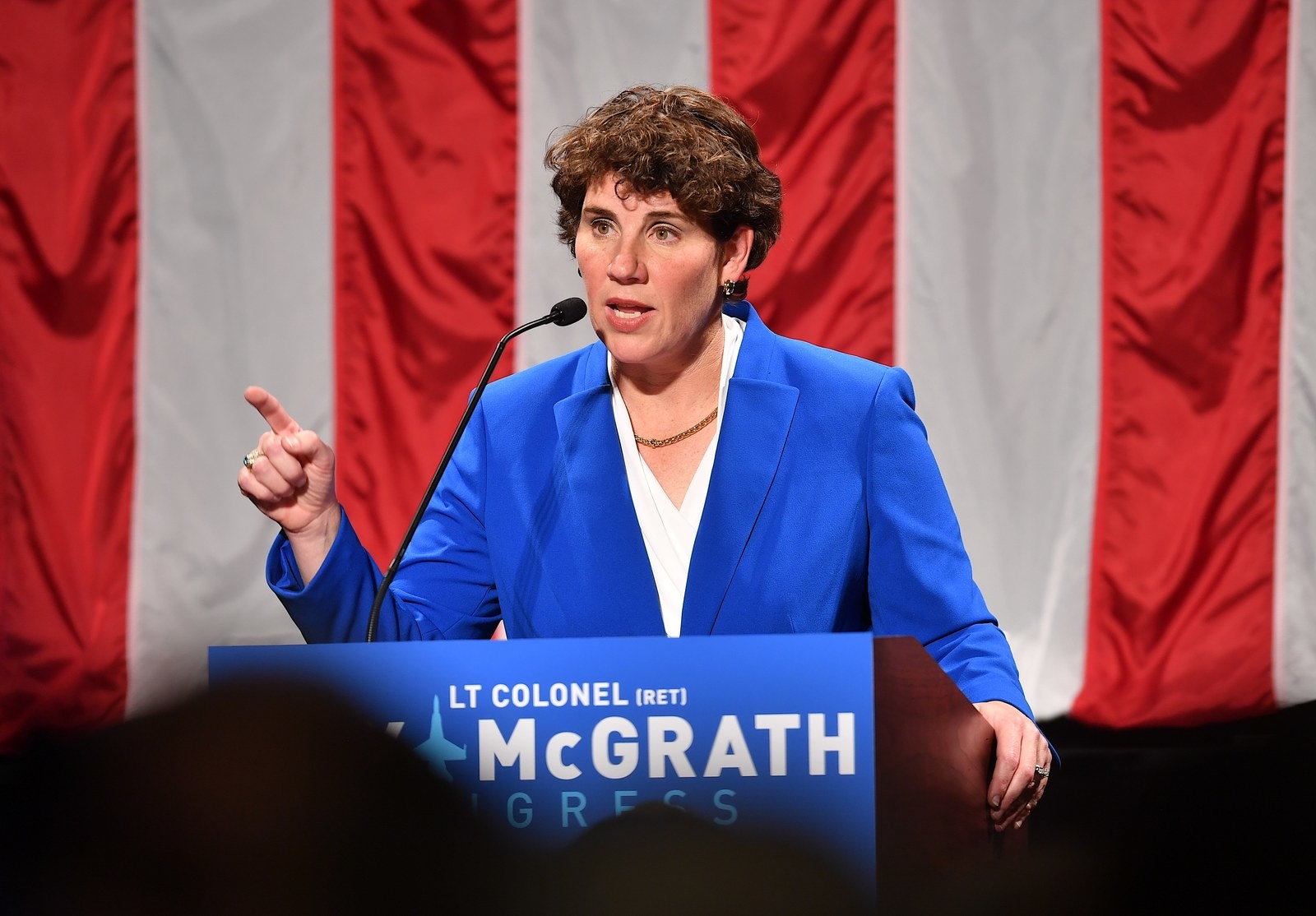 WASHINGTON — Democrat Amy McGrath says she’s running against Senate Majority Leader Mitch McConnell because he “is somebody who epitomizes everything that’s wrong with our system.”

The retired US Marine Corps Lieutenant Colonel is challenging McConnell for his Senate seat in 2020, after losing a close race for a House seat in Kentucky last year.

McGrath told BuzzFeed News’s AM to DM in an interview on Tuesday McConnell is “just the purest form of obstructionism” and getting him out of the Senate would “go a long way to get the country back on track.”

McGrath made a name for herself in 2018 with a viral campaign ad and received a lot of support after announcing her new campaign with $2.5 million in donations on her first day. When asked about how she gained support in her campaign so quickly she said it shows how unpopular McConnell is, both in Kentucky and around the country.

But McConnell is a prolific fundraiser with an aggressive campaign team and has been in the Senate since 1985. Still, McGrath argued, “This is a different cycle because people are so angry at the system.”

Despite her fundraising haul, McGrath had a rocky start to her campaign. McGrath admits she made a mistake when she told a reporter during the first few days of her campaign she would have voted to confirm Supreme Court Justice Brett Kavanaugh, who was accused of sexual assault by Christine Blasey Ford. Shortly after she gave that answer, however, McGrath tweeted that she made a mistake and would have voted no.

On Tuesday, McGrath told AM to DM she considered Kavanaugh’s basic qualifications and should have looked at the broader picture and considered the question as a senator would.

McGrath she doesn’t think her original answer has impacted her campaign. “I knew that answer was something I needed to correct, and I did that right away in the most professional manner,” McGrath said.

But Rep. John Yarmuth, one of the top Democrats in the state, said earlier this month that the Kavanaugh misstep could be a problem for McGrath and called for a possible primary challenger to ensure that a strong Democrat ends up taking on McConnell in 2020.

“I hope she prepares a little bit better for the rest of the campaign, I’m sure she will. … Because whoever is going to face off against Mitch McConnell really needs to get their game in shape,” Yarmuth told the Louisville Courier-Journal. “Certainly Amy would be a favorite in any kind of primary, but I think it would help her and if somebody else could beat her they would have demonstrated their strength as well.”

McGrath also pointed out that McConnell is responsible for Kavanaugh’s confirmation in the first place and that’s part of why she is challenging him. “It’s Mitch McConnell that put us in this place to begin with. When he ripped up the constitution, essentially, and would not allow even a vote on a sitting president’s legitimate nominee in Merrick Garland,” McGrath said.

McGrath is pitching herself to voters as a bipartisan candidate in contrast to McConnell, noting that she is a Democrat and says her husband is a Republican. She said there are many bipartisan solutions in Congress that “we all need and know we want,” but they are being stopped by McConnell. McGrath said she is the opposite of McConnell because she is not a part of the system.

“We’re just Americans, and we want to do the things that make our country better and make Kentucky better,” McGrath said.