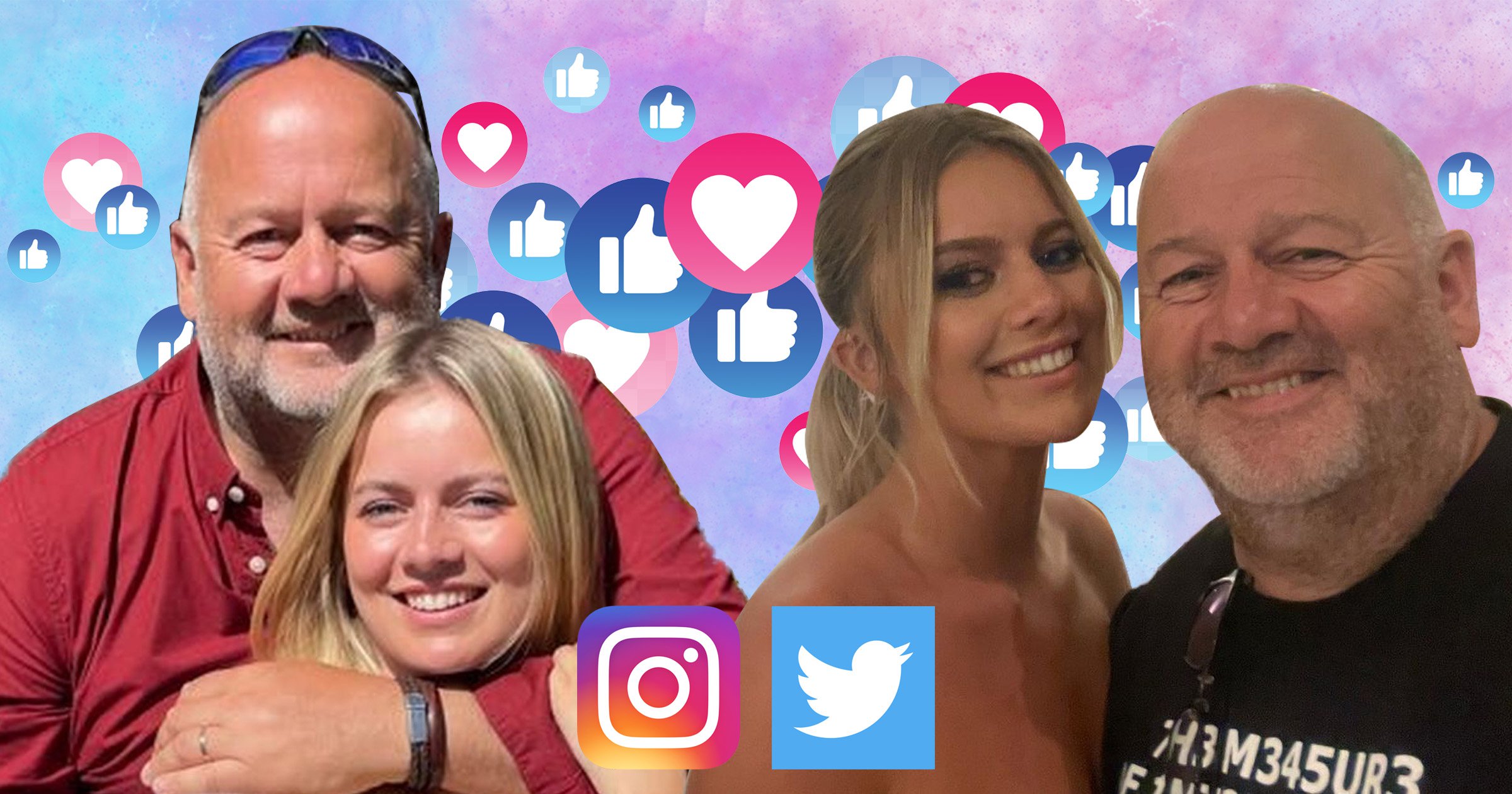 With this year’s winter edition of Love Island well underway, a parent of a former islander has shared crucial advice for fellow family members on how to deal with trolling.

Tasha Ghouri appeared on the juggernaut ITV2 dating show in the summer, leaving in fourth place with her boyfriend, Andrew Le Page.

While Tasha was making history as the programme’s first-ever hard-of-hearing contestant, shining a light on the deaf community, and, of course, falling in love, her father, Tarek, was at home scrolling through hurtful and abusive messages directed at her.

There was a time that the abuse was so bad that he even considered flying out to Majorca to pull her out of the villa.

Although he credits ITV for its rigorous duty of care protocols for family members, Tarek shares that sadly, trolling is inevitable, and it was at times hard to deal with.

Metro.co.uk caught up with Tarek to better understand what life is like for a parent of a Love Island contestant, to hear how he coped with tackling the cesspit that social media can be, and to learn the advice he would share with any other parent in a similar position.

Tarek began our conversation by stressing that ITV’s care package for parents of Love Island contestants was extremely stringent and that he was involved in conversations with members of production from before Tasha was even confirmed to appear on the show.

‘The whole care package from them was pretty good, I couldn’t fault anything really,’ he says.

‘I had four or five different numbers for the care team, and before Tasha went on the show, they explained that Tasha and the rest of the islanders could be pulled at random by the team for chats.

‘They also told me that there is a room they can go to at any point where they can talk to somebody over a camera and then someone will intervene personally if they need to. I was told there were psychologists on site too.

‘I had those numbers and they said if I saw anything on TV that wasn’t “Tasha” to call us. I’ve got to say, they were very supportive around the whole thing.’

Although there were many positive comments about Tasha’s appearance on Love Island, it wasn’t long before Tarek noticed the trolling that would start to take effect.

‘It was difficult,’ he remembers. ‘There were two occasions where I sat with my wife and said I’m going to jump on a plane and go to Majorca and drag her out of there, but then we would talk it through. There was nothing we could do about the trolling.

‘It’s worse than you could ever imagine it could be.’

Initially, Tarek shares that he did try and engage with the trolls. ‘I was taking a few to task and trying to educate and make them think that what they were saying was a bit too harsh.

‘But actually, there becomes a point where you’re looking for the bad stuff and not actually the good stuff. Life changed after me and my ex-wife decided to stop looking at the bad stuff.’

To help cope with the abuse, Tasha’s loved ones created a WhatsApp group that included her parents and friends, as well as her best mate who was running her Instagram account.

Although they would support each other through her eight weeks in the villa, naturally, they would still become upset at seeing some of the content directed at her.

‘We had to report a lot of stuff to Twitter and if there was something particularly nasty, we would all jump on and report it,’ Tarek recalls.

Some Love Island fans will remember how many of the islanders’ accounts posted the same statement on Instagram during the summer series last year, taking a stand against ‘hate messages and insults’.

Tarek tells us the collective post was in response to many of the cast members being targeted online. At the time, he reached out to Luca Bish’s sister, who was managing his account.

‘We actually spoke on the phone,’ he remembers. ‘She was in tears and getting death threats and all sorts of stuff. It was a couple of days after that that we were like, we need to tell people that this isn’t okay.

‘So, as a collective, we reached out to all the other admins on one Sunday and said would you support us if we write something and get it across to you can you stick it on your pages at 8pm?

‘I also reached out to ITV who were very supportive and did their own statement at the same time.’

Once Love Island 2022 was over and done with, Tarek knew he had to sit down with his daughter to discuss the extent of the online abuse.

After Tasha left the villa with Andrew, he managed to get a message to her quickly, urging her to avoid looking at social media until they had spoken in person.

‘We met them at Stansted, and we stayed with them for a few days at a hotel while they filmed Aftersun and pretty much the first thing I did was get Tasha in a room to see how she was doing mentally,’ he recalls.

‘Straight away she was like, “Dad I’ve seen some of it, I knew it would happen, I’m not going to look for anymore because I’ve achieved the awareness, the education about hard of hearing people and their struggle, and I’m just looking forward”.

‘I knew at that point that she was being very level-headed about it.

‘So, we did talk about it, and we found a stronger bond because of it. We already had a very strong bond, but it’s brought us even closer together which is a big positive.’

This year’s batch of Love Island contestants will have their social media accounts disabled during their time on the show to protect both themselves and their families.

It’s the first time ever that ITV has asked islanders to make their accounts ‘dormant’ while they are in the villa so nothing can be published on their behalf, and they avoid ‘the adverse effects of social media’.

‘Parents and friends should not have to go through reading that stuff about their loved ones,’ he says.

‘It’s a shame that it’s come to the responsibility of ITV to deal with it because of individuals who think it’s okay to write that stuff when it’s not. The world can be an ugly place. Those people will always find a way to get to you.

‘It’s not censorship, it’s sensible, and it sends a strong message, I think it’s very brave of them.’

Tarek implores friends and family members of this year’s intake of islanders to resist searching for hateful messages from trolls.

‘People can tell you until they’re blue in the face that it will be bad, but you don’t know until you’re in it.’

‘Just read the good comments,’ he stresses. ‘There will always be hateful comments and they will chew you up. It’s easier said than done, I know, but just slide on past with your thumb.

‘You start believing there are more negative than positive when you start reading all the negative and it’s not true. There are tonnes more positive, tonnes more.’