When I got engaged to my now-husband, four years after we met, I knew I was going to take his surname.

I also knew that when I did, I would end up sharing a moniker with the nation’s sweetheart, Charlotte Church.

While I joked with my partner that he could take my name – Jones – instead, I wasn’t too fussed about what this surname change would have in store for me.

Fortunately, I was right not to be worried. Unlike other people who have famous namesakes – like the David Cameron whose business suffered or the Harry Styles who receives lots of misdirected fan mail, life as a Charlotte Church is quite easy. 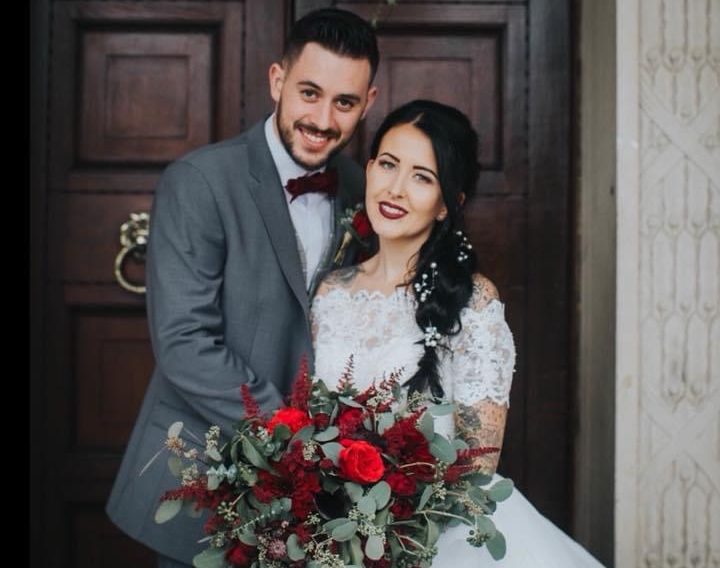 Of course, I still get a few classic responses whenever strangers see or hear my full name.

And I’ve had to open the door to many disappointed delivery drivers (I run a cake business from home so am always waiting on a parcel) – some of whom have let me know that they were expecting the songstress.

While I feel a little bit bad that they don’t get to meet the ‘real’ Charlotte Church, she’s very well known for being Welsh and living in Wales. I don’t know why they thought she would be living in Lancashire!

Something I also get a fair bit of is people asking me if I can sing them a song.

I respond by guaranteeing them that my voice is not something they want to hear. I certainly don’t have a voice of an angel.

The only thing that we have in common is that we have brown hair and that people occasionally call me a ‘crazy chick’, referencing her pop hit.

To be honest, the most frustrating part of sharing a name with Charlotte Church is that I’ve had to perfect my fake laugh.

Every time someone tries to make a joke, I have to pretend that I haven’t heard it a thousand times before.

I suppose I should be quite glad that she’s not on the scene so much any more; I don’t think many young people today would have a clue who she is.

But I don’t want to think about what it would be like if she was still dominating the charts.

I don’t even really know what she’s up to nowadays. I had a look on Instagram the other week ago and it looks like she’s a mum and is renovating Laura Ashley’s former house in a TV series.

I’m happy she’s doing well, but I don’t really have a vested interest in my namesake’s life, like some other people who share a name with a celeb do.

For example, I wouldn’t really be bothered about meeting her. Perhaps if she was really famous – but at the minute I think of her as a stranger who also happens to be called Charlotte Church.

I’m lucky that she has a good reputation though; she doesn’t cause me any problems and I imagine there are a lot worse people to have a name in common with.

Also, even though I have to deal with the comments from strangers every now and then, none of my friends or family make jokes at my expense. I don’t think many of them would have put two and two together anyway, as I tend to go by ‘Cake Mamma’, which is the name of my business and general nickname.

For that reason, I’d never change my name.

I knew what I was getting into when I chose it.

You can find out more about Charlotte and Cake Mamma here.

Hello, My Name Is…

It’s not easy having the same name as someone, or something, famous.

In Metro.co.uk’s weekly Hello, My Name Is… series, we’ll hear the funny, surprising and frankly mundane stories of people whose parents really didn’t know what they were getting their children into.

Email [email protected] if you would like to get involved.