No one can blame Carole Baskin for this one. After a highly anticipated Tiger King scripted series was announced last year, Amazon — and star Nicolas Cage — have chosen not to move forward with the project.

“We should clear the record,” the Moonstruck actor, 57, told Variety on Tuesday, July 13, while announcing the news. “I read two excellent scripts, which I did think were excellent, but I think Amazon ultimately felt that it was material that had become past tense because it took so long for it come together. They felt at one point that it was lightning in a bottle, but that point has since faded into the distance and it’s no longer relevant.” 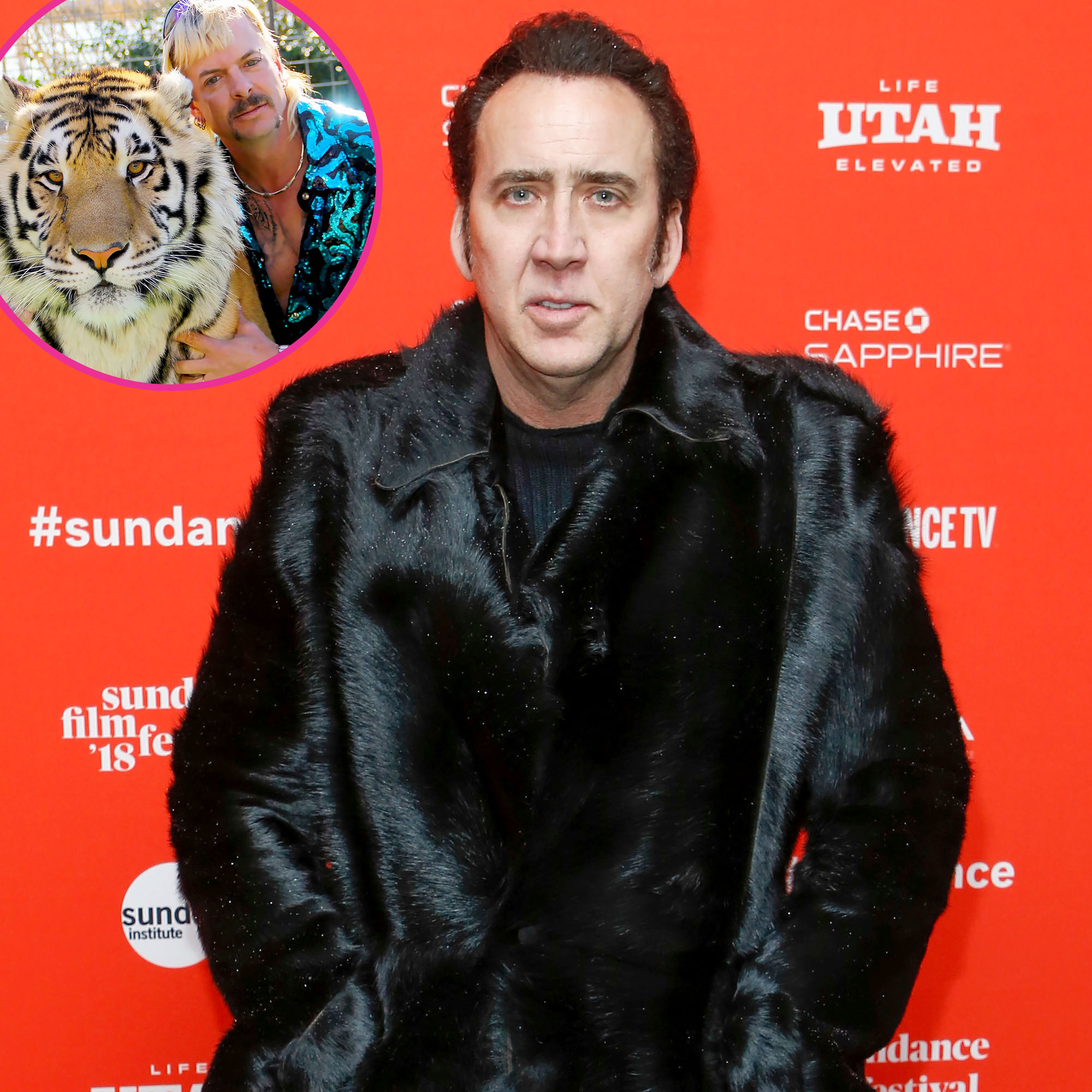 The show — which would’ve been the first TV show to ever star Cage — was based on a 2019 Texas Monthly story about Joe Schreibvogel, a.k.a. Joe Exotic, who built a private zoo in Oklahoma. The infamous zookeeper’s story was most famously told in the March 2020 Netflix docuseries Tiger King: Murder, Mayhem and Madness.

‘Tiger King’ Stars: Where Are They Now?

In 2019, Schreibvogel, 58, was convicted on 17 federal charges of animal abuse and two counts of murder for hire. He is currently serving a 22-year sentence in federal prison.

While Cage is no longer attached to the project, not all hope is lost for the show. CBS Studios, who produced the series, will have a chance to shop the show to other platforms if they so choose. Another Tiger King series is also in the works at Peacock, starring John Cameron Mitchell in the titular role. The show will also star Kate McKinnon as Schreibvogel’s enemy, Carole Baskin.

On top of moving projects, it’s been a busy year for Cage. In March, the Adaptation star announced he’d married Riko Shibata in a surprise Las Vegas wedding.

“It’s true, and we are very happy,” a rep for the couple told Us Weekly at the time. “The date was chosen to honor the birthday of the groom’s late father.”

On Tuesday, the actor and Shibata, 26, attended the premiere of Cage’s new movie, Pig. The film follows the story of a former celebrity chef whose truffle hunting pig is kidnapped.

Stars Who Got Married in Secret

“There’s less pressure and more oxygen in the room on an independent movie to express yourself,” Cage told Variety of the project.