Author Gladwell, writer of best-selling treatises on social science and human behavior, is typically sober-minded and eminently respectable, the sort of person who is admired by American presidents and the makers of “Top Global Thinkers” lists. Podcaster Gladwell, host of “Revisionist History,” is much more playful — impish, even. He’s the one who picks fights with elite college presidents, goes to bat for Brian Williams and scripts poignant elegies to McDonald’s bygone beef-fat French fries. Author Gladwell is a crisp white shirt and slacks. Podcaster Gladwell is a bucket hat and flip-flops.

The 10-episode, sixth season of “Revisionist History,” which began last week, is peak Podcaster Gladwell. Over the course of its run, the podcast, about things “overlooked and misunderstood,” has become a more freewheeling vessel for the kind of Gladwellian storytelling — combining research, anecdote and argument — that its creator made famous in books like “The Tipping Point” and “Outliers.”

The typically eclectic season delves into subjects including self-driving cars, Disney’s “The Little Mermaid” and, in a two-part series premiering Thursday, U.S. News & World Report’s annual college rankings, a longstanding and influential barometer of academic excellence with a mysterious methodology.

In a recent phone interview, Gladwell, 57, talked about the new season, the U.S. News rankings and the moral value of all his mischief-making. These are edited excerpts from the conversation.

How did you get interested in the U.S. News college rankings?

Well, I’ve always been interested in them because I’m Canadian, and I’ve always been overwhelmed with how nuts the American system of higher education is. And it strikes me that the U.S. News rankings are so emblematic of that nuttiness, a marketing ploy 30 years ago that has somehow been lodged in everyone’s brain ever since. And when you interrogate the criteria they use to decide whether one school’s good and one school is not good, it makes no sense. I simply can’t get over the fact that people take this seriously.

People who listen to the show will know that American higher education has long been a favorite target of yours. What about it bedevils you?

There’s one thing America does well, which is it has created some really great high-end research universities. I’d keep that, but everything else is crazy. You take any kid who’s serious about college in their junior and senior year of high school and just completely stress them out in what should be a very happy time in their life. Then, they go to schools, and they are invariably impoverished and come out loaded down with debt. And then, there’s a handful of schools everyone wants to go to, which deliberately exclude as many people as they can, and they’re the ones that get all the money. There’s no part of that that makes any sense.

And you have, complicit in all of this, a ranking system which chooses to reward schools for doing exactly the opposite of what they should be doing. When you start peeling back layers, you discover that baked into a lot of these assessments of higher education is a series of assumptions that are appalling. This thing that they’re relying on, it’s very close to being racist. I don’t want to say it’s active, open racism, but it doesn’t look good.

Was that your suspicion going in? Or what did you expect to find?

Well, I had a couple things in the back of my mind. I’ve always been fascinated by HBCUs [Historically Black Colleges and Universities], and the fact that they do this seemingly impossible thing, which is they take kids from lower socioeconomic backgrounds, and they manage to produce this extraordinary educational outcome. So then I connected that to this particular project, because I realized that the systems we use to rank schools are completely uninterested in the thing that HBCUs do well.

The second episode of the series focuses on Dillard University, an HBCU in New Orleans, and its president Walter Kimbrough. What won you over about what they are doing?

The question was: If the function of higher education is to provide opportunity, what does that look like? Kimbrough struck me as someone who has thought deeply about that question, and Dillard has created an answer that is tailored to the population they’re serving. If you’re from the upper middle-class, and both of your parents have graduate degrees, it’s an easy lift to put you in position to make your way in the world. The hard version is where maybe your parents didn’t go to college. Maybe your high school had no A.P. courses, or your family makes so little money that if your dad gets sick and loses his job in your freshman year, you can’t stay in school. Dillard is an institution set up to solve that harder problem. 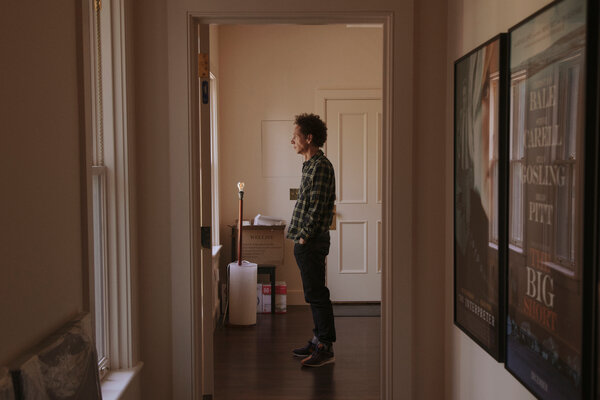 One of the things that makes the show is hearing just how passionate you become about these arguments. How important is that to your process, finding a subject that gets you fired up?

Really important. I am a creature of enthusiasm. There are things I really love, and there are things that drive me nuts, and I think it’s important in a good season of “Revisionist History” to have a little bit of both. We have three episodes this season on “The Little Mermaid.” “The Little Mermaid,” as it was constructed by Disney, is an abomination. And so that’s what got me going on that one. But the first episode is just a lark about my love of running and how I see in the future a world where I can run wherever I want. One of the wonderful things about audio is it is this insanely powerful and direct way of communicating both positive and negative emotion. That’s been an eye-opening discovery for me: Oh, at last, after decades of ranting in the wilderness, I have a platform.

How do you balance the fun that you have at the expense of something like the college rankings and the seriousness of what you’re advocating for? Do you see yourself as someone who’s trying to change the system? Or is it more just an entertaining story that you’re after?

I think it’s a little bit of both. With Dillard, for example, one very concrete thing that would really help schools like that would be to identify kids at the low end of the income spectrum and substantially increase the size of Pell grants. That’s not going to happen overnight, and it’s not going to happen because of a podcast, but it will happen if we start to have a conversation with the understanding that there is a real need there. I would love to be one little voice in that conversation.

But I think all of us who work on the show feel that it works best when it’s varied. I don’t want it to be seen as a show that has an ideology, that is didactic and is lecturing the news. Our goal is not just to educate or inflame, it’s also to entertain. The serious stuff is also more powerful when you use the platform selectively.

I think I’m pretty committed to audio now. I’m able to still do a little bit of writing from time to time. In fact, I’m writing a book right now, but it’s going to be audio first, like “The Bomber Mafia” [Gladwell’s recent book about the Air Force in World War II]. It may be the case down the road that I stop doing podcasts and only do audiobooks. I spent many decades in the print world and did a lot of incredibly fun things, but this is my new phase where I want to explore. I think of this as a new chapter of my life.