“Orange Is the New Black” is coming to the end of its sentence.

The final season of Jenji Kohan’s groundbreaking show about inmates in a women’s penitentiary arrives on Netflix on Friday. In 2013, the show introduced us to Piper (Taylor Schilling), a New Yorker with an artisanal soap company. Piper went to prison after pleading guilty to an old charge of carrying drug money, and we were introduced to a sprawling population of indelible women incarcerated alongside her.

The show has crammed a vast plot and many characters into what amounts to only about 18 months of fictional time, including multiple prison gang power grabs, deaths, rapes, births, escapes, a riot and a big move from minimum to maximum security. While Piper left prison in the Season 6 finale, after finishing her sentence, her new wife, Alex (Laura Prepon), is still incarcerated, and Season 7 opens to find Taystee (Danielle Brooks) coming to terms with a life sentence after being convicted of murdering a guard. 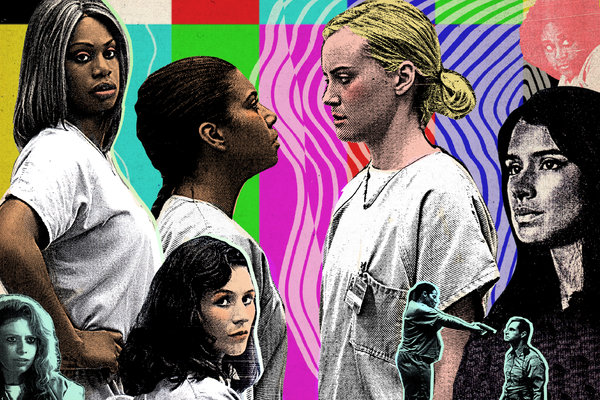 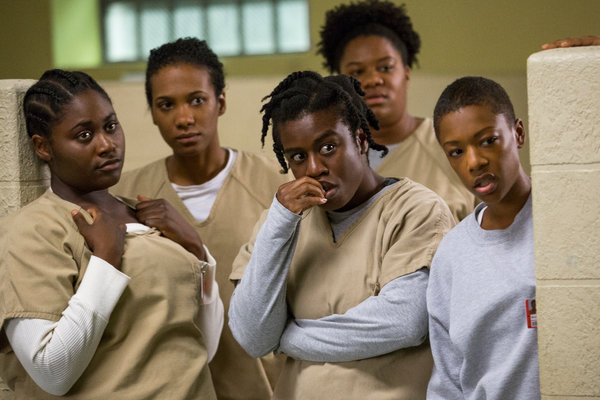 What does successfully wrapping up this sprawling show look like for its creator? “Impact and connection, more than anything,” Kohan said in a phone interview this month. “Even if people are nothing like these characters, if they can recognize the emotional truth of their human experience, then it’s been a success.”

Kohan, who also created “Weeds” and “GLOW,” reflected on why she finds dramedy more realistic than straight drama, how she shapes her characters’ back stories and why she tells her kids to talk to strangers. These are edited excerpts from that conversation.

How does it feel to be coming to the end of seven seasons of the show?

It’s a mixed bag. I’m ready to be out of prison. It takes up a lot of psychological space, and it can be oppressive and difficult and depressing. But it was a privilege to do this show. The people that came together to build it and inhabit it were remarkable, and the fact that we got to normalize diversity — it’s really hard to give that up. But seven years is a good run, and it was time.

The early seasons explored how and why women end up in prison, and this final season seems really to focus on how incarceration changes people. When did you know the shape of different characters’ arcs?

Every year, we start three or four months before shooting as a writers’ room, and we talk about our goals, about issues we want to write about, about stories we want to tell. That’s how the season begins to take shape. So, by the time we start writing, we’ve spent weeks and weeks just throwing things on the board, and figuring out those arcs and those stories.

So, it was part of the process that we take on every year, only this year the stakes were a little higher because we wanted to wrap up the show. But we also feel like, in some alternate universe, all these characters and this show continue, really. 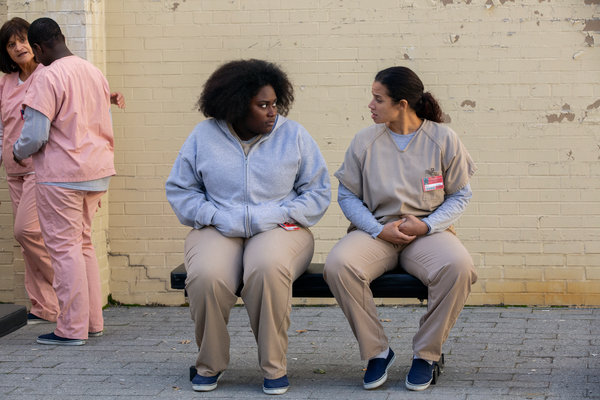 Do you see the show as a form of protest?

It’s a call to awareness, a call to empathy and a call to feel injustice and want to do something about it. At the same time, I feel like my first job is to entertain, and hopefully people just have a good experience in watching it.

In this new season, there are story lines around ICE detention centers and the #MeToo movement, as well as prison. How do you balance these heavy topics with making the show entertaining and funny?

I think that it’s organic. I’m a strong believer in humor for survival. I don’t believe a drama that is 100 percent dramatic, because that’s not how we live and function as human beings. So I find it very natural to slam comedy up against tragedy, because it mirrors life.

So, I want to talk a little about the show’s legacy. I don’t feel as if “Orange” got the credit it deserved sometimes.

This is for you to say, not for me to say. [Laughs.] And I felt the same way about “Weeds,” frankly. I can’t rely on public perception or accolades — I’ve got to keep my head down and do the work, otherwise I’d be crushed. It’s not an area I focus on a lot, except late at night when I can’t sleep.

One of the ways “Orange” was ahead of its time is the diversity of the cast, right from Season 1.

It’s so important because I think for so long [television] hasn’t been a natural representation of the population, and it should be. But before all of the diversity and the inclusion or whatever, our baseline is talent. You can be a black lesbian in a wheelchair, and that’s great. You tick a lot of boxes. But if you can’t act, I’m sorry, you’re not getting the part. And because [people of color and other marginalized groups] had been neglected, there was so much talent. It was like, oh my God, people have been idiots for not tapping that.

The character of Piper — and the real Piper’s memoir — was a Trojan horse of sorts to get more diverse stories onscreen, and she remains a lead character right through to the end of this final season.

I think, in the beginning, it certainly was that. But I think it evolved in such a way that it’s a pantheon of really interesting characters, Piper included, and she’s just one among a group of people with amazing stories to illustrate. It wasn’t taking away from anyone else.

Where do you and the writers find inspiration for all the characters’ back stories?

It’s personal, it’s podcasts, it’s news. It’s “I overheard this on the bus,” it’s “I had a dream last night.” It comes from everywhere, and I really strongly don’t believe you have to be it to write it, because it’s our job to imagine other people’s experiences.

Your shows often portray women’s stories that are offbeat, or at least rarely seen. What’s your process for conceiving show concepts?

I hate to define my brand, but what I’m really more interested in than offbeat women’s stories is crossroads, where really different people are forced to interact with one another.

Have you experienced that yourself?

Absolutely. They’ve been some of the best times in my life. My first job was on “The Fresh Prince of Bel Air,” and while on that job, I learned to play dominoes. I ended up on the boardwalk in Venice Beach by the basketball courts, playing with a really assorted group of fellas, to the point where I was running down there every afternoon.

I spent time with all sorts of people who were very unlike me, and who had very different backgrounds, and different races, and different experiences. It was so much fun, and I think that might have been one of the first times I was really aware of how exciting that could be.

And I suppose, in a way, the experience of watching television can be that as well.

For a long time, there were black shows, and there were white shows, and I would watch all of them. There’s so many ways to live, and it’s nice to be reminded that yours isn’t the only one. It’s something we’re so lacking and so afraid of right now. I want to encourage it. I’m the mother who told her children, “Talk to strangers.” I think stranger danger is a terrible message, actually.

Many characters who were dangerous or scary early in “Orange,” like Red, Pennsatucky and Suzanne, aren’t by the end of the show.

I believe it all goes back to the fact you’re not that worst moment in your life. I’m not saying that there are not sociopaths who might be irretrievable, but I think it’s a small percentage, and everyone else is the people who messed up. I think people do mellow with time. You spend more years on this earth, and your perspective widens.

I don’t want to feel like we took the teeth out of everybody, and everybody became a better person. But. on the other hand, I’m in love with my characters, so maybe I got a little soft.