Phil Hymes, a veteran lighting director who became a major, if irascible, backstage figure with “Saturday Night Live” for his strong opinions about stagecraft he liked and comedy he disliked, died on Monday in a Manhattan hospital. He was 96.

His son, Jeff, said the cause of death was complications of bladder cancer.

“He was a force to be reckoned with, and his presence and strength were something I came to rely on,” Lorne Michaels, the longtime executive producer of “S.N.L.,” said in a statement. “He will be missed, but if God has him now, despite all the arguing, heaven will be much better lit.”

Mr. Hymes joined “Saturday Night Live” in 1976, in its second season, bringing with him decades of experience at NBC, much of it spent in live programming beginning in the early 1950s.

He remained with the show until early 2018, after nearly 42 years of putting up lights and designing the look they gave to sketches, monologues and musical numbers.

Several months later, at 95, he accepted an Emmy Award, his first since 1965, for outstanding lighting design and direction for a variety series.

“If I had known it would have come at this frequency,” he said when he accepted the award, “I’d have gotten a bigger display cabinet.”

Brutally honest with a sharp wit, Mr. Hymes was known to stop rehearsals at “S.N.L.” when he felt that something — whether it was a performer’s dress, hat, hair or makeup — did not look right under his crew’s lighting.

“He said something to Lady Gaga — something nobody would ever say to her, probably about what she was wearing, or her makeup,” Rick McGuinness, a lighting director who shared the 2018 Emmy with Mr. Hymes and Geoff Amoral, said in a phone interview. “Whatever he said, I later overheard her say: ‘I love him. He tells me the truth.’”

A dispute between Mr. Hymes and the rapper Kanye West’s representatives over scenery they had brought to a taping nearly led Mr. West to leave the show altogether after the dress rehearsal.

“He did it all for the good of the show,” Mr. McGuinness said of Mr. Hymes.

Mr. Hymes would sometimes critique, just as acerbically, the show’s comedy. Interviewed this year at the 92nd Street Y in Manhattan, the comedian John Mulaney, a former “S.N.L.” writer and performer, recalled Mr. Hymes’s tart response to a sketch he had written: “Not your best work!” 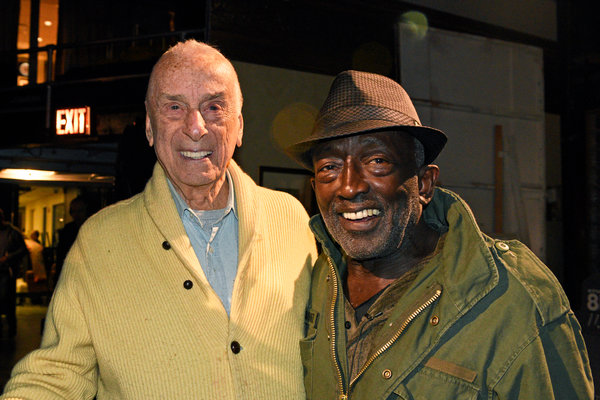 Another time, amid preparations for a Christmas sketch set at the White House, Mr. Mulaney and the cast member Seth Meyers were discussing the lighting that should be used for the windows.

“Phil walked through and said, ‘I lit John Kennedy in the White House,’ and walked out,” Mr. Mulaney said.

Mr. Hymes appeared to be referring to the time he set up the lighting for a televised presidential debate between then-Senator Kennedy and Vice President Richard M. Nixon in September 1960.

By the end of the debate, Kennedy, tanned and relaxed, appeared to have triumphed over a sickly looking Nixon, who had been noticeably perspiring under Mr. Hymes’s lights.

Philip Frederick Hymes was born on April 19, 1923, in Manhattan to Jacob and Regina (Rothenberg) Hymes. He grew up in Hempstead, on Long Island. His father was a chemist and his mother a homemaker.

Mr. Hymes attended Adelphi College (now Adelphi University) in nearby Garden City — where he acted in plays — until his studies were interrupted by service in the Army Signal Corps in both the European and Pacific theaters of World War II. He returned to Adelphi after his discharge and graduated in 1949. He earned a master’s degree in psychology from Teachers College at Columbia University.

He started work at NBC in 1951. Over the next quarter-century, he lit programs like “Today,” “Your Hit Parade” and “Sing Along With Mitch.” He won his first Emmy for lighting “The Magnificent Yankee,” a 1965 “Hallmark Hall of Fame” television movie about Oliver Wendell Holmes Jr., the Supreme Court justice.

He also organized the lighting for NBC News’s coverage of many Republican and Democratic national conventions.

During his later years at “S.N.L.” Mr. Hymes was also a lighting consultant to “Late Night With Seth Meyers” and “The Tonight Show Starring Jimmy Fallon.” He occasionally appeared onstage on “S.N.L.,” in one instance credited as “Old Man in Viagra Sketch.”

In addition to his son Jeff, he is survived by his daughter, Janna Hymes; another son, Thomas; five grandchildren; and a sister, Florence Snyder. His wife, Virginia (May) Hymes, died in 2011.

Mr. Hymes once described the importance of his craft.