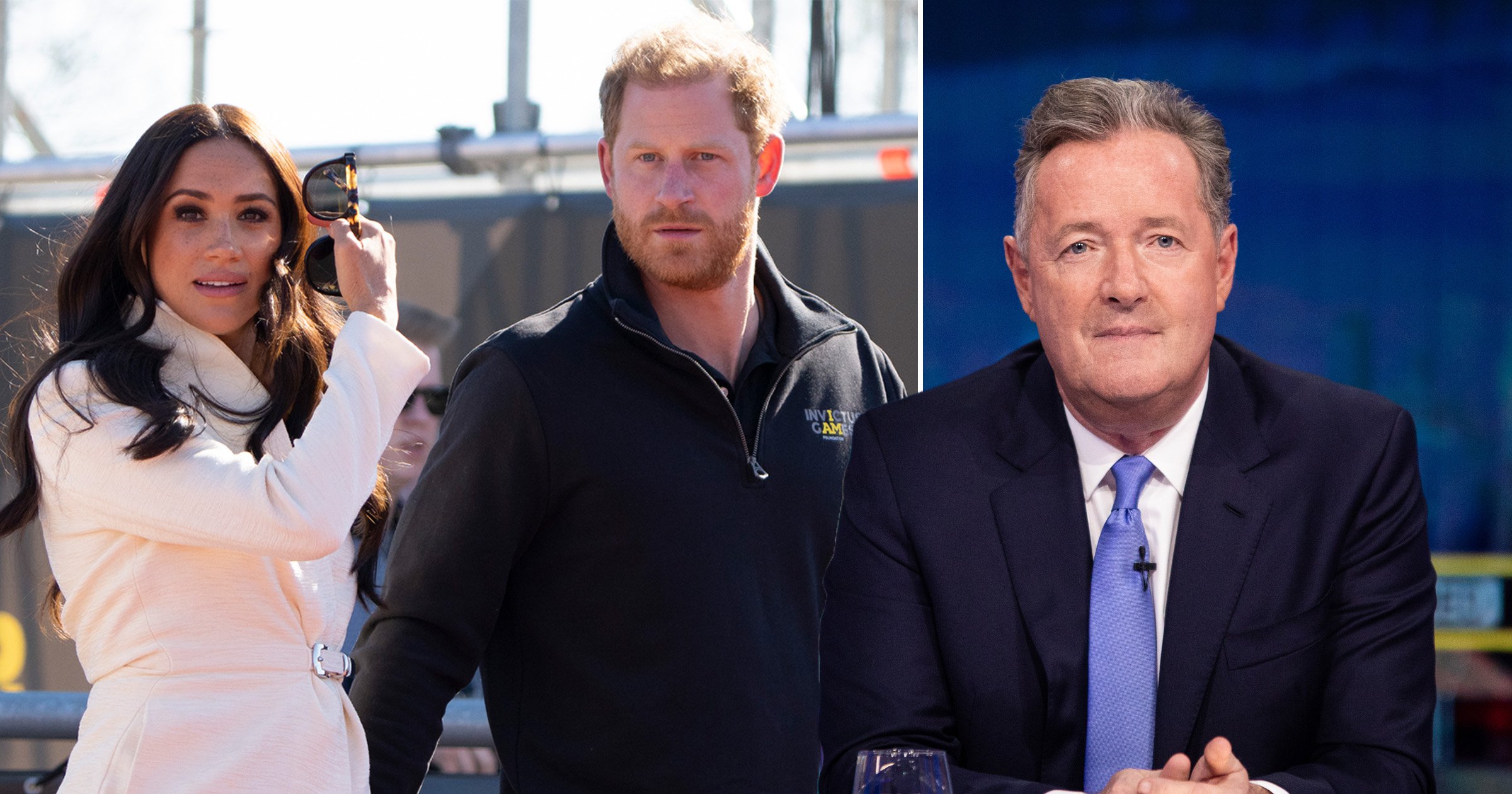 Piers Morgan has revealed who he is burning to interview and it may come as a surprise to learn that Meghan Markle and Prince Harry are top of his list.

The Uncensored presenter is renowned for being one of the Duke and Duchess of Sussex’s biggest critics, never hesitating to criticise the couple for their claims about the Royal Family.

It’s well-known that Piers, 57, had a friendship with Meghan, 41, when she was an actress on Suits, and famously met up with her for a drink in London the same week she went on her first date with Harry, 38.

However, their friendship soured soon after and Piers has made it his mission to call out the Royal couple at every turn.

So it may come as a shock that the TV presenter wants nothing more than to sit down with Meghan and Harry, and air out their grievances once and for all.

‘I’d be quite good in training Meghan and Harry to be proper people again,’ he told Spencer Matthews on his Big Fish podcast.

The broadcaster continued: ‘If you could swing it I’d love to do an interview with both of them actually. No holds barred, live interview, me one-on-one with Meghan and Harry.

‘It would break all records for television viewing in history and I’d have a few supplementary questions that would go a little further than the current questions.’

Piers was later asked who his dream interview would be and noted that it would have been Queen Elizabeth II before her death in September. He then noted how ‘fortunate’ he’s been to have interviewed public figures such as Nelson Mandela, the Dalai Lama and various American presidents and British prime ministers.

‘I’ve been very fortunate, all the biggest stars in the world, there aren’t many left,’ he said.

He then admitted: ‘I do think the Duke and Duchess of Sussex would be great for them and for me. I think that would be one of those meetings of minds where we could get it off our chest and move on.’