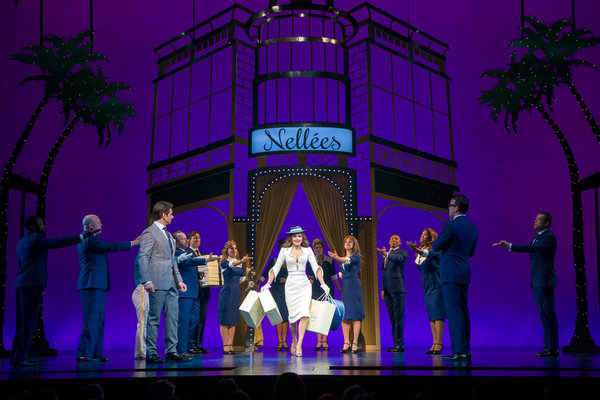 “Pretty Woman,” a musical adaptation of the 1990 romantic comedy starring Julia Roberts, will close in August after a year on Broadway, the show announced Wednesday.

With music and lyrics by the pop songwriters Bryan Adams and Jim Vallance, the production was the latest effort to retool a hit movie for the stage. Producers declined on Wednesday to disclose its costs, but after a strong start, the box office fell off considerably; the musical grossed $538,552 for the week ending June 30 — only 39 percent of its potential.

In a season that also included the adaptations of the movies “Beetlejuice” and “Tootsie,” “Pretty Woman,” which Jerry Mitchell directed, was harshly reviewed and didn’t pick up any Tony Award nominations. At the time of its Aug. 18 closing it will have played 27 previews and 421 regular performances.

From the start, the musical faced an especially knotty challenge: how to modernize the movie’s male-savior plot for a post-#MeToo audience. Could Vivian, the hooker with a heart of gold played by Ms. Roberts in the film, be the savior this time around? Despite the feminist gloss, the show still “hewed suffocatingly close to the film’s story, gags and dialogue,” Ben Brantley wrote in his review for The New York Times.

Samantha Barks made her Broadway debut as Vivian, opposite three-time Tony Award nominee Andy Karl as Edward, the chilly businessman played onscreen by Richard Gere. The Times review didn’t fault Ms. Barks for the show’s problems; costumes and lines that closely mirrored the film gave her “no chance to banish stardust memories of the woman who created her part,” Mr. Brantley wrote.

Two new actors will take over the leading roles, albeit briefly, from late July through the show’s final performance: Jillian Mueller, a member of the ensemble, will be Vivian, with Brennin Hunt (the broken-footed Roger from Fox’s kind-of-live “Rent”) as Edward.

A German production of “Pretty Woman” will open in Hamburg this September, the show announced Wednesday, and a West End production and United States national tour will follow in 2020.