Prince Charles is feeling the effects of the interview Prince Harry and Meghan Markle did with Oprah Winfrey on Sunday night. The interview won’t air until Monday night in the U.K., but there are enough clips on social media to make the monarchy realize that they don’t look too good coming out of the TV special. 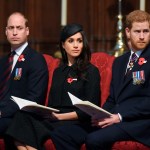 
Did the Royals Cover Up Prince William Cheating Rumors While Claiming They Couldn't Help Meghan Markle?

Prince Charles is said to be “in a state of despair” over the revelation that he stopped returning his son’s calls after Harry and Meghan made the decision to leave their senior royal roles, according to Vanity Fair. There is a lot of hurt and pain over the circumstances of the last few years and it’s clear the only ones who are communicating their feelings are the stateside couple. The royals are keeping a stiff upper lip, just like they’ve been instructed for decades per royal protocol.

“For Prince Harry to say that he felt let down by his father must have been a difficult thing to say and hard for Charles to hear,” royal author Sarah Gristwood told Vanity Fair. “Now, just at a time when by and large Charles had started to look like a more popular King than one would have guessed, here’s a major blow to his reputation. That his son felt let down by him.”

Harry expressed his disappointment in how his father treated him, but he has said there is hope for their relationship in the future. “There’s a lot to work through there. I feel really let down because he’s been through something similar, he knows what the pain feels like, and Archie’s his grandson,” Harry said to Oprah. “But at the same time, of course, I will always love him. But there’s a lot of hurt that’s happened, and I will continue to make it one of my priorities to try and heal that relationship.

Gristwood believes it may be more difficult to mend the family rift after the interview, though. “It’s hard to know if Harry is aware of the damage this has done,” she said to Vanity Fair. “Did he actually intend to cast this damaging light on his father and his family? We don’t know.”

What we do know is that something has to change within the royal structure given the fact that they seem to have learned very little from the tragedy of Princess Diana. Perhaps this interview will be a wake-up call for everyone in the family — once the shock of the Oprah interview has subsided.

Click here to see the 100 best photos of the royal family from the past 20 years.