From bare-faced selfies to glowing swimsuit snapshots, Salma Hayek shows every part of herself to her fans. However, despite being so open, something we rarely see is a snapshot of her and her gorgeous lookalike daughter Valentina. But recently, she shared a super-rare update on her growing daughter and the video will warm your heart.

On May 10, Hayek posted a 15-second snippet from her and her daughter Valentina’s Vogue Mexico video for Mexican Mother’s Day.

She posted it with the caption both in English and Spanish, saying, “Happy Mother’s Day to all the Mexican mothers and to all the mothers around the world who are celebrating today! ¡Feliz Día de la Madre a todas las madres Mexicanas y a todas las madres del mundo que celebran hoy! @voguemexico #happymothersday #felízdíadelamadre.”

You can see the video HERE.

In the video, they talk about a plethora of subjects, all in Spanish. Throughout the clip, we also see stills of them hugging, cuddling, goofing off with designer bags, and overall looking like the cutest mother-daughter duo out there.

Hayek and her husband Kering CEO François-Henri Pinault welcomed their daughter named Valentina, 14, back in 2007.

Hayek recalled to The Guardian while promoting the film House of Gucci, that she appreciates having her daughter in her forties. She said, “You appreciate it so much more because, by the time you get there, you’ve been through the fear of maybe it might never happen… I was a little bit wiser.” 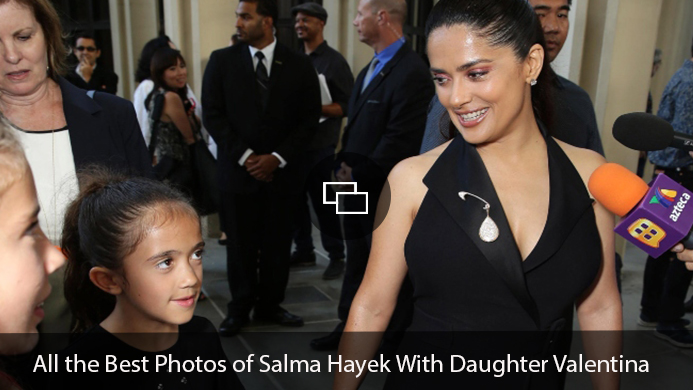