The waiter had barely put the plate in front of her when the 46-year-old woman felt the color drain from her face. She was in Fresno, Calif., on a work trip and had come to a restaurant to meet an old friend for dinner. But all of a sudden her stomach dropped — the way it might on a roller-coaster ride. A sudden coolness on her face told her she’d broken out in a sweat. She felt dizzy and a little confused. She saw the alarmed face of her friend and knew she looked as bad as she felt. She excused herself and carefully made her way to the bathroom. She sat in front of the vanity and supported her head on her arms. There was the now-familiar stabbing pain in her stomach.

She wasn’t sure how long she stayed like that. Was it 10 minutes? 15? At last she felt as if she could get up. As she hurried to meet her friend at the entrance, she felt the contents of her stomach surging upward. She covered her mouth as vomit shot between her fingers. She lowered her head and bolted through the doorway, trying not to see the horrified faces of the diners.

In the parking lot, the rush of stomach contents continued until she was completely empty. Exhausted, she sank into the seat of her friend’s car. She was too sick to go back to her hotel, her friend said. Instead the friend would take her to her house, until she felt better.

The next thing the woman remembered was that she was sitting on the floor of her friend’s shower, hot water pounding her back. When she could, she crawled into bed. She slept until late the next morning. She thanked her friend, canceled her morning meetings and later that day headed home to Stockton, Calif.

She’d been sick for months before that night in the restaurant. All her life, she had been proud of her iron stomach, but starting maybe eight months earlier, it had become strangely fragile. These days she was queasy all the time. It was hard to eat, and when she did, the food often came right back up. And she was weak. She had been doing yoga for years but recently couldn’t maintain some of the most basic poses. She always felt tired. She couldn’t get enough sleep or enough salt. She had never used salt, but now she poured it on everything she ate — when she could eat.

Five or six months earlier, she went to her doctor’s office and saw a nurse practitioner. She examined her and sent off some labs. They didn’t show much; her sodium was a little low, but the N.P. wasn’t worried about that. A month later, she went to see her doctor. She’d seen this physician only a couple of times — usually for physicals; she was never sick. She explained how weak and tired she felt; how much her stomach was hurting. The doctor examined her and read over the test results. Everything looked fine, she was told. So the woman just kept popping over-the-counter heartburn pills, hoping to feel better soon.

The day she got back to Stockton, she made another appointment with her doctor. She described the horrible events that took place the night of the dinner and reminded the doctor she’d felt sick for the past few months. The doctor nodded thoughtfully. She wasn’t sure why the woman felt so tired and weak but said what she felt over dinner was probably reflux. I can give you a stronger medication than the stuff you get over the counter.

Reflux! The word hit her like a slap in the face. This wasn’t reflux. There was really something wrong with her! Hadn’t the doctor been listening? She felt a hot rush of tears stream down her face. Why are you so emotional? the doctor asked. She sounded surprised and a little annoyed. The patient left the office with a prescription for an anti-nausea medication and another for reflux — and a determination to find a new doctor. 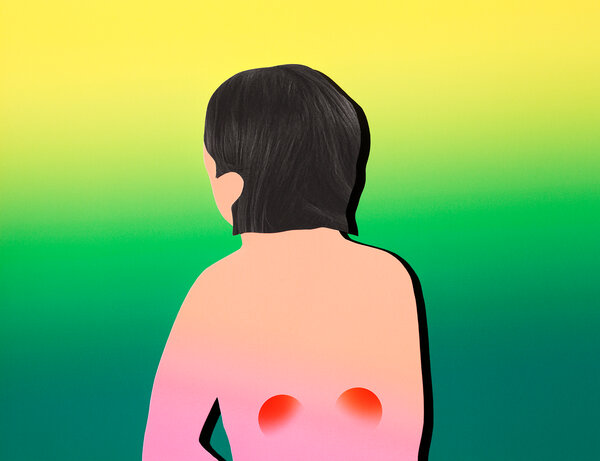 When the patient looked in the mirror, she hardly recognized herself. She’d lost 15 pounds. Her clothes hung off her frame. Her skin looked different, too. She was worried about some dark spots on her face and hands. If she couldn’t fix her stomach, she told herself, at least she could fix her skin. The following week she made an appointment with her dermatologist, Dr. Gerald Bock.

The doctor greeted her warmly. Then, more sternly, said: “It looks like you have a suntan. Have you been out in the sun?” It wasn’t the first time she heard that. “My friends keep saying that!” she exclaimed. She hadn’t been anywhere warm, didn’t go to tanning parlors, didn’t use tanning products. She didn’t know why her skin looked darker. And really, she felt so awful these days that she didn’t have the energy to even wonder about it.

Bock knew that some of his patients didn’t immediately acknowledge their tanning habits. But he could tell that wasn’t the case with this patient. He stepped out of the exam room and went to his office. At his computer, he searched for causes of hyperpigmentation. Two rare disorders came up immediately: hemochromatosis — an inherited disease in which patients are born without the chemicals needed to get rid of excess iron. Over time, these patients end up with too much iron in their system. When it collects in the pancreas, patients develop diabetes; in the joints, arthritis develops. And when it builds up in the skin, patients look darker.

The other disorder known to cause skin darkening is primary adrenal insufficiency (P.A.I.). The adrenals are triangular-shaped glands located on top of the kidneys. The tiny organs get their instructions from a natural chemical, ACTH (adrenocorticotropin hormone), which is made in the pituitary gland in the brain. When ACTH is released into the circulation, the adrenals deliver their load of hormones, including adrenaline and cortisol, which help the body respond to biological stresses like illness, hunger or fatigue. Another adrenal hormone, aldosterone, controls sodium levels, and through that, blood pressure. High levels of ACTH also stimulate melanocytes, the cells that make skin pigments.

In P.A.I., the gland and its machinery to make hormones are destroyed — usually by a misdirected immune system. Certain infections, including H.I.V., as well as tuberculosis and cancer can also destroy the glands. The most common symptoms of this rare disease are nausea, weakness and dangerously low blood pressure.

Bock hadn’t seen a case of either disease. But both can kill if not diagnosed and treated. “This is a long shot,” he told the patient, but worth investigating.

A few days later, the first batch of labs were back. These measured ACTH, the hormone that controls the adrenal glands. Normally just a whisper of ACTH is enough to get the adrenal glands working. But the woman’s test showed that the hormone was practically shouting — and was still not being heard. Her ACTH level — which is typically lower than 50 — was nearly 2,000. And even at that level, the expected adrenal-response hormone, cortisol, was barely detectable. She had primary adrenal insufficiency. The disorder, formerly known as Addison’s disease, was first described in 1855 by Thomas Addison, an English physician. Recently the medical community has moved away from eponyms, which reference the discovering doctor, to names that describe the disorders themselves.

Bock suspected that the abnormally high level of ACTH was responsible for the tan skin. The nausea, fatigue and salt cravings were all a result of the lack of adrenal hormones, which in turn caused the elevated ACTH. He put in a referral to an endocrinologist. Later that day, the patient got a call from this new doctor asking her to come to his office right away. The test results suggested that she was in an incredibly fragile state.

She was started on two medications: hydrocortisone, to replace the cortisol, and Florinef, to replace the aldosterone. Forty-eight hours after starting the medications, the patient began to feel like her old self. It has been a long road back. After 18 months, she tells me, she’s still not quite there. But she’s back to her usual yoga practice, and her saltshaker is in the back of her spice cabinet, where it belongs.