Senator Ted Cruz, Republican of Texas, appeared to have fallen asleep during segments of President Biden’s congressional address on Wednesday.

“I can relate to Ted Cruz,” Stephen Colbert said on Thursday night. “Now that Joe’s president, I find it much easier to sleep, too.”

“Ted Cruz was so bored at that speech that he fell asleep. And I know what you are thinking right now. You think I’m going to say something like ‘Oh, that’s weird, I thought lizards slept with their eyes open.’ But I’m not going to say that, because honestly, that was the most relatable thing that Ted Cruz has ever done.” — TREVOR NOAH

“Now, to be fair, he had a full day of flipping off babies at the park.” — JAMES CORDEN

“Because that speech was boring, and when you consider that almost none of Biden’s goals are going to get past Congress, we basically just listened to an old man talk for an hour about his dreams.” — TREVOR NOAH

“President Biden called on Congress last night to create a new agency to develop breakthrough treatments for diseases such as Alzheimer’s and cancer, and who knows, maybe even narcolepsy.” — SETH MEYERS

The Punchiest Punchlines (100 Days Down Edition)

“Today marks the end of President Joe Biden’s first 100 days in office, which is the period where every president tries to get their big things done. You know, F.D.R. introduced the New Deal, Ronald Reagan rolled back the welfare state, and Bill Clinton installed that stripper pole in the situation room.” — TREVOR NOAH

“And to celebrate the occasion, last night Joe Biden delivered his first address to Congress. Yes, for hundreds of years Joe Biden has sat and watched other presidents give speeches to Congress, but now it was his turn.” — TREVOR NOAH

“Joe Biden’s got that new job enthusiasm, which always fades over time. You know, and right now he’s like ‘I’m changing everything.’ And like a year or so from now, his top priority — top priority — is going to be angling his computer monitor so that no one can see he’s watching ‘Outlander.'” — TREVOR NOAH

“And get this: 85 percent of people who watched Biden’s speech approved of it. That’s amazing. The only other things Americans like that much are Dolly Parton and cheese fries.” — JIMMY FALLON

“In Trump’s first 100 days he accomplished a lot, too. He tweeted that Snoop Dogg’s career was failing, that Nordstrom was mean to Ivanka, and that he was a better host of ‘The Apprentice’ than Arnold Schwarzenegger.” — JIMMY KIMMEL 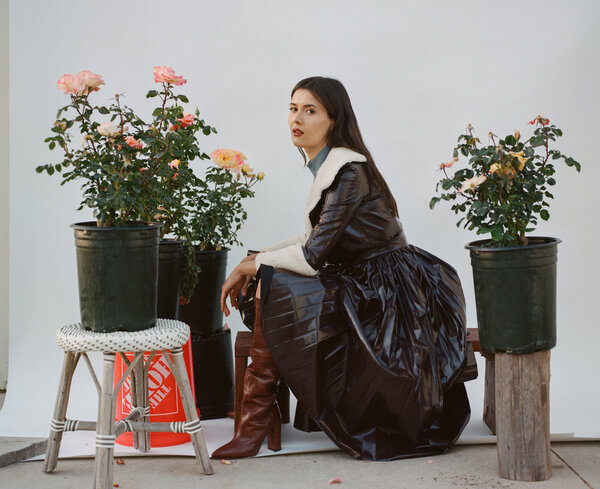 Often playing a scene-stealing side character, Patti Harrison finally gets a starring role in “Together Together.”