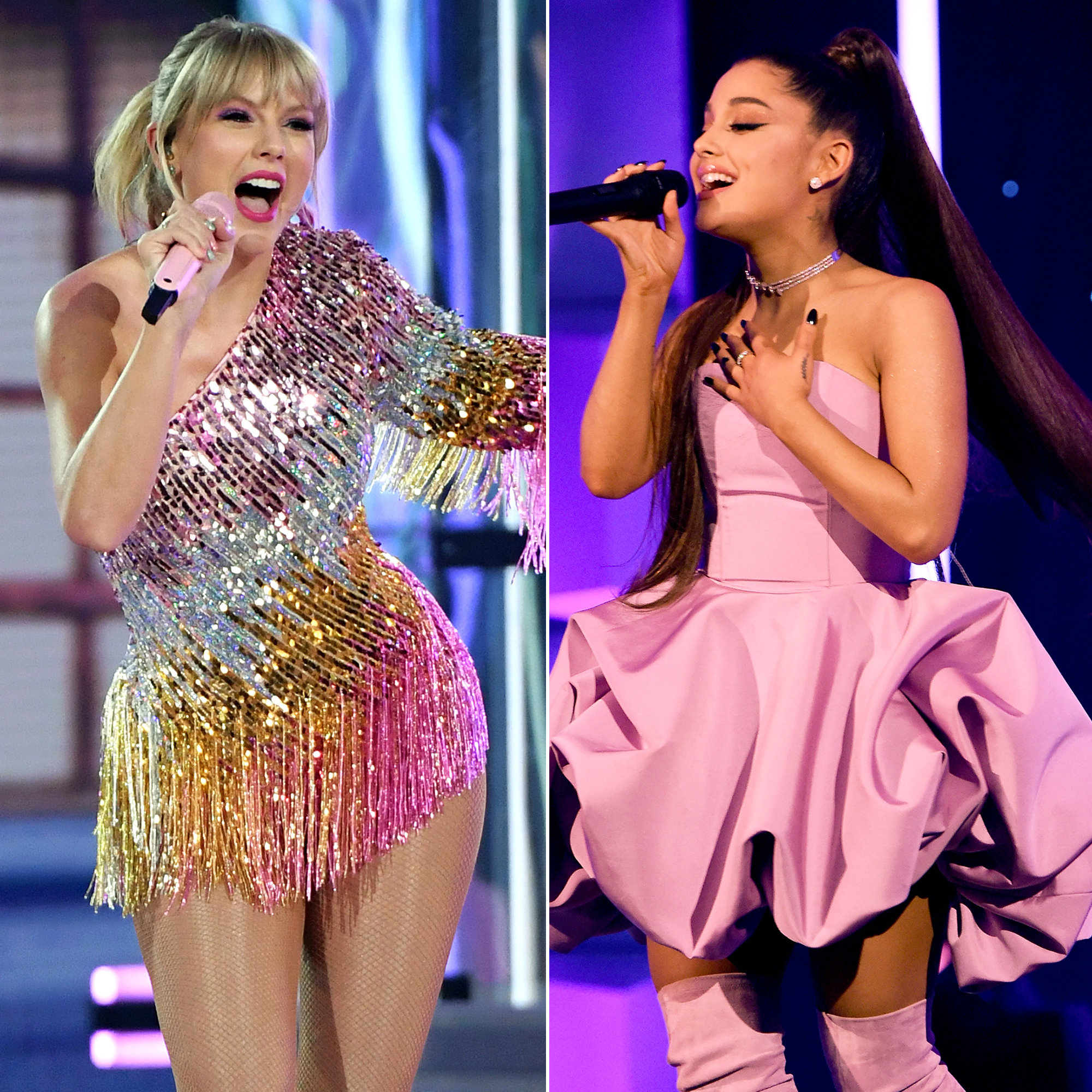 The power of an emoji. Taylor Swift fans are convinced that Ariana Grande just dropped a hint that the two women will be working together in the future.

After the 26-year-old “God Is a Woman” songstress captioned an Instagram photo of herself with a bow and arrow emoji on Friday, July 26, Swift fans quickly called the post a reference to the 29-year-old’s new song, “The Archer.”

“If you’re having collab with Tay on her Lover album, please like this comment. Thank you 💕🏹,” one fan wrote.

A second user suggested that a remix of “The Archer” might be in the works.

“So you’re ‘The Archer’!✨” a third person commented.

Other fans predicted that Grande was filming a new music video, possibly for the theme song for the Charlie’s Angels remake, which she recorded with Miley Cyrus and Lana Del Rey.

If Swift and Grande do indeed collaborate, it may come as a surprise to some fans after the “You Need to Calm Down” singer’s feud with the Nickelodeon alum’s manager, Scooter Braun, made headlines last month.

The drama started after Braun’s $300 million purchase of Big Machine Records gave him the right to the majority of Swift’s music catalog masters.

“All I could think about was the incessant, manipulative bullying I’ve received at his hands for years,” Swift wrote about Braun after news of the sale broke on June 30. “Scooter has stripped me of my life’s work, that I wasn’t given an opportunity to buy. Essentially, my musical legacy is about to lie in the hands of someone who tried to dismantle it. This is my worst case scenario.”

While label founder Scott Borchetta claimed Swift had the opportunity to buy her own masters in the past, the Cats star’s attorney backed up her claims in a statement to Us Weekly at the time: “Scott Borchetta never gave Taylor Swift an opportunity to purchase her masters, or the label, outright with a check in the way he is now apparently doing for others.”