Prepare yourself for a Scooter Braun-themed version of “Mean” when Taylor Swift rerecords her old music, because the battle over the ownership of her masters rages on.

On Monday, Variety reported that Braun had sold the rights of the singer’s early catalogue to an unnamed private equity company for more than $300 million. The sale came more than a year after Braun’s Ithaca Holdings acquired the Nashville-based Big Machine Label Group, including the rights to Swift’s first six albums.

At the time, Swift described the music manager taking control of her masters as the “worst-case scenario” in a scathing open letter that accused him of “incessant, manipulative bullying” throughout her career. The fallout created deep divides in the music community, with recording artists like Kelly Clarkson and Halsey defending Swift, while others backed Braun, including Demi Lovato.

In a lengthy note posted to Twitter on Monday after news of the most recent sale broke, Swift said she hoped to “clear things up” about the headline-making deal.

Before the sale, the Grammy winner explained that she’d entered into negotiations with Braun to “actively regain ownership of my master recordings,” but things quickly fell apart.

“Scooter’s team wanted me to sign an ironclad NDA stating I would never say another word about Scooter Braun unless it was positive, before we could even look at the financial records of BMLG (which is always the first step in a purchase of this nature),” Swift said. “So, I would have to sign a document that would silence me forever before I could even have a chance to bid on my own work.”

She went onto add that her legal team had “never seen an NDA like this presented unless it was to silence an assault accuser by paying them off.”

“He would never even quote my team a price. These master recordings were not for sale to me,” she concluded.

Swift said that she was later only notified of Braun’s sale of her catalogue — which she revealed was to Shamrock Holdings — after the deal was already completed.

Despite her initial relief that Braun would no longer be involved in her career, during discussions with Shamrock, Swift said it became evident that, under the terms of the sale, he would continue to “profit off my old musical catalog for many years.”

“I was hopeful and open to the possibility of a partnership with Shamrock, but Scooter’s participation is a non-starter for me,” she added. 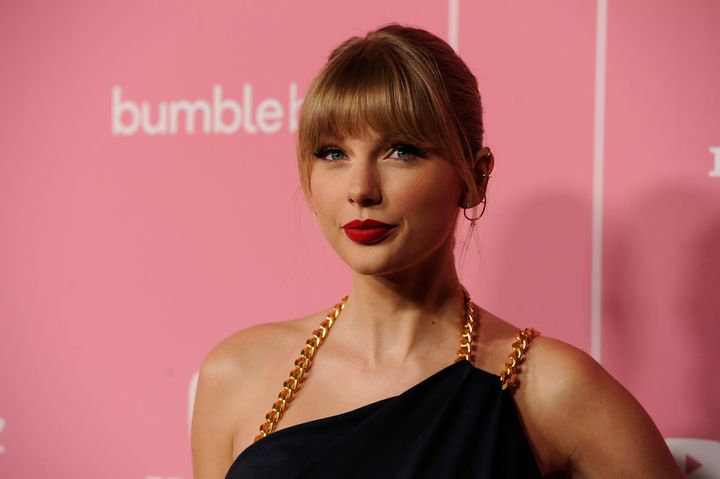 Alongside her note, Swift also posted a letter she wrote to Shamrock representatives, dated Oct. 28, in which she said she expressed her enthusiasm about the “idea of working with people who value art and understand how much my life’s work means to me.” But she drew the line at lining Braun’s pockets, adding, “If I support you, as you request, I will be contributing to these future payments to Scooter Braun and Ithaca Holdings. I simply cannot in good conscience bring myself to be involved in benefitting Scooter Braun’s interests directly or indirectly.”

In a statement to Variety, Shamrock said: “Taylor Swift is a transcendent artist with a timeless catalog. We made this investment because we believe in the immense value and opportunity that comes with her work. We fully respect and support her decision and, while we hoped to formally partner, we also knew this was a possible outcome that we considered. We appreciate Taylor’s open communication and professionalism with us these last few weeks. We hope to partner with her in new ways moving forward and remain committed to investing with artists in their work.”

Regardless of the ongoing scuffle with Braun, Swift said she intends to stick to her plan to rerecord songs from her first six albums, teasing that fans can expect to hear more from her soon.

Whatever Swift records now, she will own outright: Under her current deal with Republic Records and Universal Music Group, the singer is in complete control of her own work, including her two most recent albums, “Lover” and “Folklore.”

“I have recently begun re-recording my older music and it has already proven to be both exciting and creatively fulfilling,” she wrote. “I have plenty of surprises in store. I want to thank you guys for supporting me through this ongoing saga, and I can’t wait for you to hear what I’ve been dreaming up.”

Emotional contagion: What you need to know about catching feelings online
We and our partners use cookies on this site to improve our service, perform analytics, personalize advertising, measure advertising performance, and remember website preferences.Ok