“I’m still in recovery from the president of the United States not condemning white supremacy,” Ethan Hawke said the morning after the first Biden-Trump debate. “That’s an easy thing to condemn.”

For Hawke, disavowing white supremacy was not just a matter of responsible leadership or simply the right thing any American citizen should do. It was the defining ideology of John Brown, the white abolitionist the actor is currently playing in Showtime’s “The Good Lord Bird.” Hawke said Brown was the most challenging, rewarding and politically urgent character he had played in his 35-year acting career.

“It’s like getting to be King Lear, but even better,” he said in a recent phone interview. “It’s playing a King Lear that hasn’t really been played.”

Hawke also created, with Mark Richard, the seven-part mini-series, which is based on the 2013 National Book Award novel of the same name by the Black writer James McBride.

Part satire, part historical fiction, both versions are told from the point-of-view of the fictional character Henry Shackleford, who introduces himself after telling us that Brown rescued him from slavery as a boy. Mistaking him for an adolescent girl, Brown calls him Henrietta or, more often, by the nickname Onion, and they travel together throughout the United States and Canada on Brown’s antislavery crusade, culminating in a raid on a military arsenal in Harpers Ferry, Va. (now part of West Virginia) on Oct. 16, 1859.

For McBride, the story of John Brown shaped his childhood. “I remember my older brothers talking about John Brown trying to start some kind of provisional government,” McBride said. His church still sang “John Brown’s Body,” a 19th century marching song popularized by Black Union regiments during the Civil War and sung in Emancipation Day festivities and later adapted by professional choral groups of the era, like the Fisk Jubilee Singers. (The author ultimately felt comfortable with two white men adapting his book partly because “Mark was a Southerner, and he really understood Southern things,” he told The New York Times Magazine. “He understands the familiarity between whites and Blacks in the South.”)

Hawke, on the other hand, spent his early years in Texas “hearing he was a nut,” he said of Brown.

It’s a common divergence. These differences in a collective memory, in which John Brown appears either as a martyr who willingly sacrificed himself and his family to end slavery or as a madman who violently murdered his fellow white Americans, have traditionally been divided along racial lines.

Like McBride, I was raised to believe Brown was not just a hero but an exception: a rare white abolitionist who not only believed that African-Americans should not be enslaved but also that they were his equal.

This is the version of Brown that has been depicted by some of America’s most acclaimed Black artists, like W.E.B. DuBois in a 1909 biography and the painter Jacob Lawrence in “The Legend of John Brown,” his series of 22 screen prints from 1941. One of the most urgent such artistic works appeared in 1931, when the writer Langston Hughes published “October the Sixteenth,” a solemn poem that both recounted Brown’s foiled attack and also urged his fellow African-Americans, now “many years free” and multiple generations out of slavery, “to recall John Brown.” 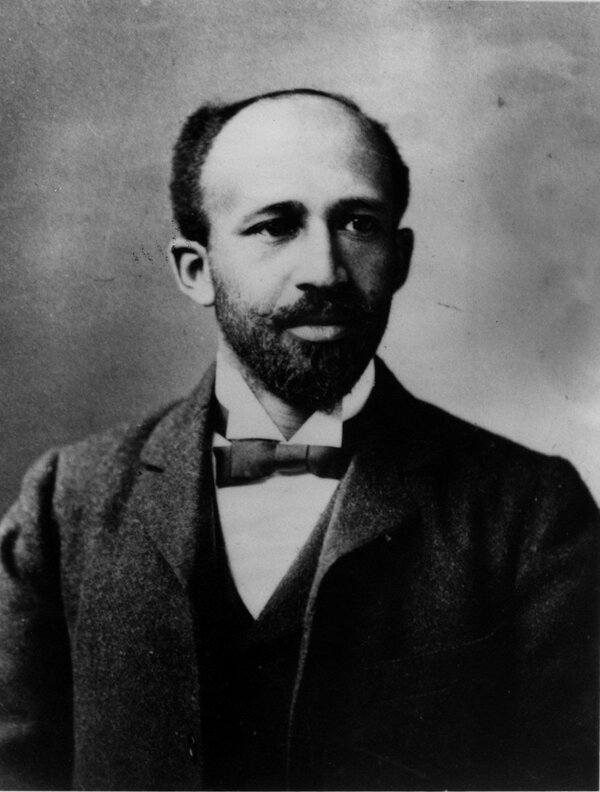 A few years later, Hollywood began cementing Brown’s image as an uncontrollable maniac. In the 1940 film “Santa Fe Trail,” based on the biography of the Confederate officer J.E.B Stuart, the actor Raymond Massey played Brown as wild-eyed, irrational and impulsive. In his essay “Black People’s Ally, White People’s Bogeyman,” the historian Louis A. DeCaro Jr. noted that upon the movie’s release, one of Brown’s grandchildren unsuccessfully tried to sue Warner Brothers for “vilifying misrepresentation.”

Strangely, 15 years later, Massey played Brown again, a bit softened and only slightly more sympathetic, in the movie, “Seven Angry Men.” In the 1971 comedy western “Skin Game,” a chest-length-beard-wearing John Brown appears so crazed that any gains to be made when he disrupts a live slave auction are undermined by the ensuing chaos that he produces in the town.

Hawke prepared for his role by reading the letters Brown wrote from jail in the week before his execution. “They’re not the scratches of a lunatic,” Hawke said. “They’re the writings of a person with a cause, somebody who has something to die for, and somebody who’s not confused that we’re all made from the same creator.”

In order to externalize Brown’s own emotional reality and character growth, Hawke focused on the beard, which Brown originally grew as a disguise but which artists often portray as his defining feature.

“I got obsessed with the beard because I knew that iconography of that Noah-esque beard,” Hawke said. “So I came up with this idea that I’d start being clean shaven and then just grow the beard throughout. I hope to show he’s becoming John Brown, and that he’s not finished when we meet him.”

Hawke’s own fascination with John Brown began in 2015 while shooting on set in Louisiana for Antoine Fuqua’s “Magnificent Seven.” While there, a cameraman suggested that Hawke read “The Good Lord Bird” and that he should one day consider playing Brown. After reading it, Hawke became an evangelist for the novel.

“I shared that book with everybody,” he said. “It is so painful to talk about our past in this country that we just don’t like doing it — we want to move on.”

“But I thought that McBride pulled off a magic trick, which is that he told the story about slavery,” Hawke continued, “with so much love, and so much wit, so much silliness, human stupidity and human folly.”

Part of what makes the story compelling is also McBride’s irreverent depiction of icons like the abolitionist Frederick Douglass, played in the series by Daveed Diggs (“Hamilton”). The renowned orator, who in real-life posed for at least 160 images and was perhaps the most photographed American of his time, is presented as an image obsessed Black Dandy who lives with both his Black wife, Anna, and his white mistress, Helen. Not since Jewell Parker Rhodes’s 2002 novel, “Douglass’ Women” has the messiness of Douglass’s domestic life been so cheekily depicted.

“We had fun with the Frederick Douglass character,” McBride said. “We don’t mean any disrespect to him and to the many thousands of historians who revere him and then the millions of people who revere his memory. But his life was rife for caricature.”

“He is considered almost godlike in terms of what he has done for the African-American and American community,” McBride continued. “But what about the man who gave his life and whose one act changed the course of American history? If Harpers Ferry hadn’t happened, there’s a good argument to be made that the Civil War would have been pushed back 10 or 15 or 20 years.”

Brown’s raid, of course, did not end up being the slave-rebellion-igniting spark that he envisioned. After briefly taking the armory, he and his 21 men were overwhelmed and 10 of them, Black and white, were killed. (Sixteen people were killed in all.) Two of Brown’s sons were among the dead, and the man himself was arrested, tried and publicly hanged. In “The Good Lord Bird,” Henry is able to reveal his true self as well as express his eternal debt to Brown, right before the old man’s execution.

Today, an unassuming stone obelisk stands at the site of Brown’s raid at Harpers Ferry to commemorate the stand he took. But, instead of offering an image of Brown, its facade is blank, making it possible for people to project onto it their own interpretation of him and the different hopes and fears he represents for different people and races. But the lack of imagery also makes it far easier for us to forget Brown the actual man — and to a certain degree, the myth.

Hawke challenged himself to erect a different monument to Brown’s life. Not one that is stoic or static, but rather a moving image that aimed to present Brown as unbridled in his pursuit of justice for all.

In his 2005 edited collection of essays “The Afterlife of John Brown,” Eldrid Herrington, a professor of English, wrote, “John Brown’s body revives whenever the United States shames itself, when the body politic bears wounds, when it imprisons citizens without trial, or prosecutes an unjust war in an unjust manner.” In other words, John Brown reappears at peak moments of peril as a warning, and to help us find a way through it.

Originally, Showtime planned to debut “The Good Lord Bird” in February but ended up pushing it back first to August, and then October, without specifying why.

I suspect it did not premiere in August out of concern for how its depiction of violent dissent would land during a time of social unrest. But given that this past summer witnessed more white Americans participating in racial justice protests than ever before in American history, its arrival now makes it an even more urgent, more inspiring — and as Hawke hopes, more indispensable — model of interracial activism and antiracist organizing.

“He wasn’t liberating Black America,” Hawke said. “He was a Christian, and he did not see Black America as living in sin — white America was.”