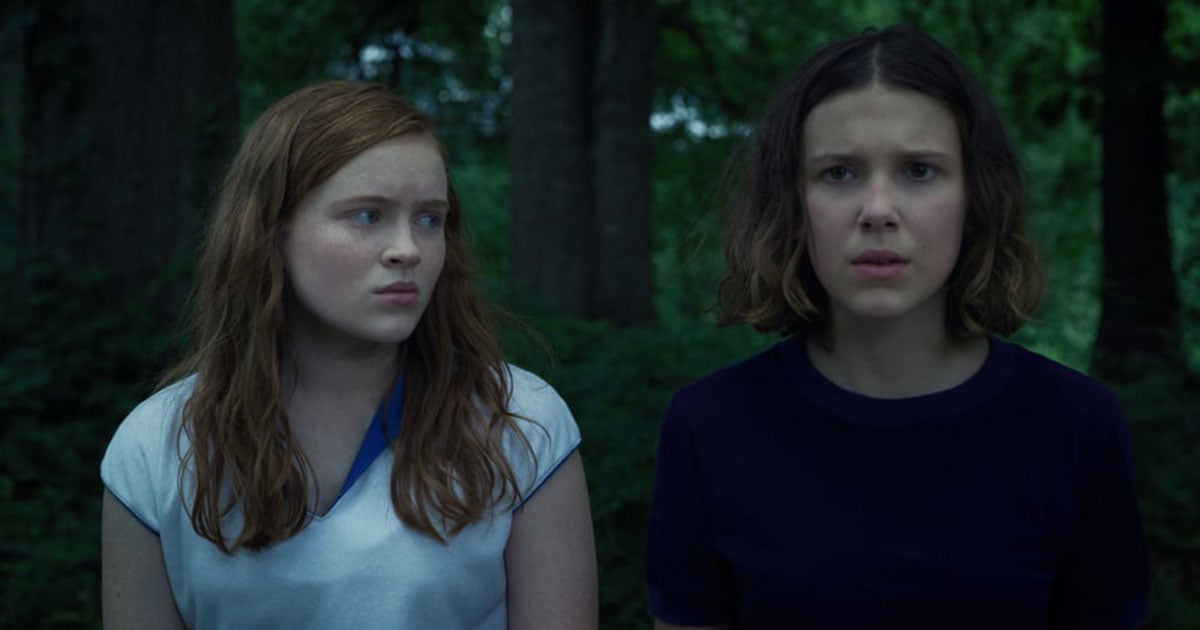 Stranger Things takes eight wild, emotional, and gory episodes to wrap up its new mystery involving Billy and the Mind Flayer, and the conclusion is devastating. Though the group is able to defeat the monster yet again and seemingly close the gate to the Upside Down for good, Joyce decides that enough is enough — she’s moving her kids (and Eleven) to a new town for a fresh start.

There’s a heartbreaking packing montage at the end of the episode that not only sees Eleven boxing up her things but also finding a letter from her late father, Hopper, that he never had the chance to give her. We then get to hear him reading the letter aloud in a flashback as a gorgeous song plays softly in the background. So, what’s the tune that the Duffer Brothers chose to close out the Stranger Things season three finale, “The Battle of Starcourt”? Peter Gabriel’s cover of “Heroes.”

The song appeared on the musician’s 2010 album Scratch My Back, but he’s far from the first person to cover the David Bowie classic (it was released in 1977 and has since become one of his most covered songs, next to “Rebel, Rebel”). Oasis has recorded a version of the song as have The Wallflowers (whose rendition is heard in 1998’s Godzilla). “Heroes” can also be heard in the 2001 musical Moulin Rouge! (as a duet by Ewan McGregor and Nicole Kidman) and in the season finale of American Horror Story: Freak Show (sung by Jessica Lange).

It’s a gorgeous song and a very fitting choice to play as we hear Hopper speak for the final time. (At least for now, if that postcredits scene is any indication of his not-so-fatal fate.) Grab some tissues, and press play on Gabriel’s cover for yourself, ahead.