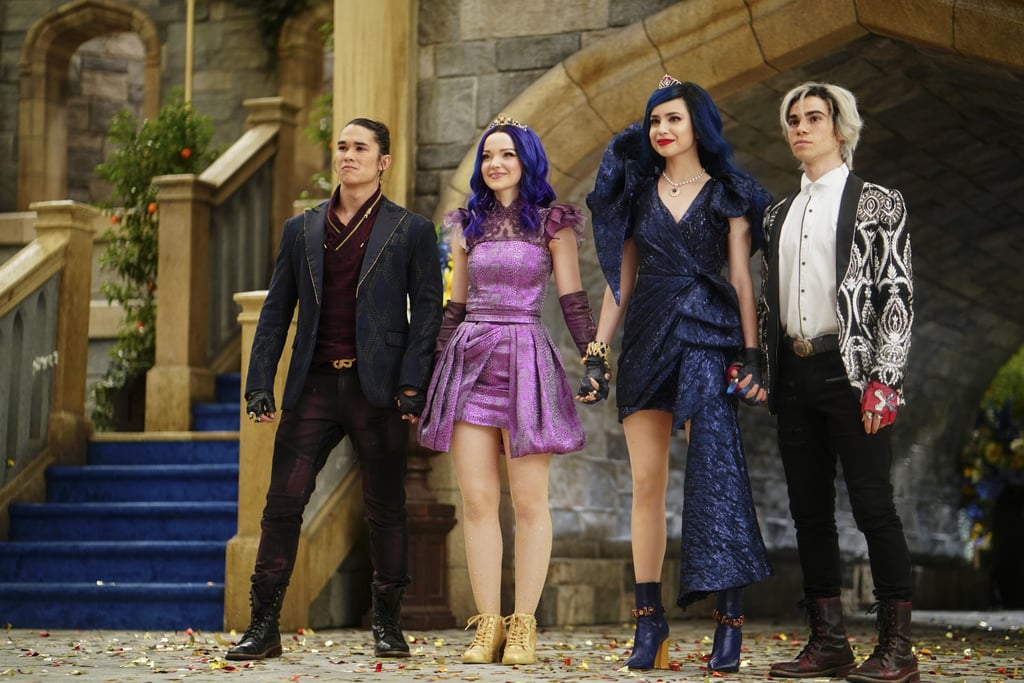 The People Have Spoken: Descendants 3 Is the Perfect Ending to Disney’s Fairy Tale Trilogy

It’s been a long road to the premiere of the Disney Channel Original movie Descendants 3, and judging by the reaction from the fans, the network has another hit on their hands. The third installment of the musical franchise picks up on VK Day as our favorite villain kids — Mal, Evie, Carlos, and Jay — return to the Isle of the Lost in an effort to bring another foursome back to Auradon. But a close encounter with her disgruntled father sends things into a tailspin as it moves Mal to suggest closing the barrier between Auradon and the Isle for good. A villainous turnabout by former lady of the court Audrey results in things taking a turn for the worse — and the VKs are forced to team up with their nemeses, Uma, Harry, and Gil, in order to save both their homes.

Not only does the film — directed and choreographed by Kenny Ortega — feature stellar performances filled with incredible choreography and sweet duets, but the catchy tunes perfectly encapsulate everything we love about the franchise. (Seriously, we’ll be singing “Queen of Mean” for days!) The film also held a message of bettering the world though unity and celebrating differences, a theme that is pointedly relevant nowadays.

What makes this ending particularly impactful is the death of actor Cameron Boyce, who died from an epileptic seizure at age 20 on July 6. After the film premiere, Disney released a moving montage documenting the young actor’s past roles. The film’s cast said their farewells to their friend and the franchise, and fans paid their tributes to Boyce’s legacy during the show’s airing. Keep reading for their heartfelt testimonials and be sure to keep a tissue nearby — you may get a bit emotional.