It was only about 10 years ago that TV characters couldn’t even say “damn” on-screen, let alone settle in for a graphic romp in the sack. But we’ve come a long way, baby, and TV shows are all about the sex. And while there’s a time and place for family-friendly content, it’s just as important to keep up to date on what you want to switch on after the kids have gone to sleep. So, because we all deserve it, we’ve done extensive search on the best sex scenes in TV — here are our findings. 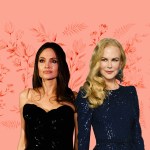 
These Stars Have Spent the Most Time Naked On Screen

We’re also finally at a place where homosexual sex is shown (almost) as freely as heterosexual sex, with shows like Orange Is The New Black and The L Word: Generation Q ushering in a new era of queer couples to lust after. It took way too long to get here, but we’re so here for the new, queer, bare-it-all era of sex on TV. It’s so important to have diverse representations of different sexual relationships and dynamics on TV. It’s also just hot.

To prove our point, we’ve rounded up 19 of the best shows that have had the most graphic sex scenes on TV. Consider it a streaming playlist.

A version of this article was originally published in July 2016.