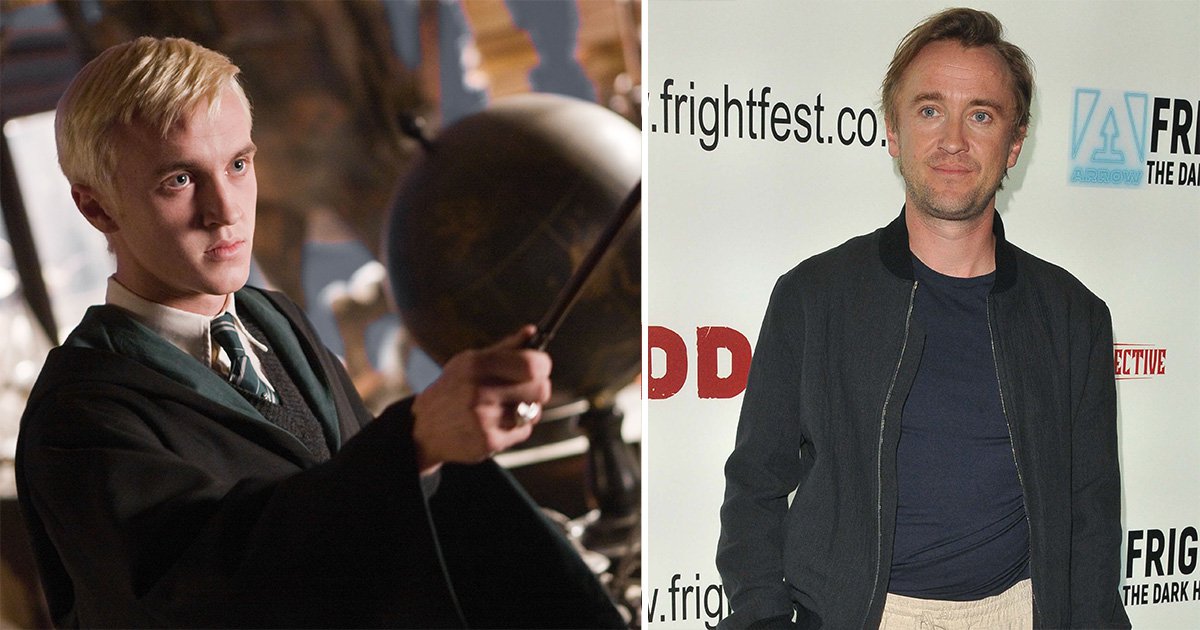 Now, it’s no secret that Harry Potter is a mega money franchise, but the amount Tom Felton was paid for his role in the films is truly eye-watering.

Tom, now 35, was just 13-years-old when he hit the big time by scoring the role of Draco Malfoy in the movie adaptations of JK Rowling’s bestselling books.

But despite fans (aka Potterheads) knowing him as one of the franchise’s most iconic characters, Tom actually only had 31 minutes and 45 seconds of screen time across the entire eight films.

And even though he was on the big screen for just over half an hour, the British actor still reportedly eared a whopping £14million – that will have bought him a wand or two!

Naturally, the likes of Daniel Radcliffe (titular star Harry), Emma Watson (Hermione Granger) and Rupert Grint (Ron Weasley) had more screen time as the leads, as broken down by IMDB.

The online database shows that Daniel had 539 minutes of screen time, Emma had 205 minutes, and Rupert had 211 minutes.

Tom’s total screen time was slightly less than Ralph Fiennes, who played terrifying villain Lord Voldermort for a total of 37 minutes and 15 seconds across all the films.

The star – who died on October 14 of this year – was on camera for 45 minutes and 45 seconds as the half human, half giant.

As far as salaries go, according to The Mirror, Tom reportedly made £451,613 per minute of screen time – not bad for a teenager, eh?

Although, according to the Express, the child star revealed to the Daily Mail in 2010 that he ran into financial trouble after he ‘wasted’ his cash.

Tom is said to have splashed out on luxury cars, mostly BMWs, despite his mother warning him that he would lose money on them.

‘There was a scary two years where it was madness because I was really in trouble with the taxman. I had been working for eight years and all I had to show for it was this horrible debt,’ he said.

‘At one point we had the bailiff at the door.’

Thankfully, Tom said he ‘managed to get out of the situation’ and is now back on his feet, but confessed it was a result of him ‘burying his head in the sand.’

‘I’ve spent the past year and a half with an accountant, trying to understand VAT, DVD residuals and things like that,’ he added at the time.

Oh, and we know you now wanna know how much the rest of the cast eared, so don’t say we never give you anything…

Rupert as Ron is said to have earned £37million (and actually bought an ice cream van with his millions), whereas Emma reportedly earned a very nice £62million.

However, she was, in true Hermione style, extremely sensible with her money.

She previously revealed that her father never told her how much she was earning from the films, and she lived on an allowance of £50 a week until she was 18.

‘When I was 18 my father sat me down for a money conversation,’ she explained.

‘By the fourth film the money was starting to get serious. I had no idea. I felt sick, very emotional.’

As for Daniel, he reportedly earned £84million as the leading man… yes, we’re now begging for someone to invent a time machine so we can go back and become child actors too.

But, like Emma, he hasn’t always been a big spender.

‘I don’t do a huge amount with my money,’ he told James O’Brien’s podcast Full Disclosure.

‘I’m not particularly extravagant. There are moments where I think, “Man, I’m really bad at being famous”.’

Don’t worry, Dan, we could always help you out…