Because Trump uses his Twitter account for official purposes and creates a “public forum,” he can’t exclude people based on their views, the 2nd Circuit ruled. 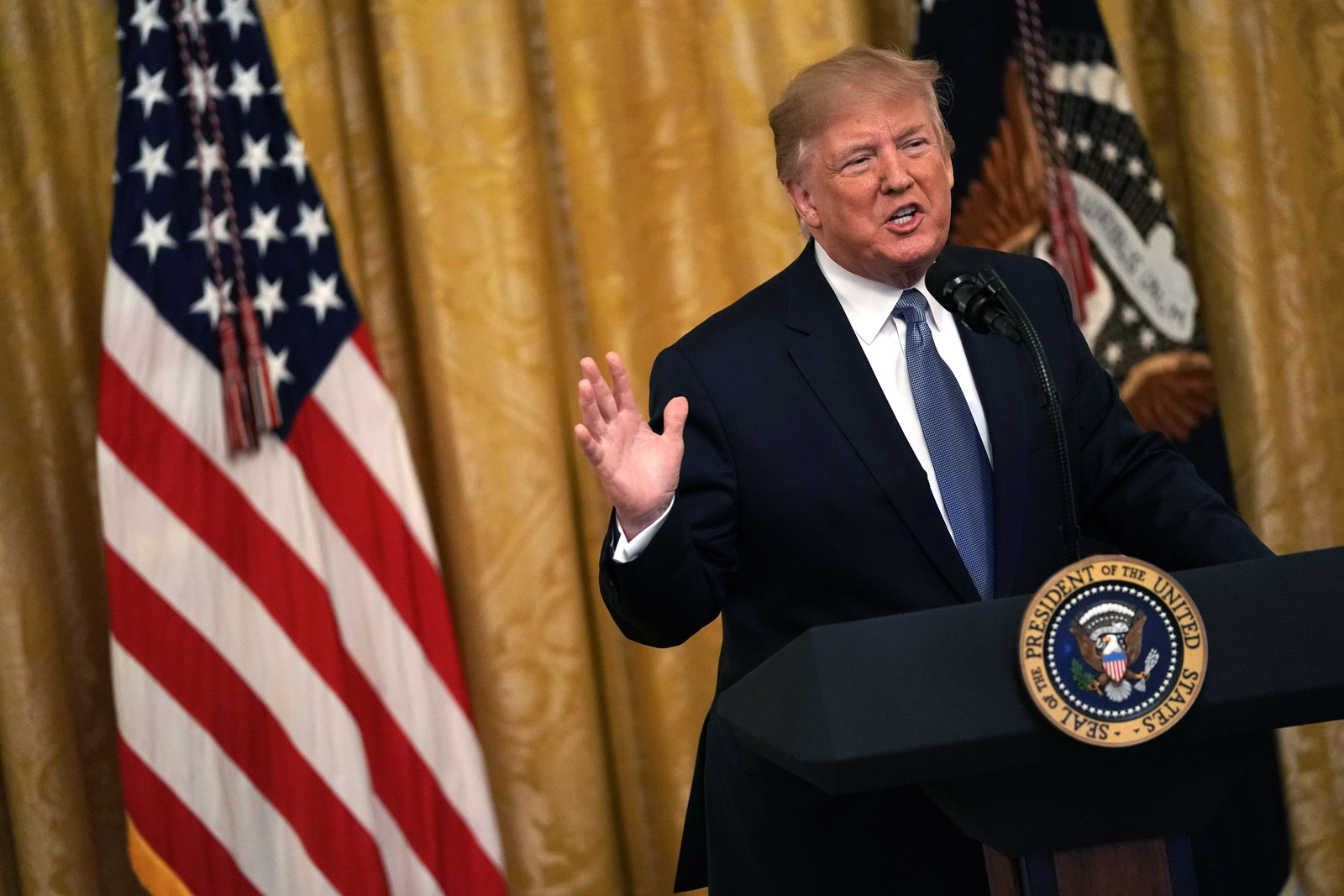 WASHINGTON — President Donald Trump cannot block his critics on Twitter just because he disagrees with them, a federal appeals court ruled Tuesday.

Trump touts his social media fluency as a way to communicate directly with his supporters and the public, but the US Court of Appeals for the 2nd Circuit wrote that it cuts both ways — as long as he’s using his account for official purposes and creating a “public forum,” the First Amendment applies.

The three-judge panel stressed that they weren’t deciding what should happen if a politician had a purely private account, or whether Twitter and other social media companies are bound by the First Amendment. But the court found that Trump engaged in unconstitutional “viewpoint discrimination” when he blocked certain users’ access to his otherwise public account based on their views.

“The First Amendment does not permit a public official who utilizes a social media account for all manner of official purposes to exclude persons from an otherwise-open online dialogue because they expressed views with which the official disagrees,” the court held.

Early on in his administration, the White House said that Trump’s tweets should be considered official statements from the president. He’s used his tweets to announce new policies and hirings and firings in his administration, and to opine on political events of the day. As the 2nd Circuit noted, the National Archives even concluded the president’s tweets were official records that had to be preserved under federal law.

Trump’s tweets have played a central role in legal fights over his administration’s policies — and sometimes caused problems for the Justice Department when they’ve conflicted with the administration’s position in court. Judges have cited the president’s tweets in litigation over the administration’s travel ban executive orders, ban on transgender military service, and decision to end the Deferred Action for Childhood Arrivals program.

Most recently, a Trump tweet contradicted what the Justice Department represented about the status of the fight over the administration’s effort to put a citizenship question on the 2020 Census. A DOJ lawyer last week told a federal judge that the census form would be printed without the question, and then a day later, Trump tweeted that was wrong, creating confusion. The judge saw the tweet, and immediately called a hearing. Since then, the administration has backtracked and reopened the question of whether they’ll try to add the question.

The 2nd Circuit’s decision represents the latest test of how the law should apply to the president’s prolific tweeting habits. The government admitted Trump blocked the individual Twitter users who filed the lawsuit after they replied to the president’s tweets with criticism.

Being blocked meant those users couldn’t engage with Trump’s tweets. A lower court judge concluded that Trump and the White House aides who also managed his Twitter activity had created a public forum for speech, which meant the First Amendment’s free speech protections kicked in.

2nd Circuit Judge Barrington Parker, writing for the court, rejected the Justice Department’s argument that Trump’s account remained a platform for his private speech even after he became president. The evidence was “overwhelming” that Trump had “consistently used the Account as an important tool of governance and executive outreach,” the judge wrote.

Trump’s account itself was a public forum, separate from the issue of whether Twitter as a whole is a public forum, Parker wrote, noting that Trump left his account public and enabled anyone to engage with it. In blocking users, he wasn’t just limiting their ability to see and reply to his tweets, but also to take part in the broader conversation through replies from other users, too, the court found.

Parker ended the opinion with what he called a reminder to both the parties in the case and the public: “If the First Amendment means anything, it means that the best response to disfavored speech on matters of public concern is more speech, not less.”

“The irony in all of this is that we write at a time in the history of this nation when the conduct of our government and its officials is subject to wide‐open, robust debate. This debate encompasses an extraordinarily broad range of ideas and viewpoints and generates a level of passion and intensity the likes of which have rarely been seen,” Parker wrote. “This debate, as uncomfortable and as unpleasant as it frequently may be, is nonetheless a good thing.”

Jameel Jaffer, executive director fo the Knight First Amendment Institute, which spearheaded the case, said in a statement that the ruling was significant because elected officials’ social media accounts had become “significant forums for discussion of government policy.”

“This decision will ensure that people aren’t excluded from these forums simply because of their viewpoints, and that public officials aren’t insulated from their constituents’ criticism,” Jaffer said. The decision will help ensure the integrity and vitality of digital spaces that are increasingly important to our democracy.”

A Justice Department spokesperson did not immediately return a request for comment.