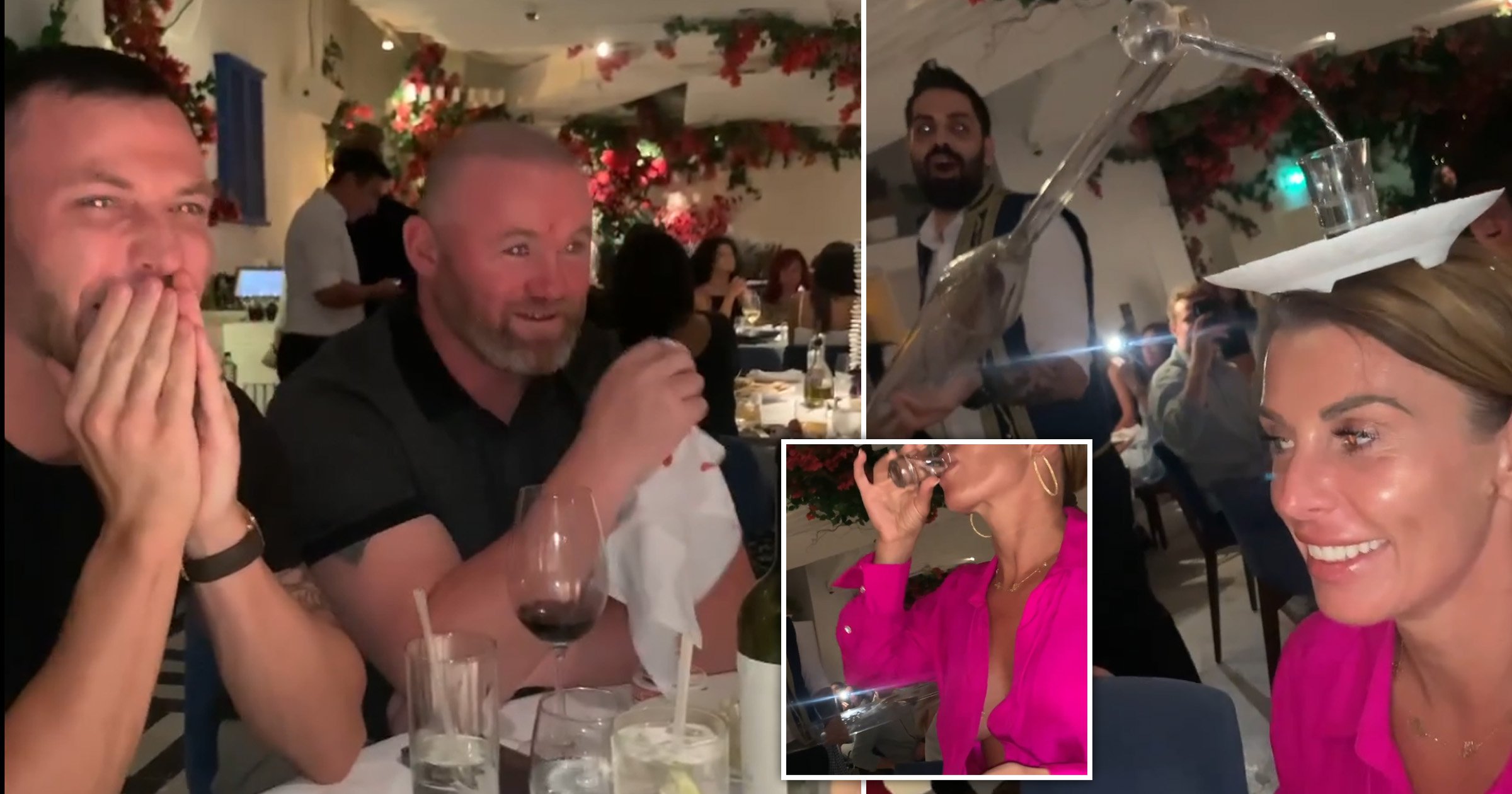 Wayne and Coleen Rooney have enjoyed one of the most chaotic nights out in history as the pair had a brilliant time with friends in Dubai.

The couple, who are on holiday with their four sons, were seen enjoying a boozy night out with their family and friends including Tanya and Phil Bardsley.

In videos captured by Tanya, Wayne, 37, can be seen dancing in a line in Greek restaurant Opa, which is known for encouraging guests to smash plates.

However, the fun pastime can prove a bit dangerous too, as the next clip Tanya shared showed Wayne mopping his forehead as blood poured out of a cut next to his eyebrow.

Zooming in on Wayne, who maintained a smile nonetheless, Tanya could be heard calling the incident the ‘funniest thing I’ve ever seen in my life’.

Coleen also got involved in the action as the mum-of-four was seen balancing a plate on her head as a waiter poured a shot into the glass resting on top of it with a long-necked bottle.

Once the waiter had filled it to the brim, Coleen gamely downed the shot, before smashing the plate to a chorus of spirited voices exclaiming ‘opa!’.

The raucous meal was capped off with the group standing on their chairs at the end and circling white napkins above their head as they enjoyed traditional Greek music.

Fans were loving seeing Wayne and Coleen let their hair down, commenting: ‘These videos have made my day!!!! I can not cope!’

Others added: ‘Fantastic night had by all, by the looks of it’ and ‘This is my kind of night, love it and love the rooneys too.’

The Rooneys’ holiday comes after the end of Coleen’s court case with Rebekah Vardy, which is set to get a West End adaptation.

Vardy v Rooney: The Wagatha Christie Trial has been adapted from a High Court transcript and will be based on the libel battle which gripped the nation since Coleen’s infamous ‘it’s… Rebekah Vardy’s account’ social media post in October 2019.