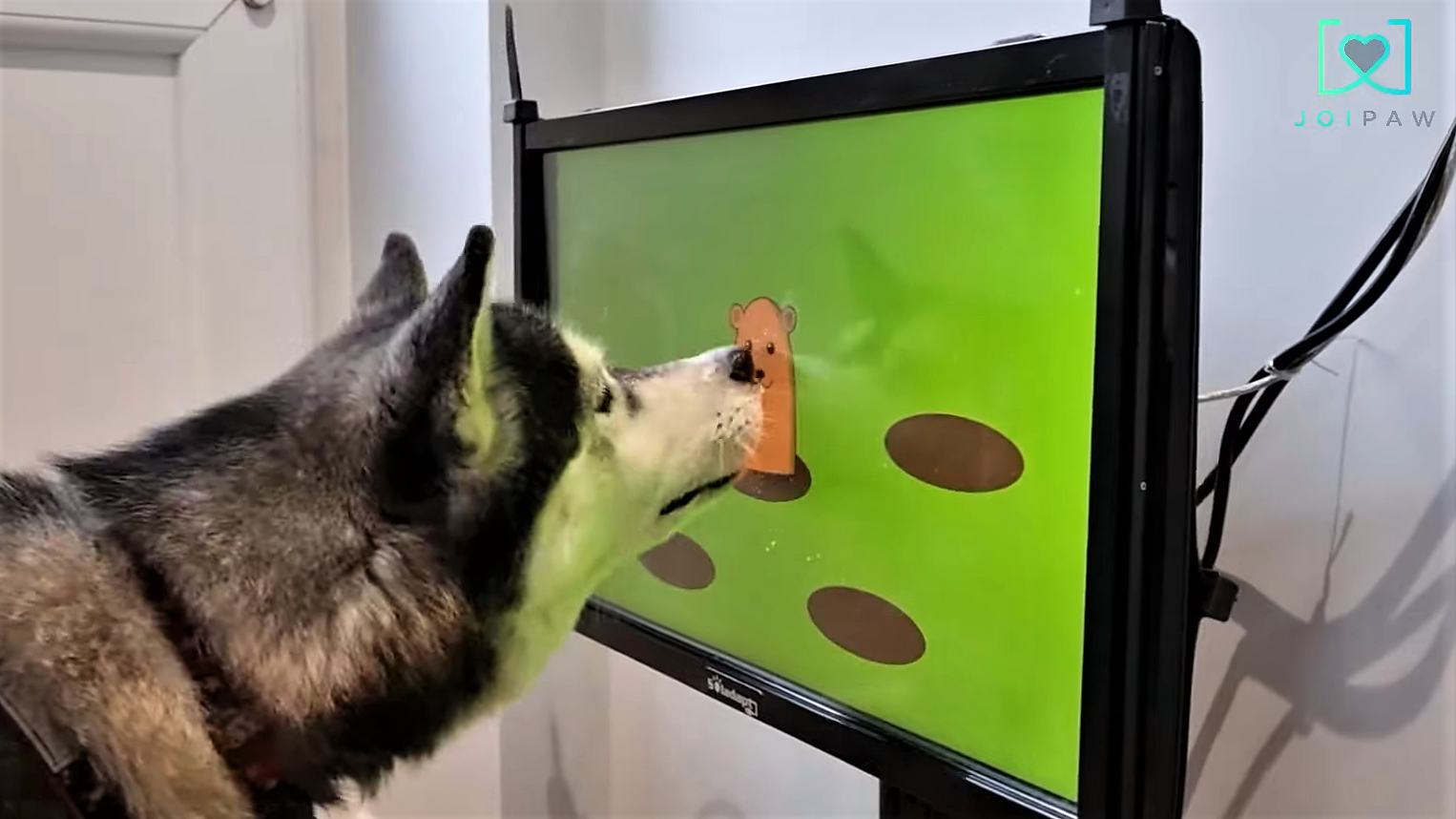 Your pup might be able to join in on your gaming sessions soon, after a company invented a video game to stimulate dogs’ minds.

While video games can lead to healthy brain stimulation and relieve stress in humans, their effects on animals, and particularly dogs, haven’t been studied as much, if not at all.

The image of dogs playing video games sounds like something out of a science fiction film, but it’s much closer to reality than you’d already think.

Even though your doggo won’t be jumping into Modern Warfare 2 any time soon, you might consider letting it play with an interactive whac-a-mole-style game, that’ll also inform you of the dog’s state of mind.

UK startup Joipaw is building a series of video games for our four-legged friends, with the goal of helping further research into dementia among dogs.

So far, the company has made an Apple Health-style tracker that can measure your dog’s health, including the number of steps they’ve taken and their time spent resting, playing, and walking.

The data is particularly useful if you worry about leaving your dog alone at home, for example, when you’re off to work, but it can also give you updates about your pet’s state of mind.

The tracker, which can be clipped onto your dog’s collar, can also spot early signs of problems in cognitive health, if it’s worn while they play a series of games on a special console.

The company has only revealed the whac-a-mole-style game so far, although the console will feature more than just that, to better estimate the health of your dog’s mind.

Some of the health problems that the data can point to include signs of joint issues or dog dementia, which pet owners could have a hard time spotting quickly.

If you get notified that something’s not right with your dog’s health, you’ll also be able to present a report to your vet, to improve diagnostics and treatment, according to Joipaw.

The idea for this product was coined after one of Joipaw’s co-founders, Dersim Avdar and his wife adopted a rescue dog in Hong Kong and were looking for a solution to keep him busy while they were away, according to MyLondon.

As they both grew up as gamers, the couple joked that they should buy their dog a video game to keep him occupied throughout the day, but they couldn’t find anything of the sort on the market.

Joipaw has since started testing with multiple dogs to get feedback on the current version of its products.

Once testing is complete and the console gets released, more features might be added, such as your dog being able to compete with your neighbour’s dog.

So, esports for dogs might not be as far-fetched as you’d think.