A BLACK LADY SKETCH SHOW 11 p.m. on HBO. This new show from the comedian Robin Thede hopes to make history by being able to say something many other shows of its ilk cannot: The cast, the director (Dime Davis) and the writers are all black women. With a handful of sketches each episode and a slew of celebrity guests (including Angela Bassett, Lena Waithe and David Alan Grier), the very funny first season introduces a fake ’60s soul group, a divorce party derailed by hallucinogenic mushrooms and a ’30s groupie who pursues the baseball star Satchel Paige. 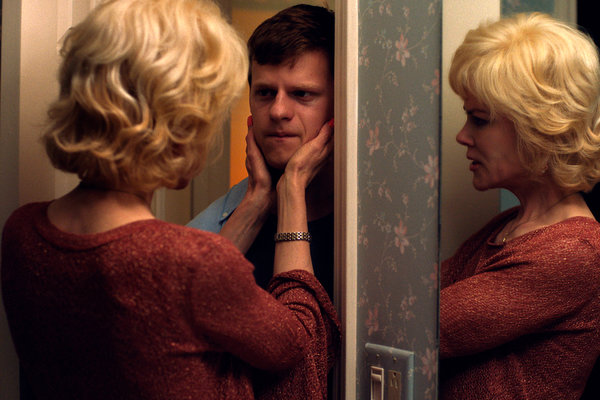 BOY ERASED (2018) 8 p.m. on HBO. In this drama, Lucas Hedges plays an Arkansas college student who is sent to a so-called conversion therapy program. Directed by Joel Edgerton and adapted from Garrard Conley’s memoir, the film follows Hedges’s character, Jared Eamons, as the program he’s dispatched to by his parents (played by Nicole Kidman and Russell Crowe) becomes progressively more abusive. That’s in part a product of the program’s leader, Mr. Sykes (Edgerton), a villain with some complicating nuances. “The mood of ‘Boy Erased’ is not of indictment but of kindness, a virtue that Jared has clearly learned from his mother and father, even if they differ as to its meaning,” A.O. Scott wrote in his review for The New York Times. “The film’s sensitivity, though it is an ethical strength, is also a dramatic limitation.” In his review, Scott also noted that, when it was released in October, “Boy Erased” was the second major film that year to tackle the subject of conversion therapy. The first, Desiree Akhavan’s THE MISEDUCATION OF CAMERON POST (2018), airs the same night at 6:25 p.m. on HBO2.

FAST TIMES AT RIDGEMONT HIGH (1982) 8 p.m. on BBC America. These days, Sean Penn might be better known for his recent serious roles, like his anguished astronaut in Hulu’s “The First,” or for hanging out with the drug lord El Chapo. But in the early 1980s, he was ordering a double cheese and sausage pizza in class as the slacker high-school surfer Jeff Spicoli. Directed by Amy Heckerling, it’s one of many classic scenes in this coming-of-age comedy, which transcended its own silliness to have an enduring cultural impact.

DEAR WHITE PEOPLE Stream on Netflix. Justin Simien’s satirical comedy revolves around a group of black students at a fictional elite, predominantly white university. Season 3 sees some of them, like Sam (Logan Browning) and Lionel (DeRon Horton), struggling to balance their own ambitions with their longstanding push for change at the school. “I think the show has two goals,” Simien told The Times last year. “One is to allow people who don’t necessarily look like us to see themselves in characters they don’t expect to.” And the other, he added, “is to make people who’ve actually gone through these experiences go: ‘Oh my God, totally. I’m so glad someone finally put it that way.’”

Gabe Cohn writes about television, fine art, film and other topics related to culture and the arts. He joined The Times in 2017.