A new series based on the classic French novel premieres on Starz. And a spinoff of the popular series begins on Bravo. 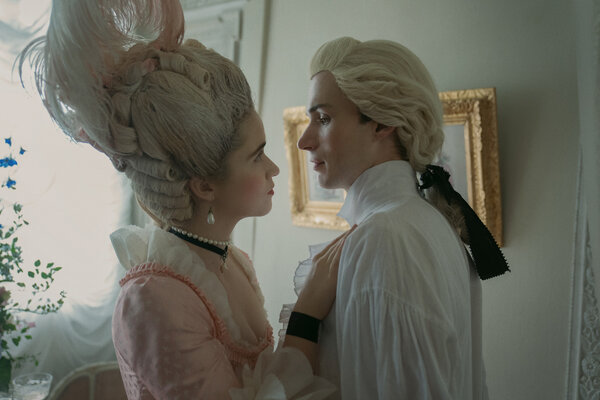 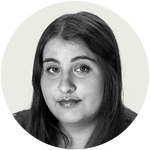 Between network, cable and streaming, the modern television landscape is a vast one. Here are some of the shows, specials and movies coming to TV this week, Oct. 31 — Nov. 6. Details and times are subject to change.

HOCUS POCUS (1993) 9 p.m. on Freeform. This film’s original theatrical release can only be described as a flop (it only made $39 million domestically after a $28 million budget). But after years of airing on the Disney Channel and ABC Family, it has become a Halloween favorite. It stars Bette Midler, Sarah Jessica Parker and Kathy Najimy as the Sanderson sisters — three witches who are accidentally conjured back to life by two teenagers. There’s also a talking cat, a zombie and lots of soul sucking. The long awaited sequel was released last month.

BELOW DECK ADVENTURE 9 p.m. on Bravo. Overbearing guests, boatmances and explosive fights, all while crammed into a couple rooms underwater, are part and parcel of the “Below Deck” franchise. This edition raises the stakes by taking all the glamour of yachting and mixing it with extreme activities — including paragliding, exploring caves and helicopter rides. This season features a whole new roster of yachties — you can be guaranteed to see a “Real Housewives” star onboard.

THE DAILY SHOW WITH TREVOR NOAH PRESENTS: JORDAN KLEPPER FINGERS THE MIDTERMS 11:30 p.m. on Comedy Central. With the midterm elections next week, reports of election denial or misinformation are still running rampant. Though there is no evidence of tampering with the 2020 election, 28 percent of voters said they had little to no faith in the accuracy of this year’s midterm election results. In this 30-minute special, Jordan Klepper, doing what he does best, talks to the voters at the heart of these issues along the campaign trail.

BABY MAMA (2008) 6:30 p.m. on Starz. What happens when Kate (Tina Fey), a 37-year-old, single executive, decides she wants a baby? She hires Angie (Amy Poehler), a less-than-responsible woman who is happy to trade the use of her womb for some extra cash. The duo end up living together after Angie has a fight with her common-law husband, Carl (Dax Shepard). From there comes lots of shenanigans, mishaps but also some moments that tug on your heartstrings.

THE SEVENTH VEIL (1945) 8 p.m. on TCM. Ann Todd plays Francesca, a piano player who has a psychiatric disorder that makes it impossible for her to play. Herbert Lom is Dr. Larsen, a psychiatrist specializing in hypnosis, who works with Francesca to unveil her fears one by one — by the end she is able to play piano again and has clarity on whom she loves. “The lifting of the last veil from the burdened brain of the film’s heroine, a concert pianist tortured by complexes, makes for subtle and often exciting drama,” Bosley Crowther wrote in his review for The New York Times.

LOPEZ VS LOPEZ 8 p.m. on NBC. In this new sitcom, the comedian George Lopez and his daughter, Mayan Lopez, play characters of their same names with inspiration drawn from their real lives — they aren’t the first ones to do it (see: Miley Cyrus and Billy-Ray Cyrus in “Hannah Montana”). Selenis Leyva and Matt Shively round out the cast as Mayan’s mother and her boyfriend.

HOW TO LOSE A GUY IN 10 DAYS (2003) 6:30 p.m. on Pop. Why are the leads from this era of rom-coms always journalists? Here Kate Hudson stars as an advice columnist, Andie, who sets out to write an article about how to make a man leave in you 10 days. Matthew McConaughey plays Ben who, simultaneously, makes a bet that he can get a woman to fall in love with him in 10 days. As fate would have it, they set their respective targets on each other, and both of their plans start to backfire.

DANGEROUS LIAISONS 8 p.m. on Starz. Inspired by the classic novel by Pierre Choderlos de Laclos of the same name, this show tells the origin story of how Marquise de Merteuil (Alice Englert) and the Vicomte de Valmont (Nicholas Denton) met. Taking place in Paris, they use their mutual connections and cunning skills to scale their way up the ranks of society.

FAMILY KARMA 9 p.m. on Bravo. Love is in the air on the third season of this reality show, which follows a group of seven Indian Americans as they navigate their careers, family and relationships. This season we see Vishal Parvani and Richa Sadana’s wedding, as well as the lead-up to Amrit Kapai and Nicholas Kouchoukos’s nuptials. With everyone at different stages of life and relationships, there is plenty of tension and celebration.

SPECTOR 9 p.m. on Showtime. This four-part docu-series revolves around the night of Feb. 3, 2003, when the actress Lana Clarkson was shot and killed in the music producer Phil Spector’s home. After a night out in Los Angeles, the two went back to his mansion, and then hours later Clarkson was found with a single bullet through her head. Through the lengthy trial, the defense tried to argue that Clarkson had shot herself, but the jury found Spector guilty, sentencing him to 19 years to life in prison, where he died last year of Covid-19 complications. The series shares stories about both Clarkson and Spector, with his conviction as the backdrop.