A room of one’s own! 11-year-old girl transforms an old camper into her own beachy boho-style ‘tiny home’ complete with a bedroom, kitchen, and bathroom for just $800

An 11-year-old girl renovated an old camper to make herself an adorable ‘tiny home’ complete with a bedroom, bathroom, and kitchen area — and it only cost her $800.

Lauren Nelson, a middle-schooler from Attica, New York, spent the past two months transforming the rundown camper she has dubbed ‘Camp Hygge’ after being inspired by American Girl doll magazine to make a space of her own.

‘She showed us a $650 little VW bus that they sell. My husband was like, “That’s ridiculous, you could buy your own camper for that price,”‘ Lauren’s mother, Aimee Nelson, told the local news outlet WKBW. 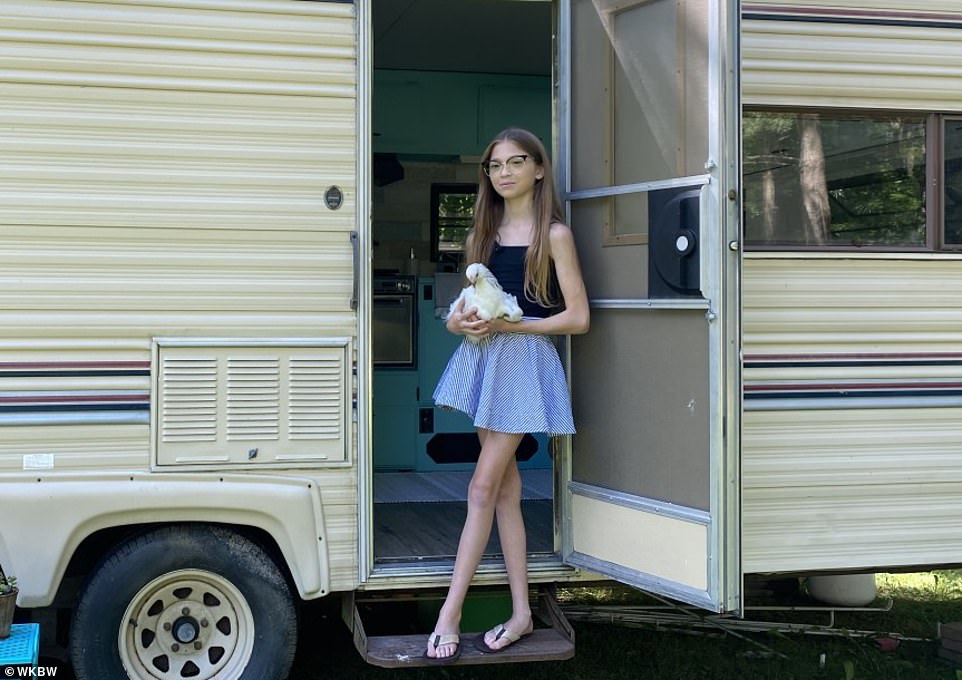 Incredible: Lauren Nelson, an 11-year-old from Attica, New York, spent the past two months renovating a rundown camper and turning it into her dream tiny home 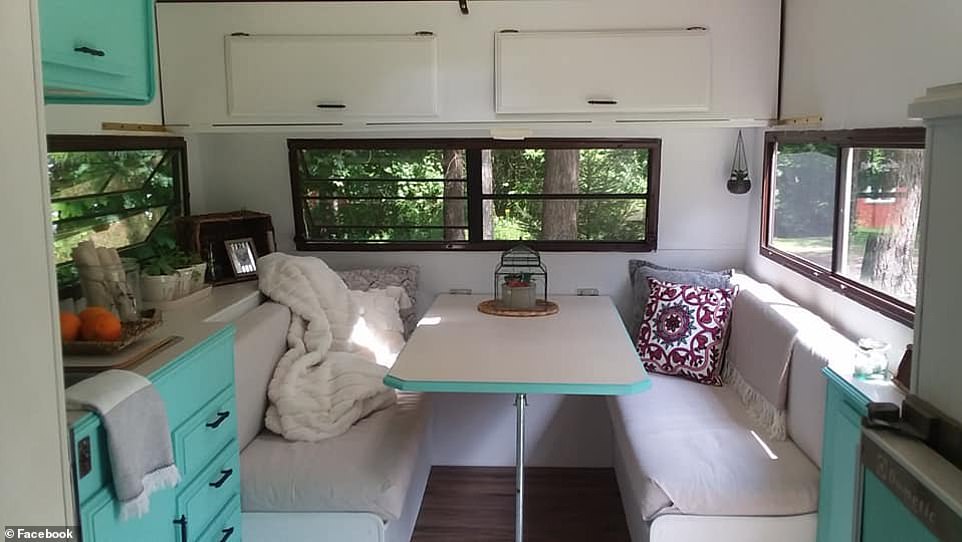 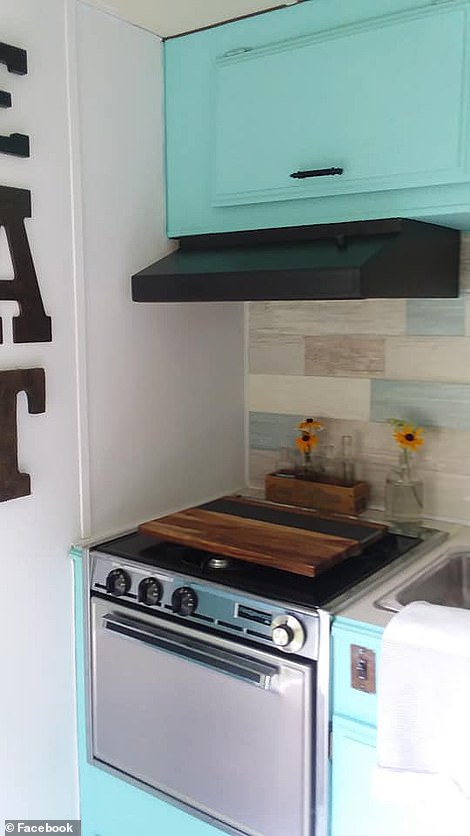 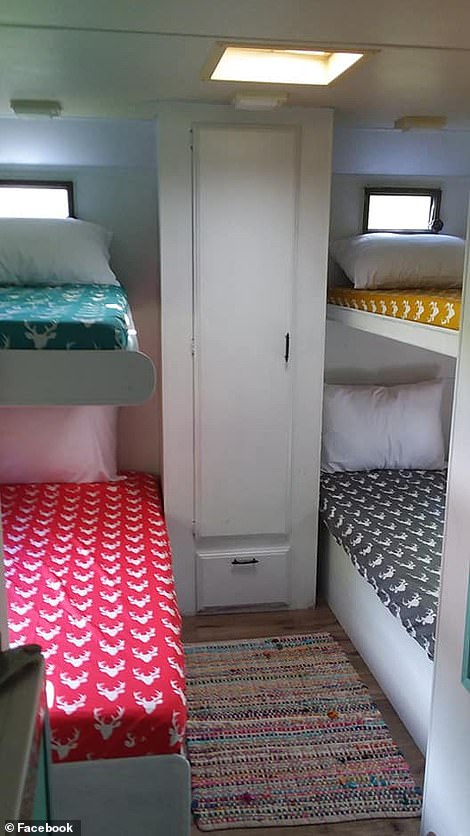 Everything you need! The camper has a small kitchen area and four bunkbeds — perfect for sleepovers

Lauren took her father’s words to heart and started saving.

She put aside the money she would have used to go to 4-H camp and raised more by selling items at garage sales.

As fate would have it, she had $400 saved when her neighbor down the street put a ‘For Sale’ sign on his RV — and his asking price was within her budget.

‘It wasn’t very hard. He said $500, and I said $400, because that was the money I had in my bank account and he said sold,’ Lauren said of the negotiation.

The preteen was dedicated to designing her dream tiny home, even after they came across a family of mice while deep cleaning the camper.

Lauren was wisely frugal while taking on the project and only spent $400 on renovations and decor.

She took inspiration from Pinterest and HGTV’s Tiny House Hunters, which helped her achieve the look she was going for.

With her family’s help, Lauren put in new floors, painted the kitchen cabinets a bright teal, covered the plaid benches with white fabric, and made a backsplash above the sink using decals. 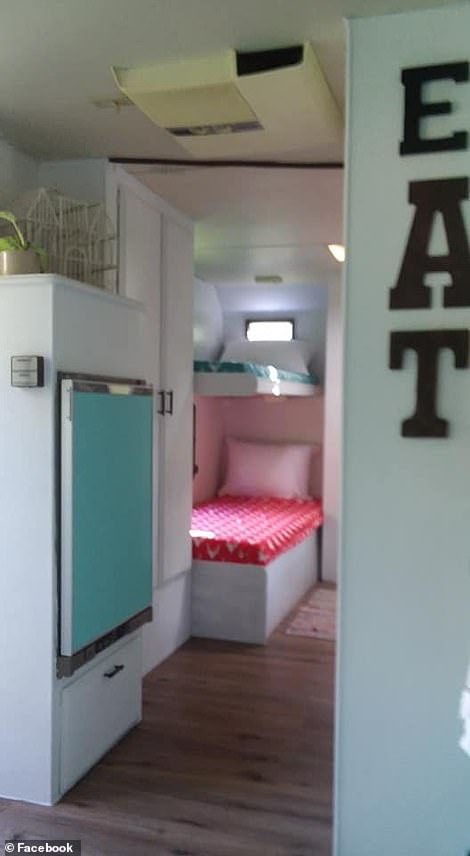 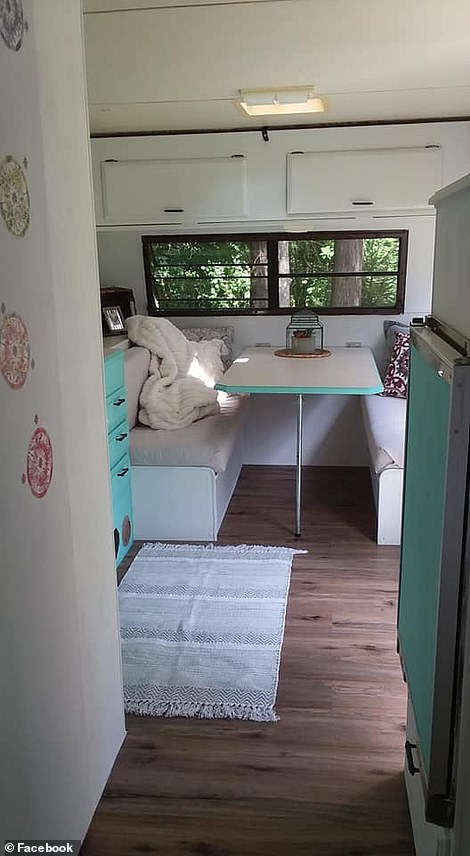 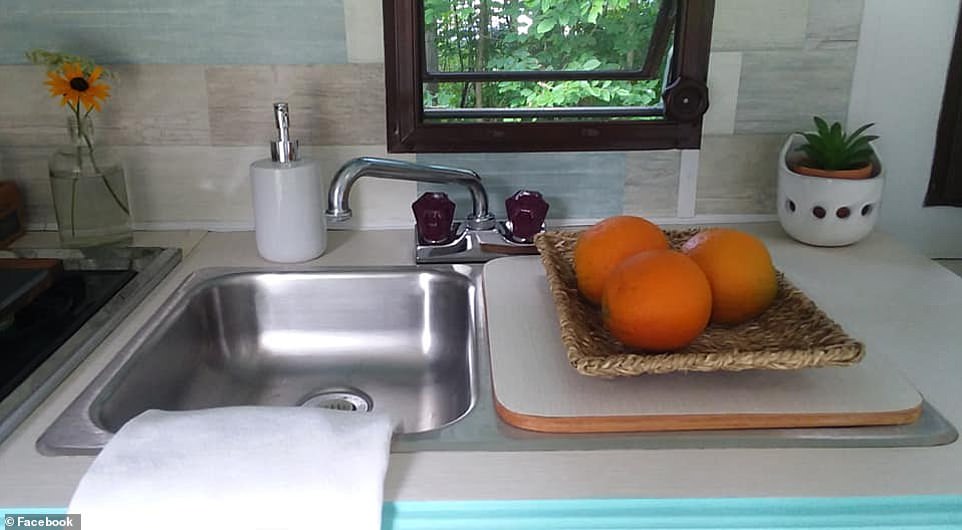 Decor: A straw tray with oranges and a glass flower vase makes the place feel homey 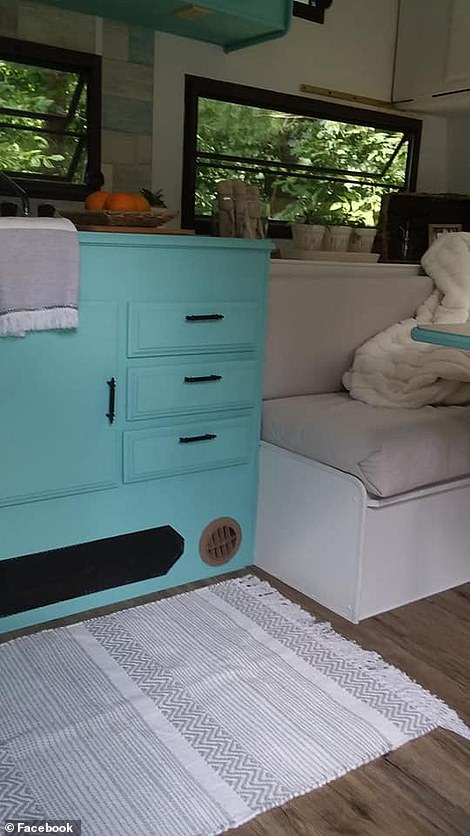 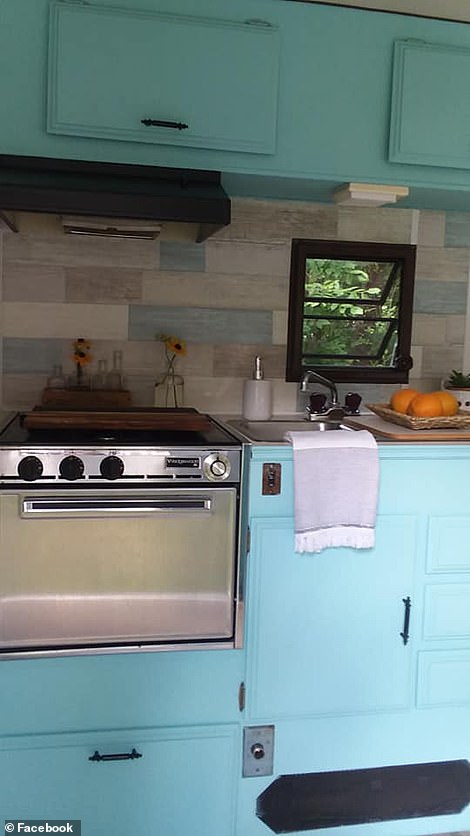 Start of it all: Lauren was inspired to get her own RV after seeing a $650 VW bus in American Girl magazine 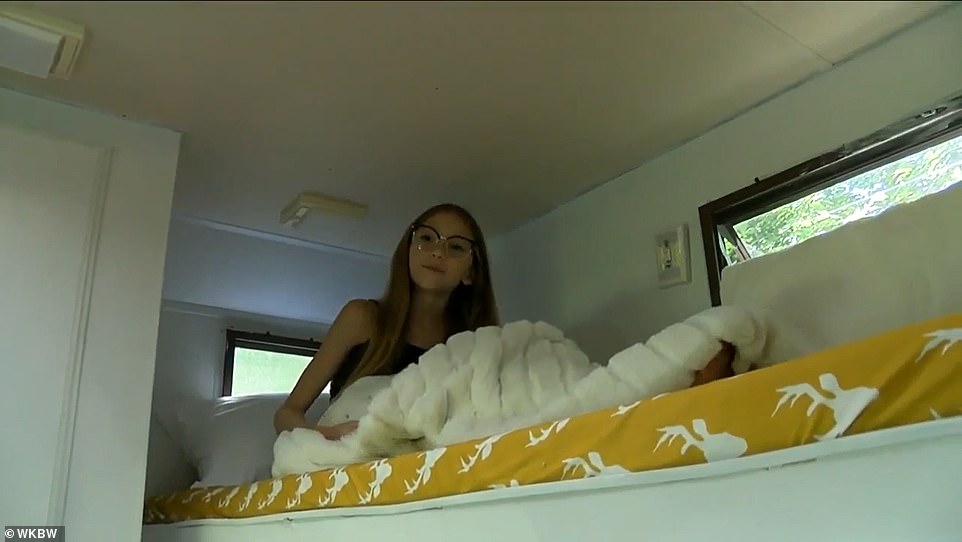 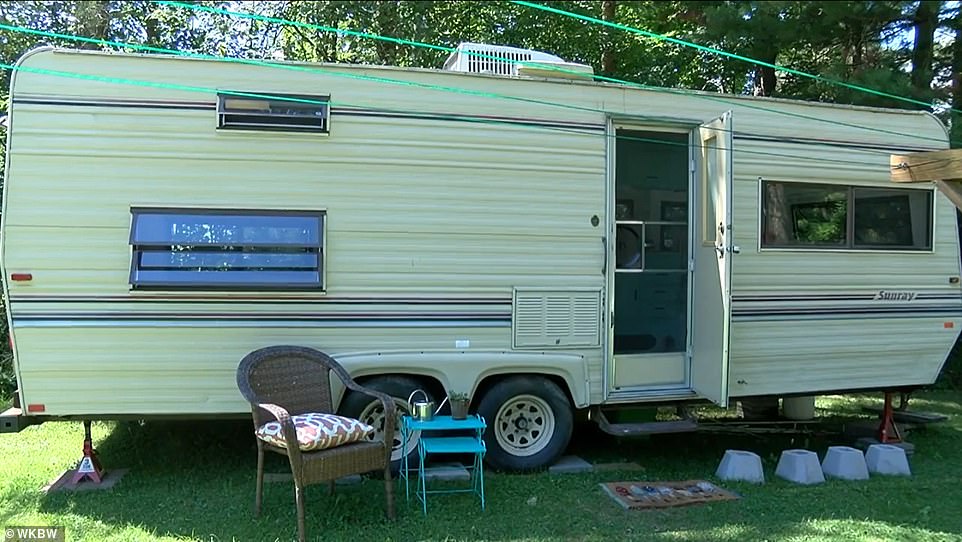 Outdoor space: Lauren has a wicker chair and small table outside for when she wants fresh air. She named the RV ‘Camp Hygge’ in reference to the Danish concept of coziness

Most of the decor came from her home, but she was also gifted throw pillows, sheets, a rug, and cozy throw blankets for her birthday.

When Lauren was done, her dated camper was transformed into the beachy boho space she had envisioned, and she now spends five days a week there.

She named her tiny home Camp Hygge in reference to the Danish concept of coziness, which she learned from a Simplisafe TV commercial.

Her mother proudly shared before-and-after photos of the camper on Facebook, writing: ‘I just don’t understand why my house doesn’t look like this!’ 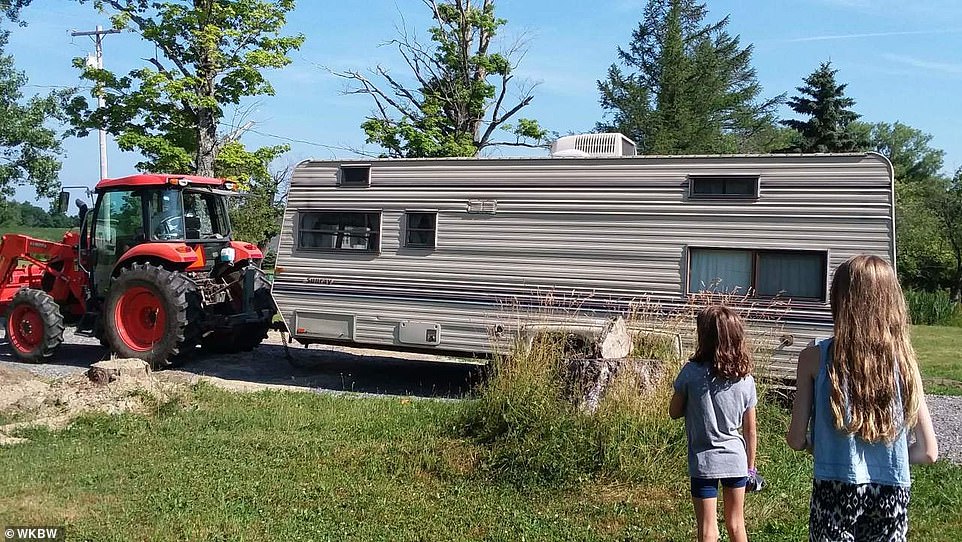 Looking back: The go-getter bought the old RV from a neighbor who was selling it for $500. She negotiated the price down to $40, telling him that was all she had in her bank account 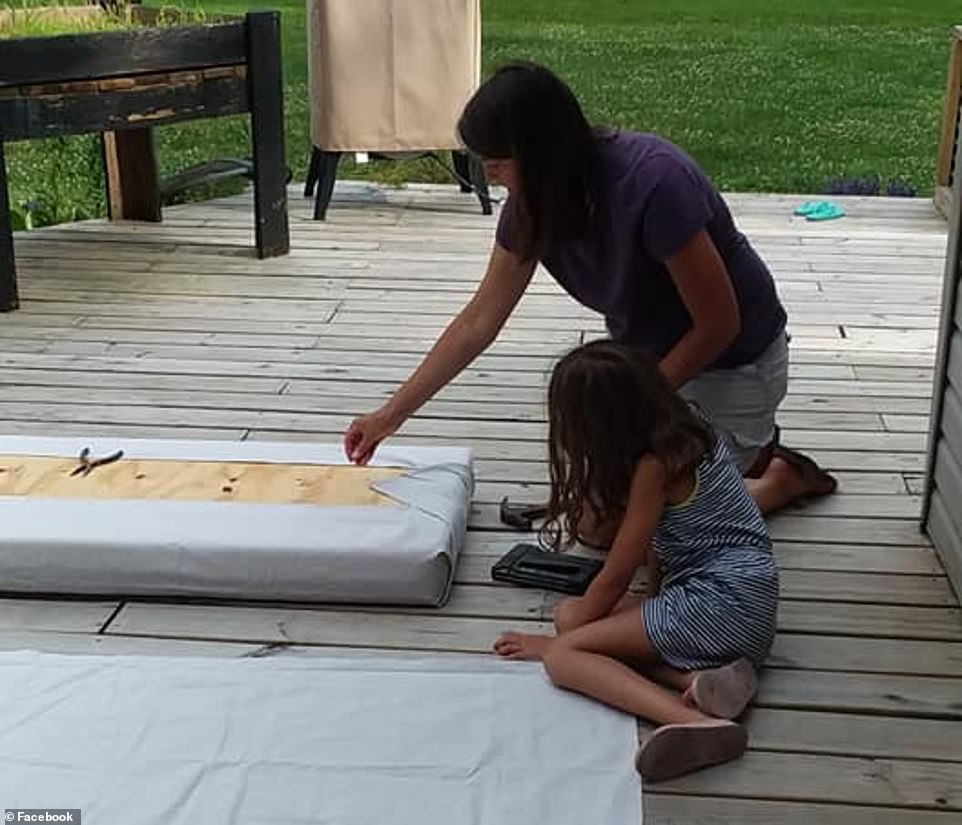 Teamwork: Lauren’s mother (pictured) helped her reupholster the benches to her liking 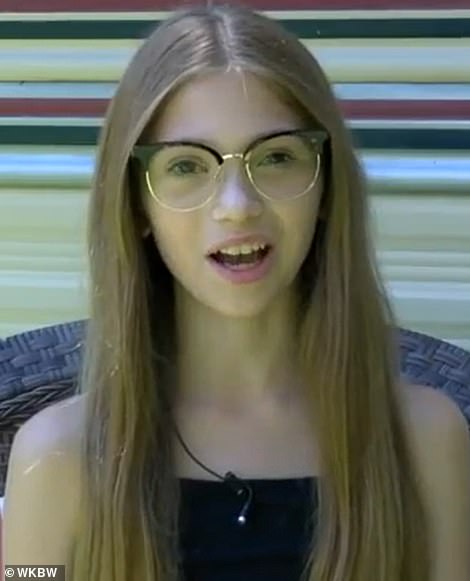 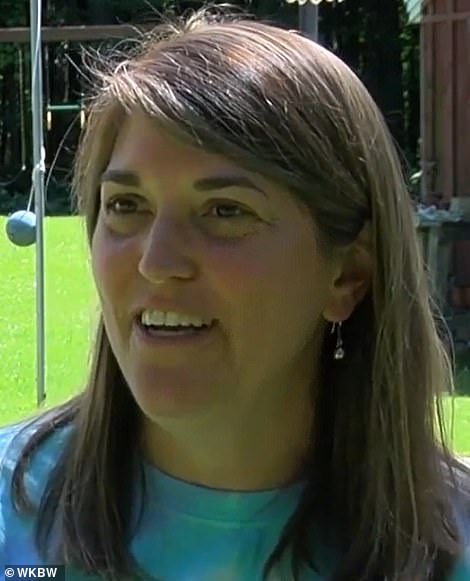 Fans! Lauren and her mother have received a number of messages who were inspired by her project and want to do something similar

Lauren hopes to one day have a career in home renovation, and it seems she is off to a great start.

The family has received a number of messages who were inspired by her project and want to do something similar.

‘How cool! I need a camper to hide out in,’ one fan wrote on Facebook.

‘You are starting out in this world ahead of the game,’ another commented. ‘You’ve already learned the value of a dollar and how to buy a lump of coal and turn it into a diamond.’

Lauren wants others to take on similar projects.

‘If you’re looking to have some big plans in the future, you should go out and do it. Make it happen,’ she said.