For even an acclaimed Australian film, an art-house cinema release is likely to attract an audience in the hundreds of thousands at best.

But it shows how much entertainment has changed that the country’s latest hit, The Stranger, has attracted a global audience in the tens of millions on Netflix.

Director Thomas M. Wright’s dark drama about an undercover police operation was the third most popular film around the world on the streaming service last week. The film, which has a runtime of one hour and 57 minutes, has registered almost 28 million viewing hours since dropping on Netflix late last month.

Only two American films stacked with Hollywood stars, The Good Nurse and The School For Good And Evil, clocked up more viewing hours.

A delighted Wright calls it “an emphatic Australian success” – the kind that has not happened for a modestly-scaled local film since Animal Kingdom more than a decade ago.

“To have a premiere at Cannes, to be the first Australian film in the Un Certain Regard [the festival’s official selection] in eight years, and then to be taken on by Netflix, we didn’t know how it would land,” he says. “But to be the third most watched film worldwide on Netflix exceeds anybody’s expectations.” 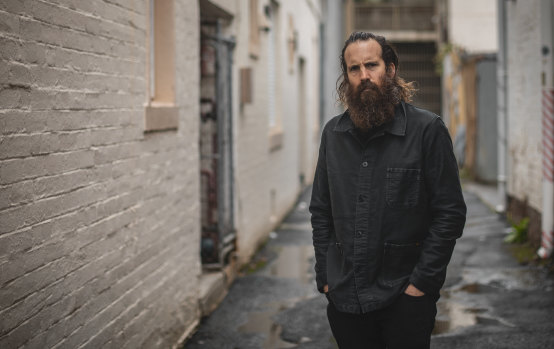 The Stranger, which was inspired by the police operation that hunted down the abductor of 13-year-old Daniel Morcombe in 2003, stars Joel Edgerton and Sean Harris.

Wright, who has previously only directed the 2018 film Acute Misfortune, thinks the positive reviews and the reputations of Edgerton and Harris – “two of the finest actors working in English language cinema” – attracted viewers to The Stranger.

“People are ready to go and watch films that are built around strong, transformative, unpredictable performances,” he says. “That’s the cinema I love.”

Wright also believes there is a taste for difficult material in films that is often under-appreciated.

“It’s not an easy film to watch, but I think it’s satisfying in a classical narrative sense,” he says. “It’s a work of real narrative ambition and scale … And what’s immensely exciting is that it shows there’s an international appetite for Australian cinema.”

So, is streaming now the best platform for art-house Australian films?

One of The Stranger’s producers, Emile Sherman, said last month that “it’s fair to say that the cinema [being] a primary place to see movies is a thing of the past for the independent sector”.

As Wright points out, leading directors as Martin Scorsese, Alfonso Cuaron, Jane Campion and Andrew Dominik are now making films for Netflix. Although he did like that The Stranger had a short cinema season before streaming. 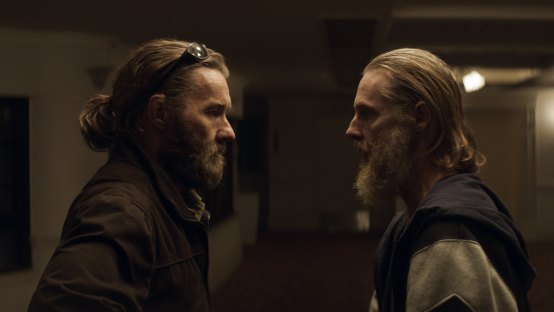 Joel Edgerton and Sean Harris in The Stranger.Credit:Ian Routledge

“All filmmakers want to see their work projected on the cinema screen, and I’m thankful that we had that opportunity,” he says. “But maybe something about the claustrophobia of the film, the intensity of the film, the fact that it’s about a kind of exterior violence making its way inside the home and inside the mind of the central character, has really resonated on [Netflix].”

While the Morcombe family has protested about what they considered exploitation of their son’s story, Wright says that after contacting the family to tell them about the film three years ago, he has always respected their right not to be involved.

A cultural guide to going out and loving your city. Sign up to our Culture Fix newsletter here.