There’s a reason most people don’t stay friends with their exes. Ariela Weinberg and Biniyam Shibre discover why in Us Weekly’s exclusive sneak peek of the Sunday, September 12, episode of 90 Day Fiancé: The Other Way.

“I still can’t believe Bini invited his ex-girlfriend and dance partner, Tsion, to dinner tonight,” Ariela tells the cameras, suggesting that it was Biniyam’s way of “getting revenge” on her for remaining close to her ex-husband, Leandro, who is also present for the outing. 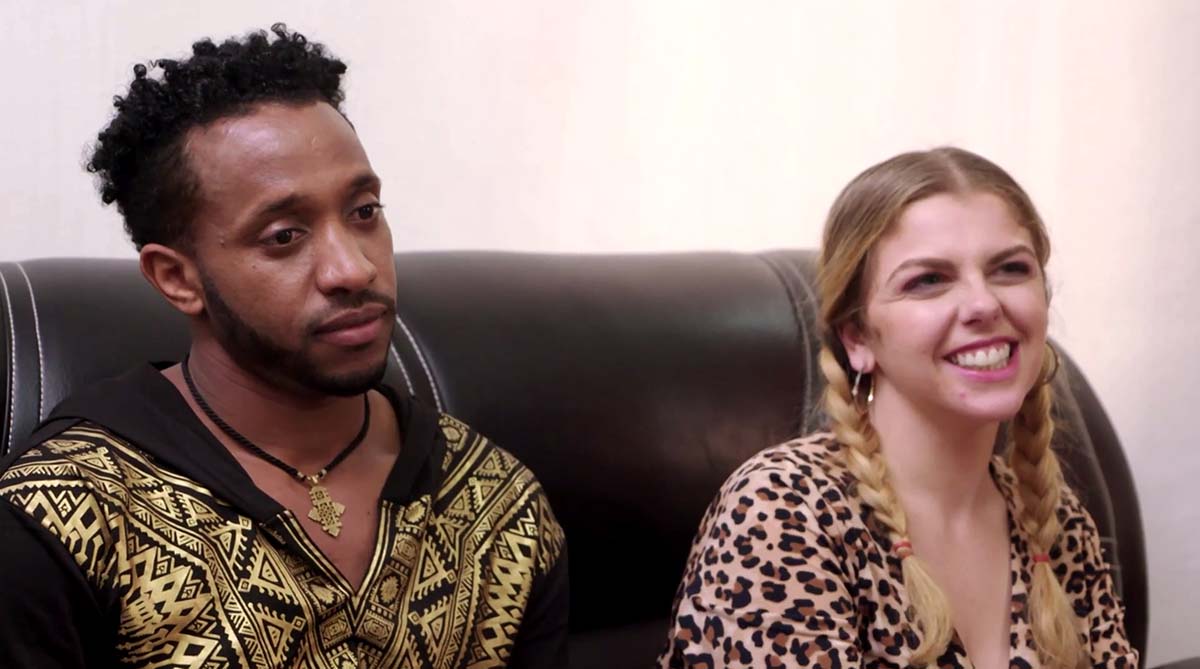 When Tsion arrives, Biniyam introduces her to Leandro. “Ex-husband? Really? He’s cute,” she says, to which Ariela responds, “OK, well, it’s better you look at him than at [Biniyam].”

The Ethiopia native goes on to explain why Leandro is there. “Leandro and Ariela [are] very close, just like me and you,” he notes.

Despite the seemingly friendly start to the evening, things take a turn when Leandro questions Biniyam’s split from Tsion. “When I saw Tsion first walk in, she’s gorgeous. She’s extremely beautiful,” he tells the cameras. “To me, it doesn’t make much sense why they are not together. I would like to know why they ended … the relationship.”

After some prodding from her ex, Ariela takes the reins on the inquiry. “I’ve been wanting to ask you this for a long time, so I’m sorry if it seems, like, rude, but he just has so many questions, so now I have to ask the question,” she tells Tsion. “So, I mean, I’d like to ask you, like, why did you break up?”

Biniyam wonders why Ariela is bringing up the topic. “You can ask [Leandro] anything you want, he gave you advice — it’s only fair,” she retorts, as Leandro chimes in, “He asked me the same question, so it’s fair.”

Biniyam begins to translate Ariela’s question to Tsion, but when she hesitates to answer, Leandro ponders aloud, “Did he cheat on her?” leading Ariela to ask the same thing.

’90 Day Fiance’ Original Couples: Who Is Still Together?

“I think,” Tsion tells Ariela amid nervous laughter. She then turns her attention to Biniyam, saying, “I’ve never spoken about it with you, but she’s making me talk.”

Leandro came to stay with Ariela and Biniyam during season 3 of 90 Day Fiancé: The Other Way. She defended the close quarters in an August interview with Us.

“Me and my ex-husband, we’re still great friends,” she said. “We have a great relationship. He’s really involved in my life. He still talks to my family and he’s involved in family holidays and stuff.”