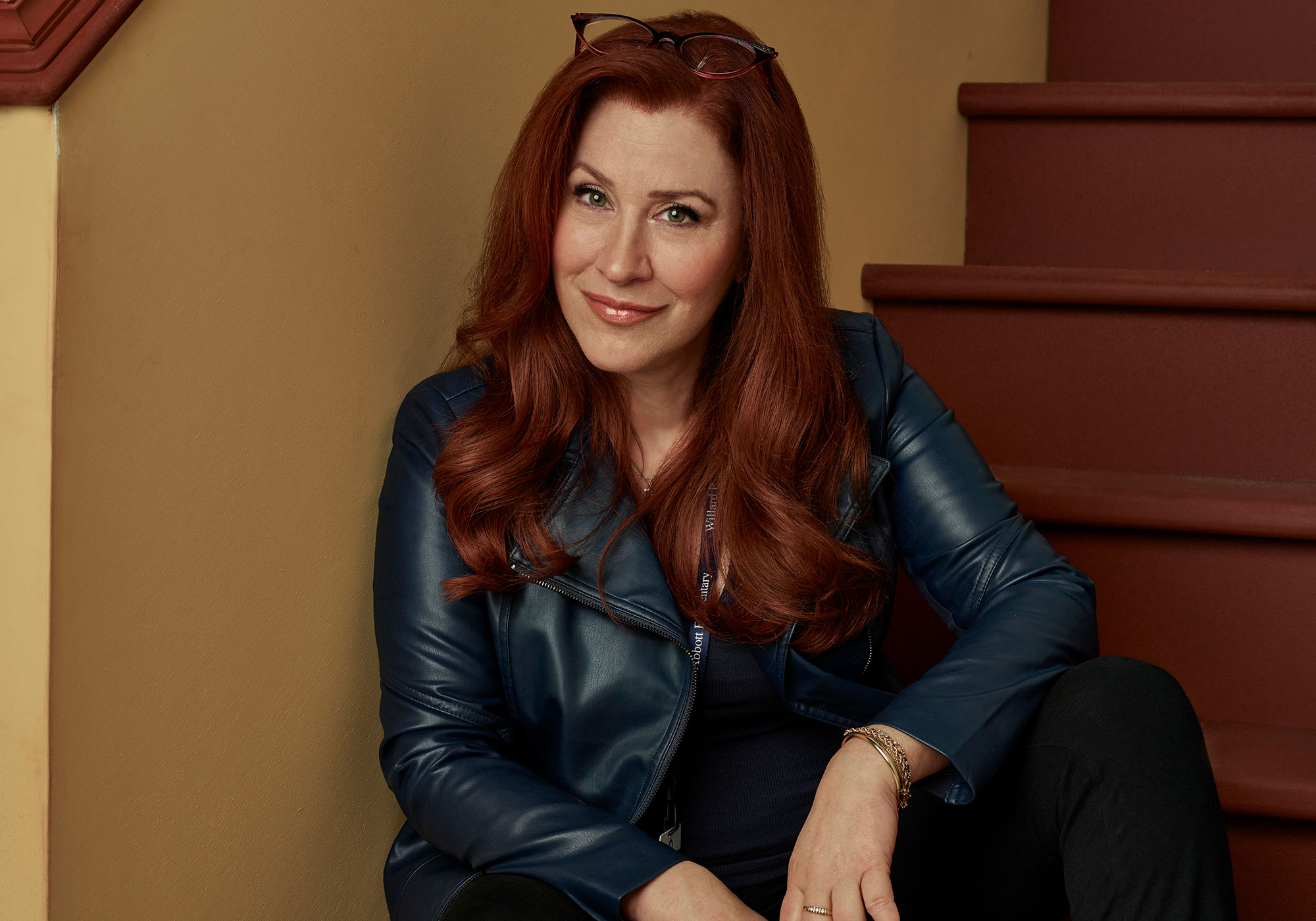 Lisa Ann Walter knew Abbott Elementary was a hit when she read the pilot — and that the role of Melissa Schemmenti was made for her.

“It’s rare now that people get excited about [a] half-hour [comedy] on network [television] because they’re so used to some crazy idea on streaming,” the actress, 58, exclusively told Us Weekly. “When I read it, I laughed out loud. I cried and I went, ‘This is me. Melissa is me. I got to be a part of it. There is nobody else.’ I know the actors that go out for the roles I go out for. I’m it. I know this woman.”

Which TV Shows Are Renewed and Canceled in 2022

For her audition, Walter “threw in some little Sicilian slang” for creator Quinta Brunson and director Randall Einhorn. But it was her walking off frame and throwing her bag over her shoulder while half-listening to her fictional coworkers that sealed the deal.

“[They said], ‘We’re done. That’s good. Twenty seconds of this. She’s it.’ So I guess I felt like I was right. And they felt like I was right,” she mused. “And I looked at this show and went, if it makes me laugh and cry on the page, I don’t know if we’re going to get there once I see it, but I know what’s here. And then I met Quinta and I was like, ‘This is the most adorable human on the planet.’ She cannot not be likable. Everybody that sees her, loves her. So I said, we got a shot. And then first week of shooting the pilot, the chemistry was so off the chain that we were all like, ‘Do you all feel this? Like, we’re not making this up. Right? No, but shut up. Don’t anybody jinx it.’ So we all felt it.”

Brunson, 32, based the ABC comedy on her sixth-grade teacher, Joyce Abbott, and her upbringing in the education system in West Philadelphia. 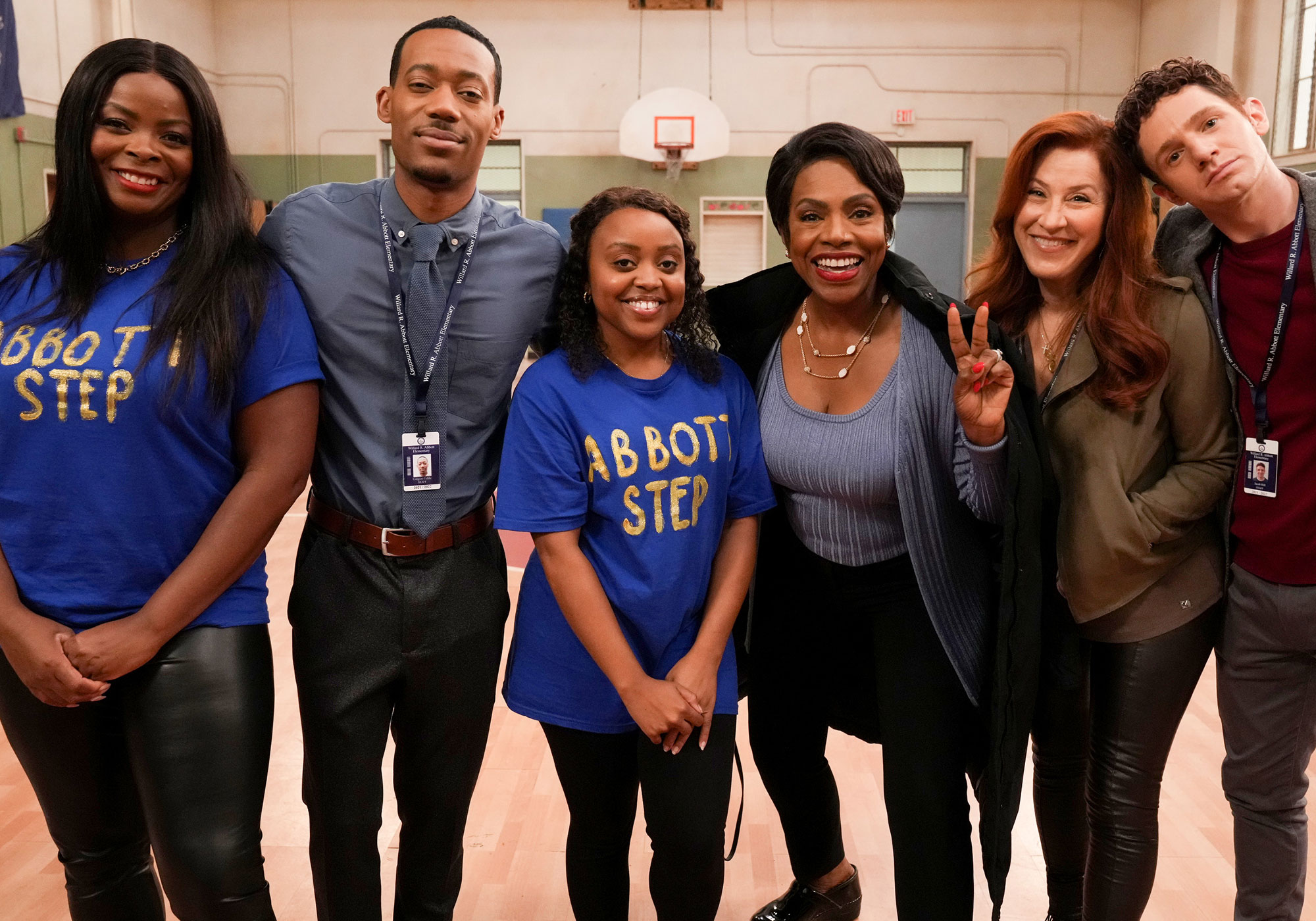 “Quinta and the fabulous executive producers and the writing staff have found ways to sneak in really serious discussion items like the school-to-prison pipeline. It’s not like, and here’s the message. I wouldn’t want to be a part of anything that was ham-fisted. And Quinta wouldn’t. She made it very clear from the beginning,” Walter explained. “The No. 1 goal of this show is to be funny, that’s it. So every once in a while, we’ll have some serious subject [matters]. … There was so much beautiful story in there about the gifted program and what a great idea it is for some people. But I was in the gifted program growing up and I never thought about the kids that were not in the special class. So it brings up that discussion and people talk about it and we get to see it.”

And the story lines have paid off. Last month, it was reported that the series — which debuted only in December 2021 — nabbed ABC’s strongest comedy ratings since Modern Family’s series finale in April 2020. On Monday, March 14, it was officially renewed for a second season.

“The finished product of this pilot was exactly what I pictured. And as somebody who’s been on the producer side and has watched casting get put together, sometimes you don’t get what you want because people have ideas on the network level,” Walter told Us. “This edit on this pilot was everything I would’ve chosen. And it’s a testament to Quinta because she knew what she wanted. She had a very clear and direct vision and Warner Brothers our studio, and ABC, the network, listened to her. This 32-year-old, 4-foot-10 woman of color. They went, ‘She knows this world, let her do it.’”

Like Brunson, Walter also has ties with the education system. Her mother was a public-school educator in D.C., and it meant “everything” to her to be able to show her the pilot before her passing last June. In years past, she often never told her mother what projects she was in until they debuted, but she wanted to make sure she got to see this one. 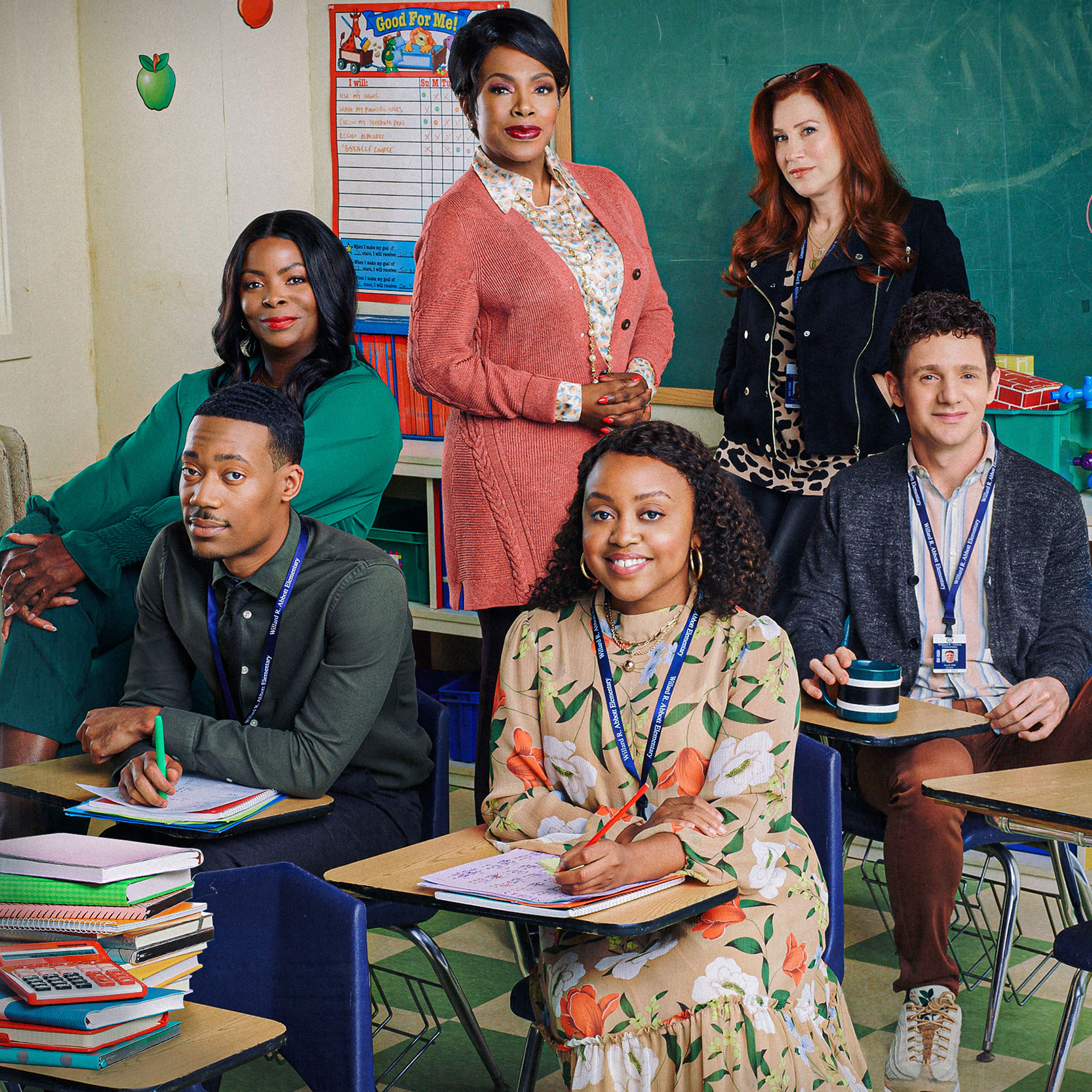 “I talked to my manager, and I said, ‘Can you please get a copy of the pilot? I want my mom to hear it or experience it.’ And within three minutes, Quinta sent it to me directly. I was really lucky that I got to share it with her,” she told Us, tearing up. “When you’re that teacher, you may be that inspiration for them to create something like Abbott Elementary or to invent something. … Educators have been so under fire in the last couple of years. People went from, ‘Oh, my God, thank God for you. I can’t stand teaching my kids at home. Like, I can’t wait to give them back to you.’ And then it became some other stuff of, ‘We don’t like how you’re saying things or what you’re saying.’ … As the mom of four kids, I know how important it is for children to be in a classroom that’s not 40 children. You can’t teach 40 [at a time]. Believe me, my boys, my identical twins. I would meet teachers at the beginning of the year and start with, ‘I’m sorry.’ That was my opening line. So to have their classroom size be what it should be, have the funding what it should be, all of that’s important. But at the very least let’s start with, ‘I see you. And I respect you as a full human being.’”

‘The Parent Trap’ Campers: Where Are They Now?

For the Parent Trap actress, she always wanted to do “something where people felt connected” to what she “was doing emotionally.” With Abbott Elementary, she’s succeeded.

“With a half-hour sitcom, people have to want to invite you into their home. And they feel like they know you. And they feel like they’re part of your little family, your world. Each one has a different connection to the characters, but they’re invested in your relationships with each other,” she told Us. “That breaking through or be being part of something that you’re thrilled to be part of is amazing. It’s a miracle.”